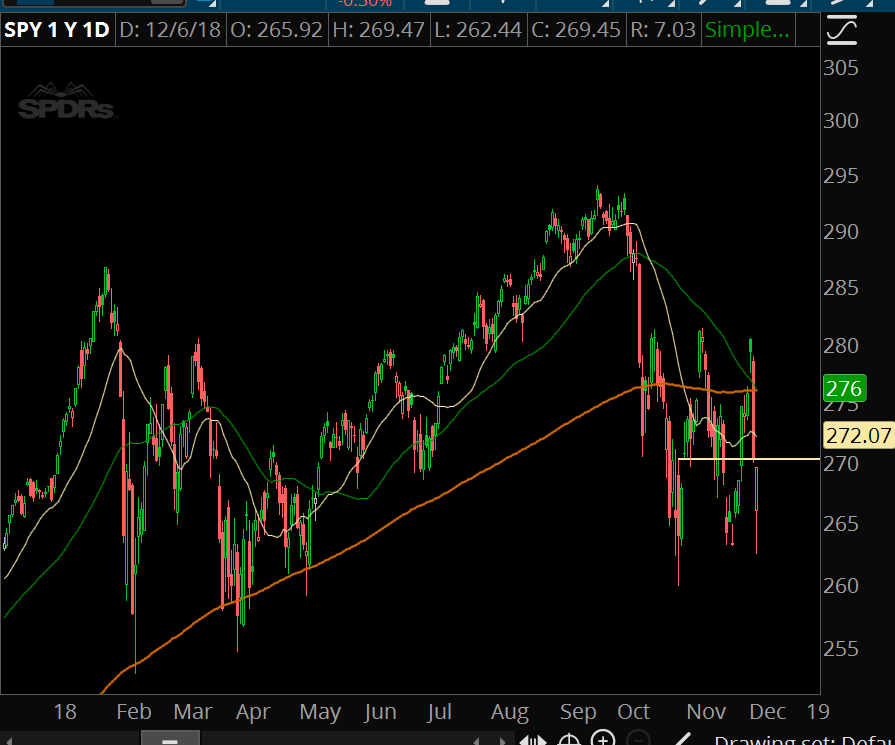 I have no idea what took place on Tuesday.

Nobody does. It was straight up technical selling ahead of a mid-week holiday.

During normal pullback, you tend to see a swift move lower, a retest of the lows, and the the start of contracting volatility. That doesn’t mean an absolute bottom is in, but it means the average daily ranges that the market trades start to contract.

So when the market jams higher into 280 on some China deal that isn’t really a deal… it was reasonable to expect the market to pullback and fill that gap. Yet to see the extension lower that we saw… that’s not a recovering market.

The way the markets traded into today’s followup gap is indicative that buyers are willing to come in aggressively at 265. And now we’re almost back at 270.

Let’s keep it simple here then. The longer we hold under 270, the higher the odds the market breaks down.

Yet if the market finds enough buyers to hold above 270 and attempt to recover the move from Tuesday, that will be constructive.

To predict which one will happen… I don’t think that’s the best approach here. We simply don’t have enough data to make a hard prediction. There are plenty of broken stocks, and the strategy we use (credit spreads) work best into pullbacks on stocks with uptrends.

So you could say my watchlist is a little pared down here.

Today, we’ll focus on a fade in volatility, and a pullback trade in gold.

Unlike the past few selloffs, the volaitlity market was much more responsive to the selling this week.

We’re probably setting up for a trade here where, even if markets make a new low, volatility markets won’t make new highs. Why? Because that’s how it tends to work. If you buy derivatives to hedge and they work, you don’t re-buy them… you take them off.

So fading VXX and SCALING IN is going to be a good setup here. 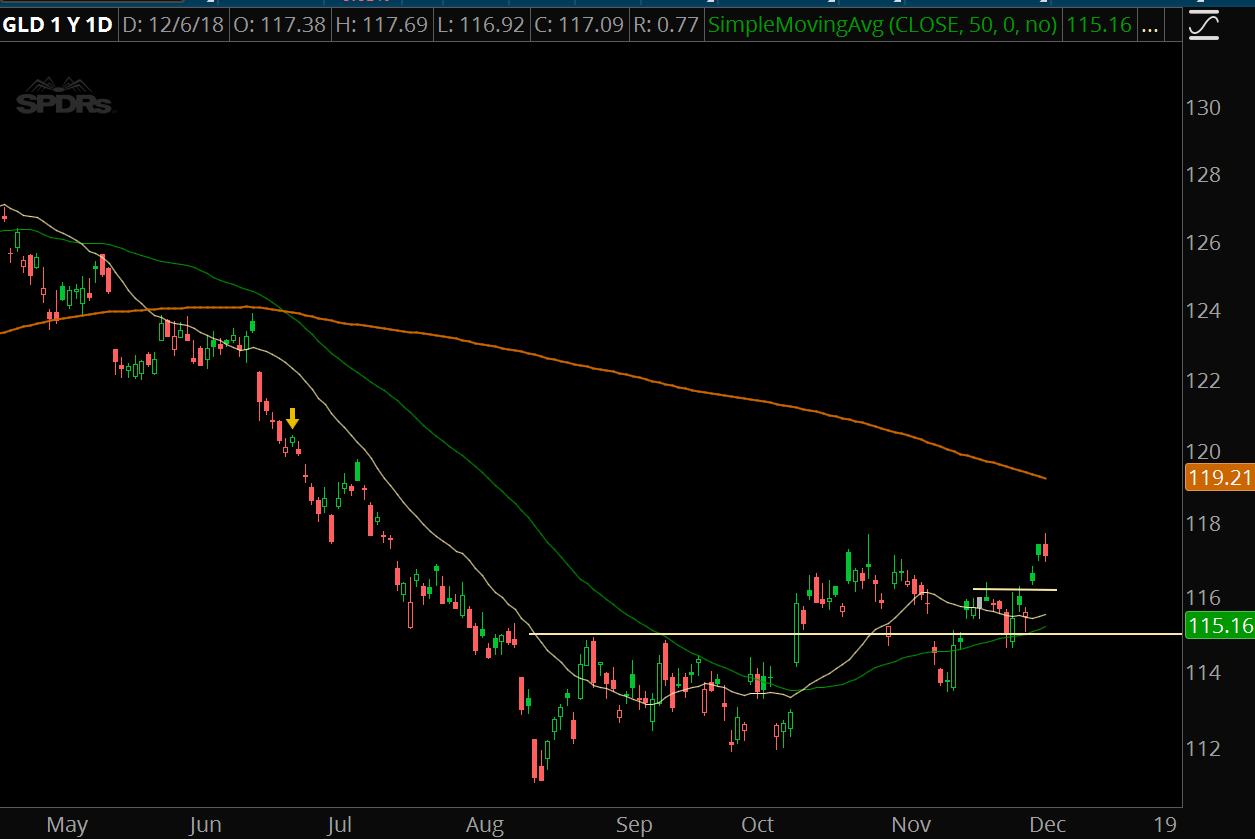 GLD has broken out of a basing pattern, and I’m looking for a retest of the previous resistance levels to have it act as support. I’m using the range highs from last week as an entry point.