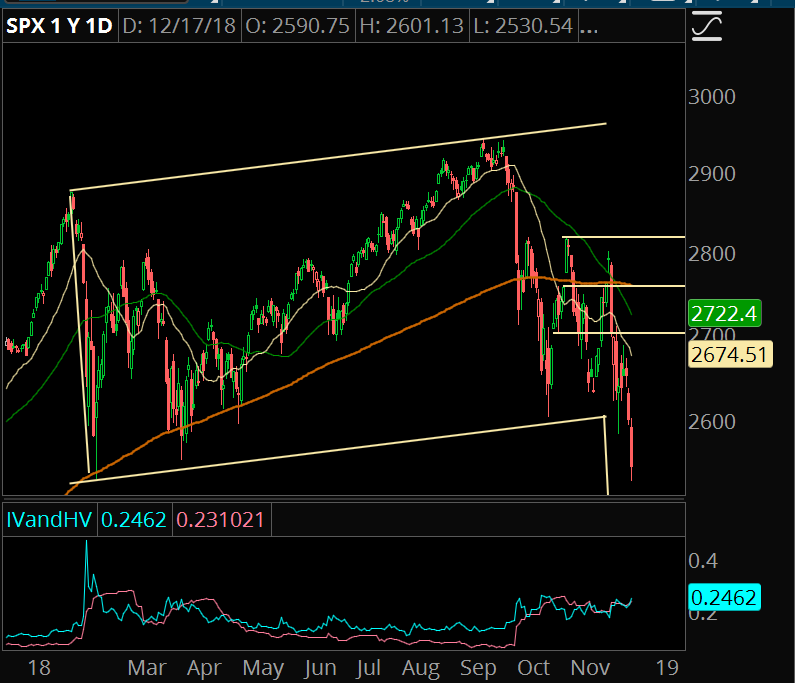 2600 was taken out and sellers came out fairly aggressively. The market tagged the Feb lows during the afternoon session, and while there was a bit of a pop to end the day, we hit a new closing low for the year.

This is the first time since October where it felt like a washout. There were a few indicators I’ve monitored over the past few months that never exhibited any kind of capitulation and now we are seeing it. A good example is the percentage of stocks above the 200 day moving average– it’s now at 25% for the S&P, a level not seen since 2016. We’re also seeing some sentiment indicators hit extremes.

That doesn’t mean it’s an all-clear to buy the bottom. This looks like a bear market.

Yet with credit spreads, you can safely fade down moves… only if there is enough capitulation to justify it. We’re finally seeing some evidence of it. 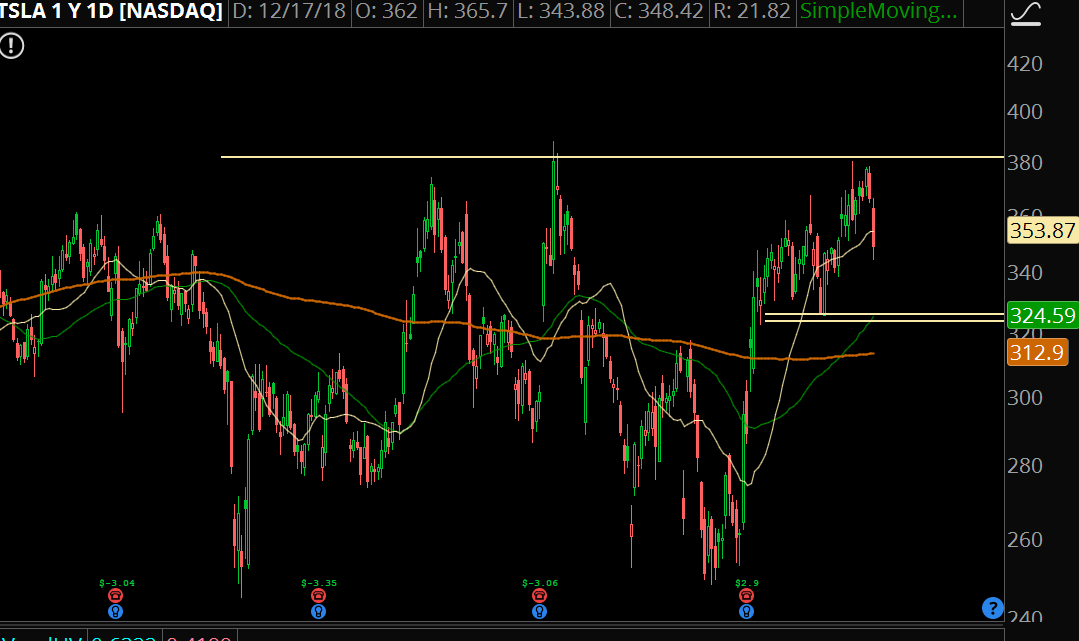 Tesla is one of maybe 5 holdouts in this market. It has continued to zig while the rest of the market zags. A good reasoning behind this– it’s a crowded short, and an easy short, and if you’re a fund getting blown out on your long stocks, you raise cash by closing out your TSLA short.

If it pulls to recent pivot levels, it will also come into the rising 50 day moving average, which is where I want to be involved. 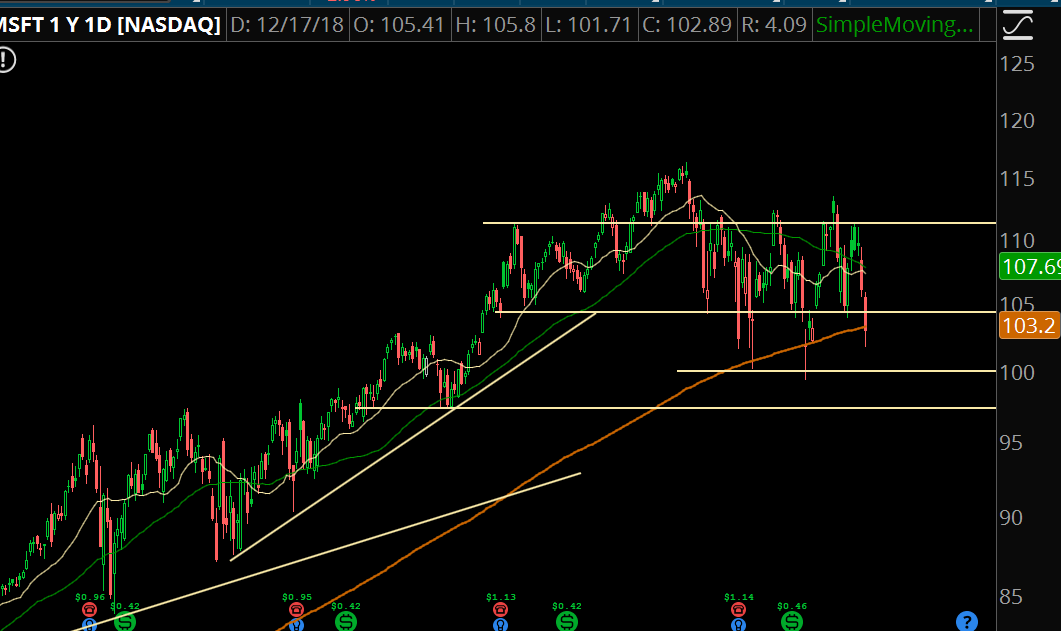 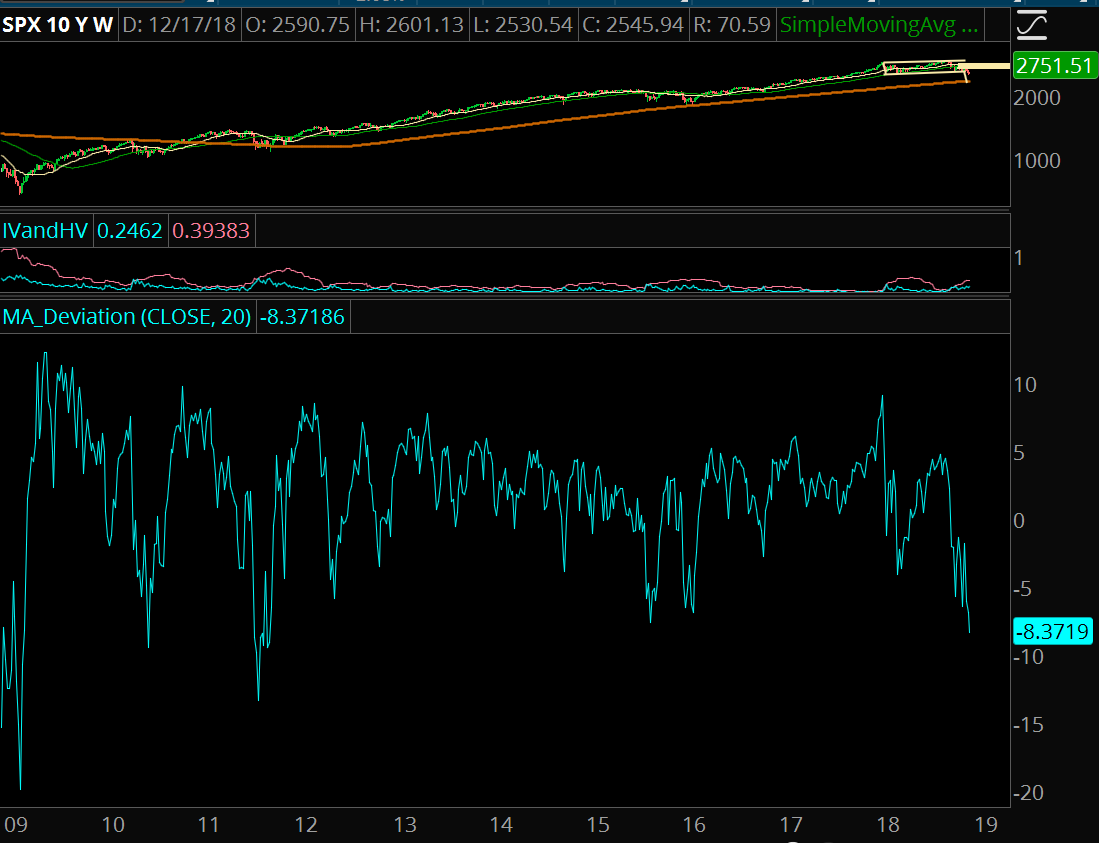 There are a million oversold reading to use to consider a long in the S&P 500… and they won’t matter until they matter. I know that’s hard to understand sometimes, but if there is no liquidity supply and continued aggressive selling, then it’s very difficult to pinpoint which washout is worth a play.