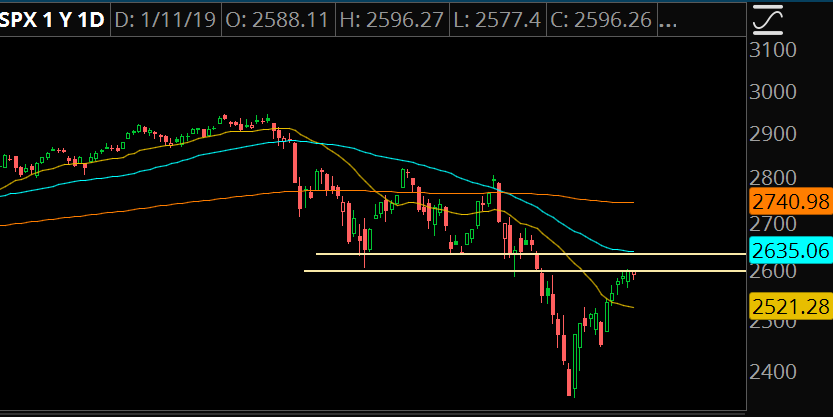 All major markets have bounced and retraced into major pivot levels. For the S&P, it’s 2600, which coincides with key support that is now potential resistance. There is also a declining 50 day moving average at 2635. This leads me to believe that as we head into these levels, fresh sellers will come into play and put a cap on price.

Here’s the contrarian part of all this– the analysis I just told you is “the truth” for the majority of investors and traders. Everyone knows 2600 is supposed to act as a brick wall. Everyone knows that the retest is going to happen.

When has majority consensus been a good path to trade in the markets before?

First, the 2600 level won’t be a clean and easy short. You’ll end up with too many traders leaning short, and if you have enough traders covering into downside action, they create support. Then you get a second push higher which causes people to get stopped out, which leads to higher prices.

The “early shorts smoked” trade is a very reasonable hypothesis in the market.

Second, the attempt at a retest will take longer than most people think. It’s very possible the market attempts to take out 2400 again, but if there are enough investors in cash or hedged, you won’t have the same kind of energy built up. Odds are it will take a full options expiration cycle for the hedges to get burned off, and then we’ll see the kind of attempt.

That hypothesis is based on past retests after downside volatility– they tend to take a month or longer to attempt a retest. 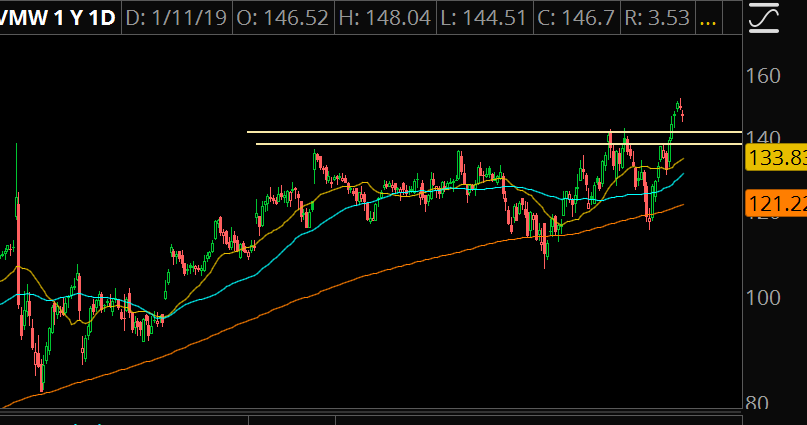 VMW is the strongest stock in the market. It’s hitting new highs while most stocks are down over 10% from their 52 week high.

The chart may look different on your screen if you don’t include the $26 special dividend that was sent out in late December. I chose to include it in the chart because it gives investors a psychological cushion.

I’m looking for a pb2bo setup – a pullback to breakout at 140 to start an entry. 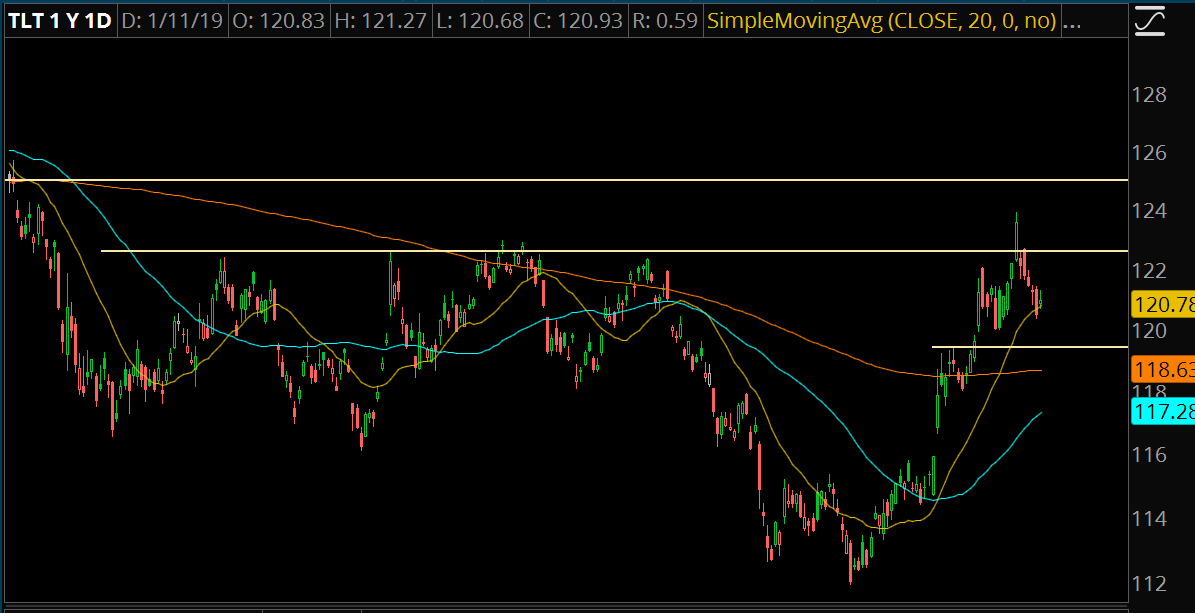 I’m looking for a retest of the previous pivot resistance level to get long TLT. 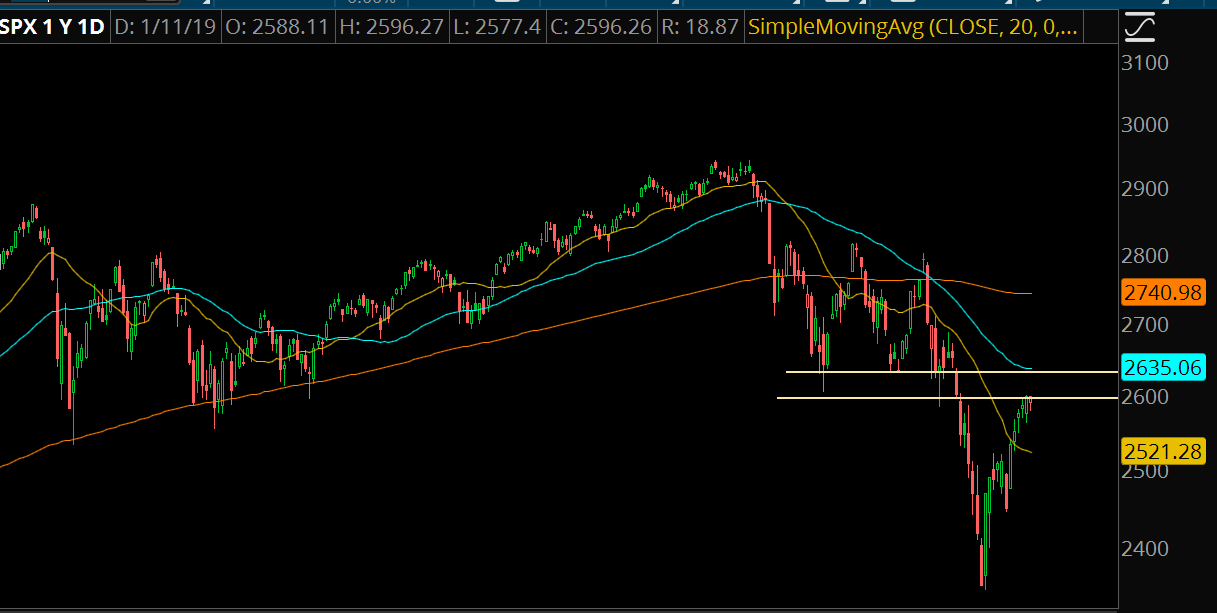