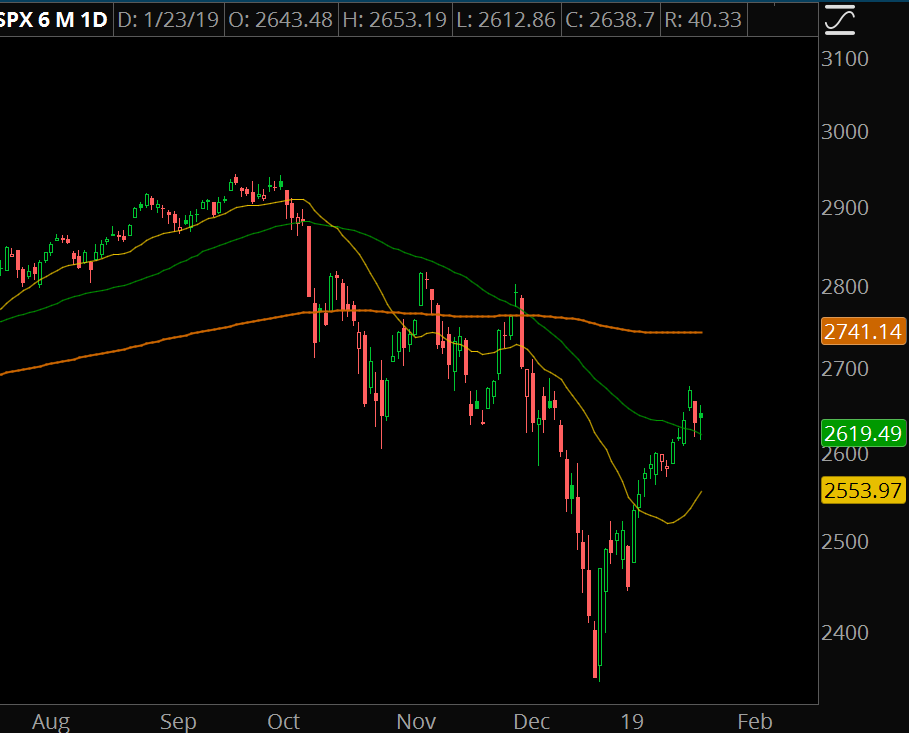 In December, the market continued to sell off further and faster than what the majority thought.

Why, then, does it come as a shock to so many market participants that the rally has also squeezed, further and faster, than what the majority thought?

The S&P retook 2600 — key support from Fall 2018 — with no hesitation whatsoever. Until that character changes, it will be very difficult for the market to rollover

An attempt at a retest isn’t a terrible idea, and generally that’s what happens.

It just tends to take longer than what most people thing. You need a full options expiration cycle to burn off all that premium that hedgers bought in anticipation of the rollover.

The gameplan here is to start following relative strength.

We just spent a few months of a macro-dominated market where all stocks moved on the same conveyor belt with no reversion whatsoever. I’m calling a top on that theme. Expect more reversion, and expect more rotation in this market. 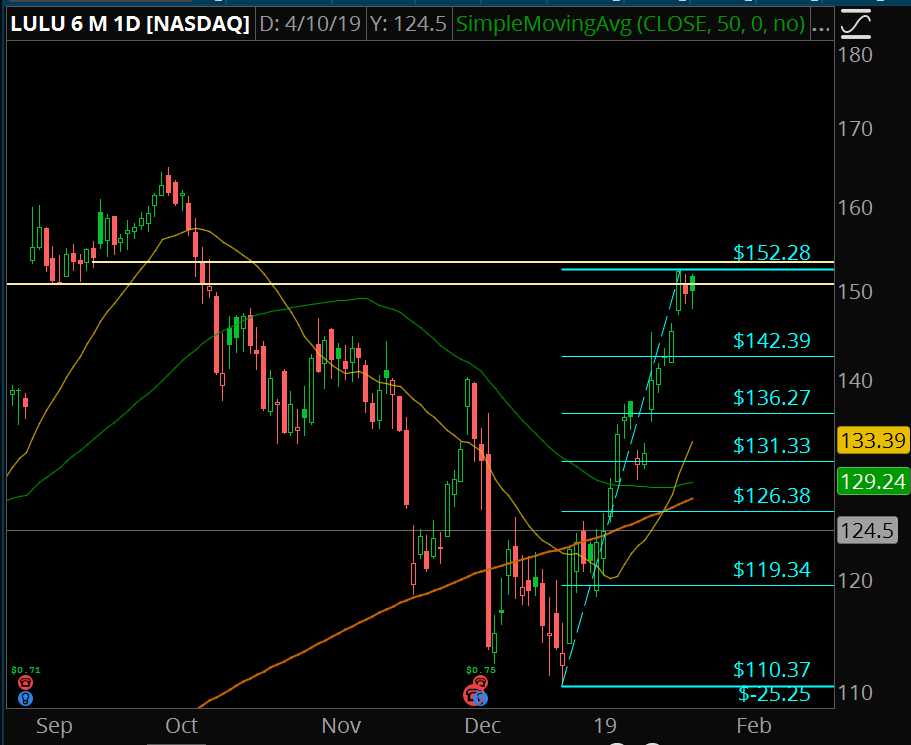 This stock has been on a tear since the sales numbers came out earlier this month. The 150’s *should* bring in some sellers as the previous support from September comes into play. I’d like to see a gap fill and a little push lower to get involved. 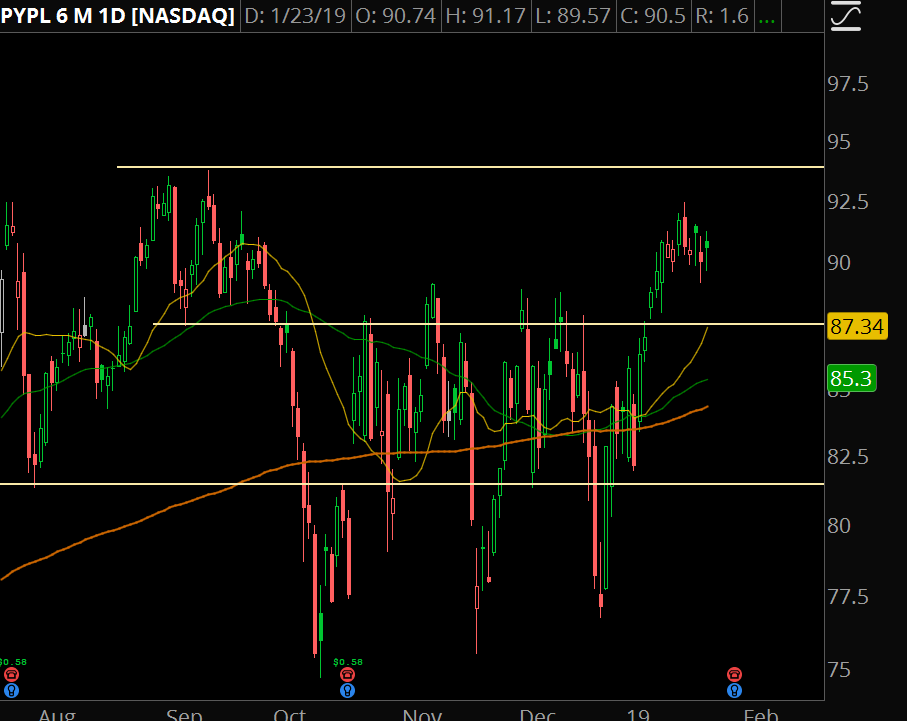 One of the strongest stocks in the market. It has earnings coming up, so I’ll play it if it tests the previoius resistance levels from Oct-Dec. 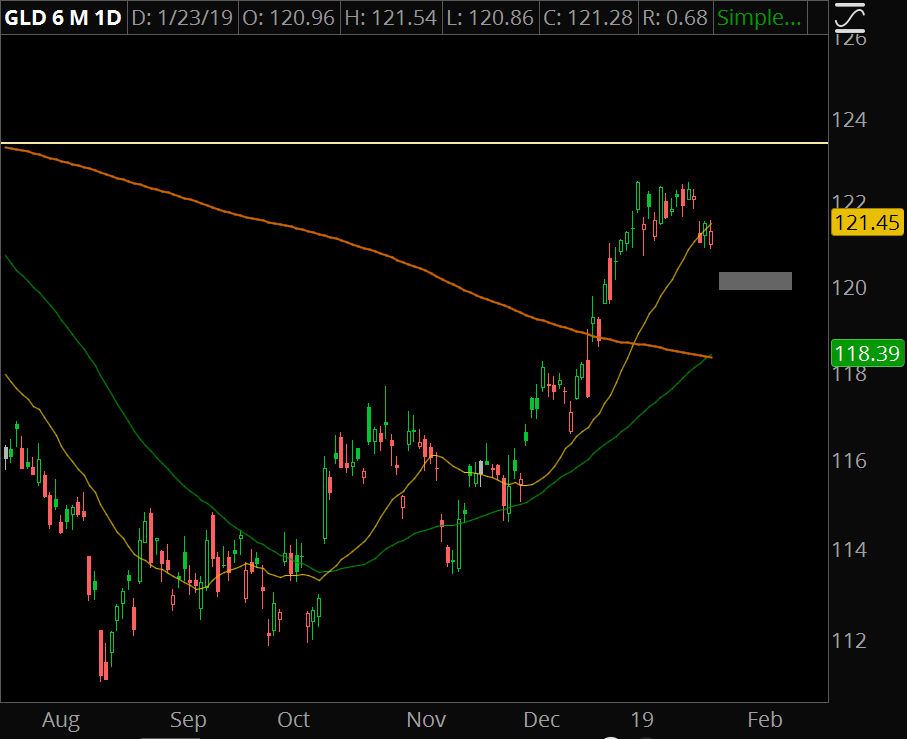 Gold is still incredibly strong given how hard everything else has reverted. There is some confluence at 120 that I want to be involved with.