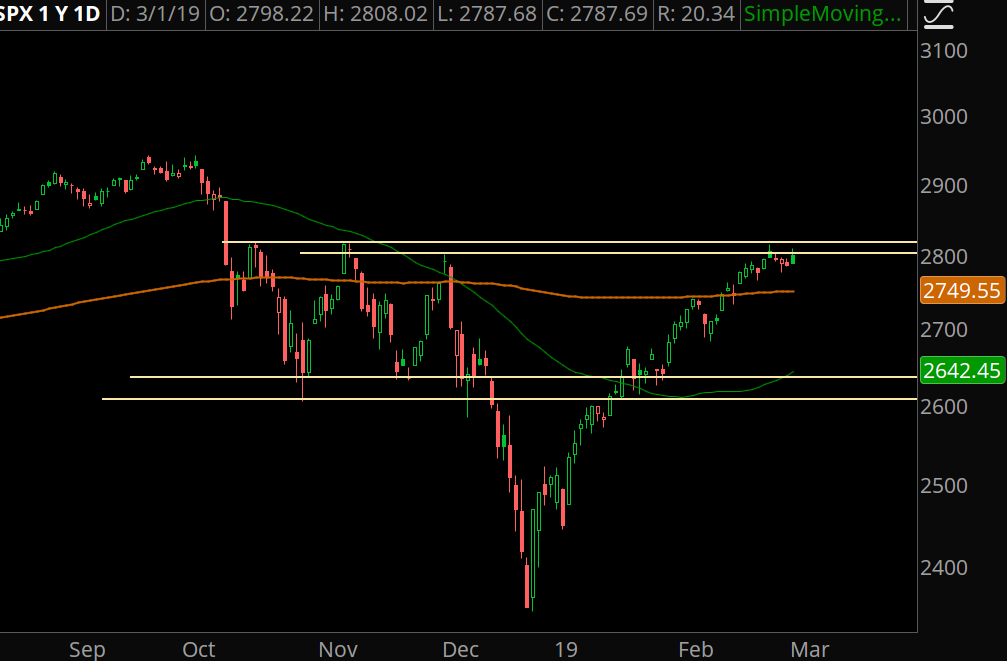 Markets are ending the week flat right into the 2800 resistance that has held since last quarter.

Note how the price movement has changed compared to when the market tested it in Oct-Dec. It’s not a hard and swift rejection with incredibly high volatility. Instead, the past 10 day vol is the lowest it’s been in months, and instead of a swift rejection there is equillibrium at these prices.

This is a bullish sign. When the market heads into resistance and price is accepted rather than rejected, it means that there is not enough inventory to bring onto the market to drop prices. This makes sense. Anybody that felt forced to sell already sold in December, and the Fed-related risks are no longer present in the market.

I’d prefer a deeper pullback. I want to see how the market trades into 2700. I’m just not sure we’ll get it without another push higher.

Right now 2800 is holding and Friday’s gap higher was sold into fairly aggressively. Maybe we can take out this weeks lows and see a proper pullback.

In terms of tactics here… this correction will most likely be rotational with low correlations. That means we don’t have to rely on the broad indexes to move stocks, they will move on their own.

I want to be a buyer of pullbacks in stocks that have seen good relative strength. That means stocks that are near highs or broke above them. 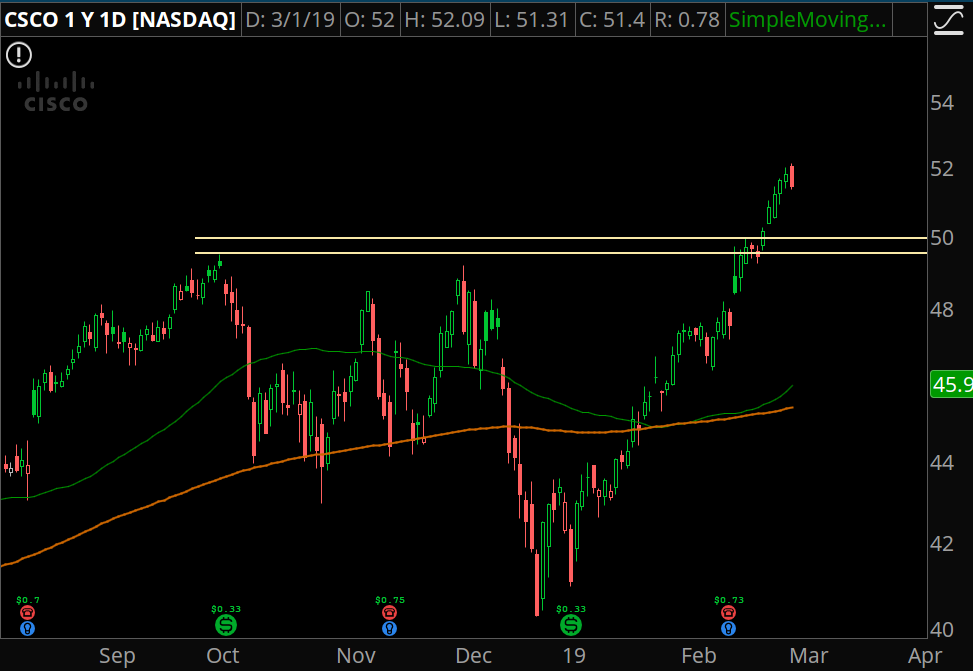 The stock broke out of a monster range, I want to play the retest to previous resistance. 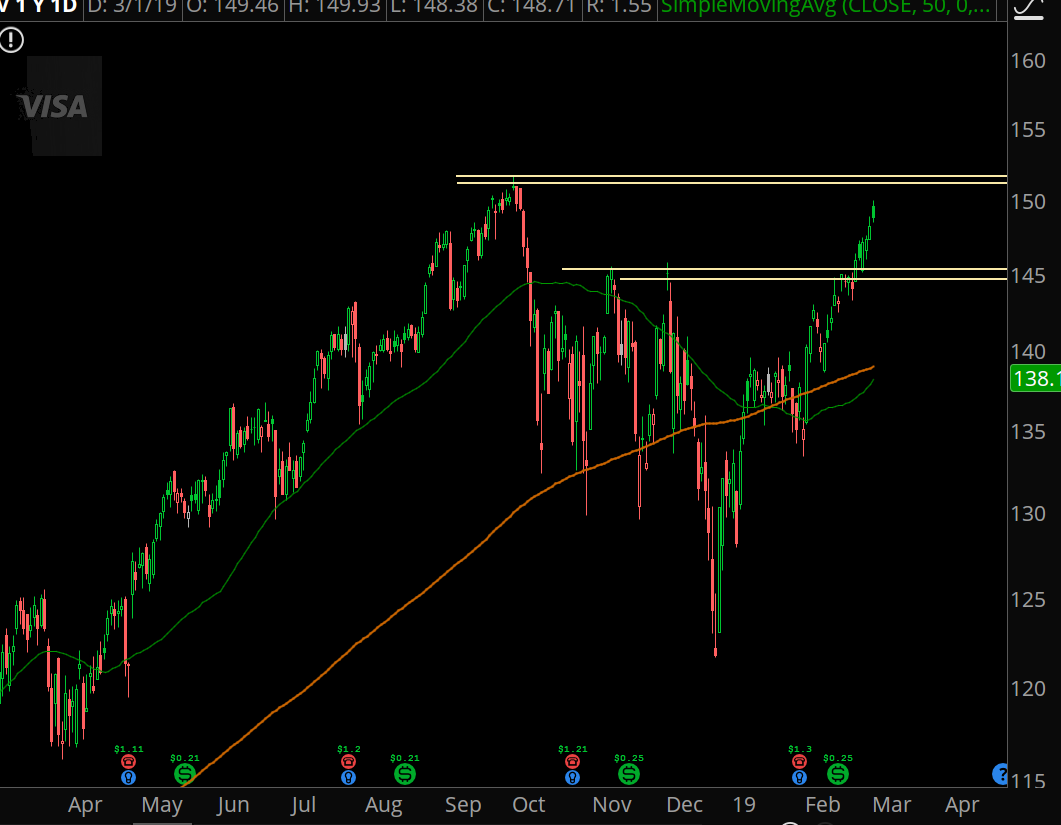 Similar setup. Breakout of the 145 level, I want to be involved on a retest.