Last week brought in some actual sellers that slightly changed the structure of the market. There was a bearish marubozu candle on Wednesday and a failed breakout on Friday. I’d not read too much into the “why” of the move, just feels more like statistical chop during summer trading.

Most of the risks are known– Fed cut at end of month, earnings season, some saber-rattling in Iran. Unless something comes out of left field, don’t expect serious downside action. My main concern would be a massive failed rally after the Fed cuts rates.

Since most stocks are dealing with earnings risk, we’ll take a look at a setup in the indexes.

As I mentioned earlier, a loss of the rising 20 day moving average should take it down to fill the gap from 6/28. That’s where I want to play it.

The stock is down 5 days in a row already, probably due for a bounce and it *is* tradeable at these levels. Yet I’ve had issues with HD getting in way too early… you’d think a boring stock like Home Depot wouldn’t have a ton of volatility, yet experience says otehrwise. If we were to have the same kind of selloff from a few months ago, then the market could sell off all the way sub 197. I don’t think it will, or at least we will be able to capture the premium in the credit spreads.

I want to play it against the test of the June pivot lows. 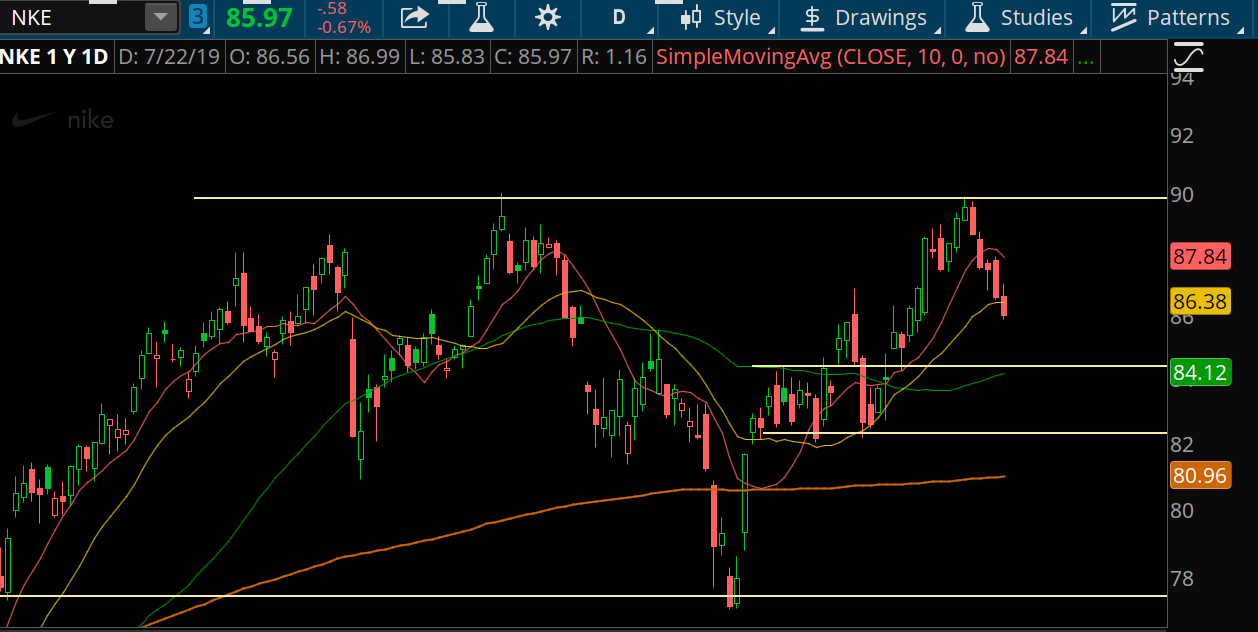 Similar to HD– yes, it’s been a good pullback and can probably play it here. But I want a deeper pullback– down to the internal pivot level and the rising 50 day moving average.