While the S&P is trading near all time highs, there has been a MASSIVE realignment underneath the surface.

Remember that the indexes are a market of stocks, and some areas will do better than others. For example, up until last week industrial stocks like CAT, CMI, and others were at 6 month lows… now they are ripping higher helping the market come back to highs.

Other spots… not so much. There were VERY CROWDED trades that have seen panic. Names like ROKU, SHOP, CMG and SBUX… these names that held up so well while the rest of the market was on the precipice of breaking down.

I haven’t seen this kind of rotation in a long time… and the volatility behind the rotation has been significant.

If overall market volatility… broad based volatility… continues lower then we’ll see intermarket correlations decline. I think it’ll be a stockpicker’s market until the end of the year, which will definitely help us. 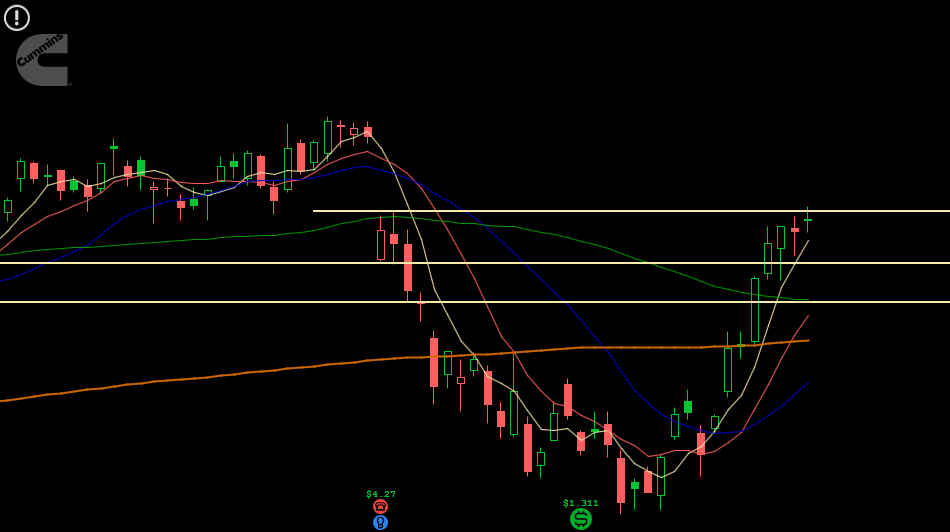 Cummins has rallied off the 145 floor and has spent plenty of energy coming back to its earnings open. This is a China proxy play and is now officially overbought.

Stop out on Daily Close Above 176

MA is part of the crowded momentum unwind. After gapping up to new highs above 290, it lost it all with a swift move lower. I expect some sideways action then a continuation push lower into the support levels from the past few months… that will be a good place to initiate some long exposure.

TLT has made a round trip back to the gap fill level from the beginning of August. This is a good place to start scaling in off of the Jun-Jul pivot levels.