Wednesday was a Fed day. They cut 25 basis points.

In recent history, Fed days haven’t been kind to stocks. We saw “tantrums” in stocks, where the Fed wasn’t accomodative enough.

It was different this time. After the event, and during the press conference… not much volatility. There was a push lower, but it was a failed auction… a failed breakdown.

The market ended up at highs– and now we’re withing spitting distance of all time highs.

This is bullish. All headlines and trade wars and tweets aside… if you just look at the price action, there was  massive shakeout a month or so ago, and we’re back near all time highs.

You can’t ignore this price action.

Have the late buyers in ROKU been punished enough?

The stock is 30% off its highs. A 50% drop would fill the earnings gap from August… that seems unlikely, at least in the near term. Odds are the stock starts to carve out support and iniate a new trading range. 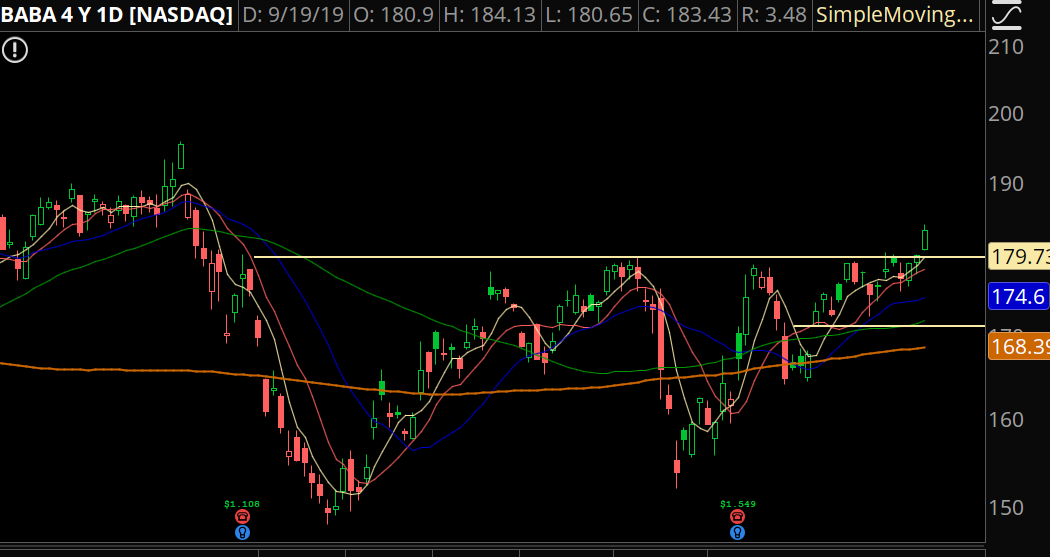 Clear breakout. I want to scale in here and run a stop under the most recent gap open.

STOP OUT ON CLOSE UNDER 170 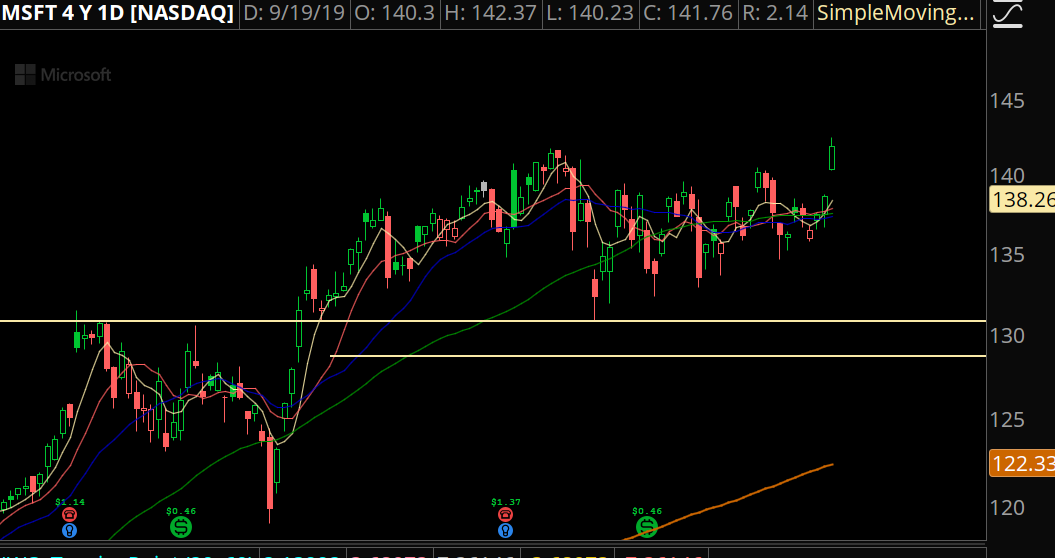 MSFT broke out, and this gap feels like a breakaway gap. The stock had been rangebound for about 3 months, and continued to knock out higher lows while the rest of the market was awful.

Same kind of setup here as in BABA, play the breakout, run a stop.