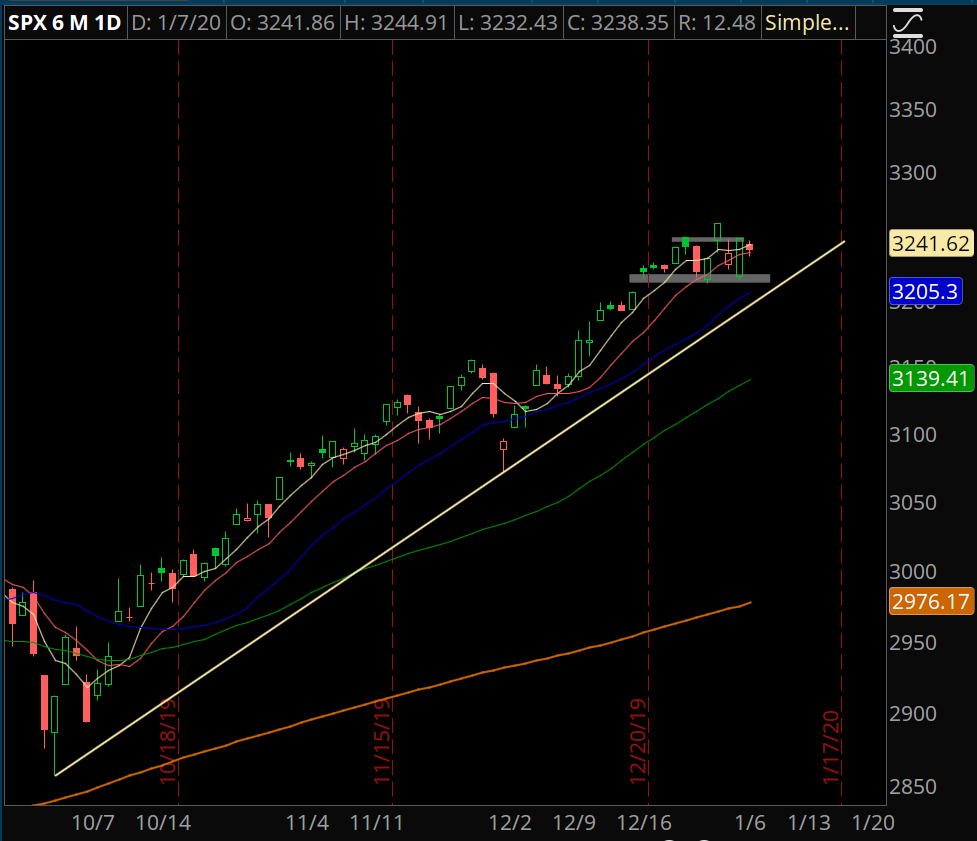 Can you see the hidden correction?

Yes, the market jammed up near 3260 and finished at the highs last Thursday… but when we look at the past few weeks’ price action, we can see that the market has been in a time-based correction since December options expiration.

It’s very difficult to make the bearish case for stocks when any gap down is aggressively bought, and the correction is sideways instead of a deep pullback.

Of course things can change. I’d prefer a pullback to shake out weak hands but we don’t have enough evidence to get aggressive with that bet.

Key levels on the S&P are 3245 and 3215. A break and hold in either direction will dictate the next move. 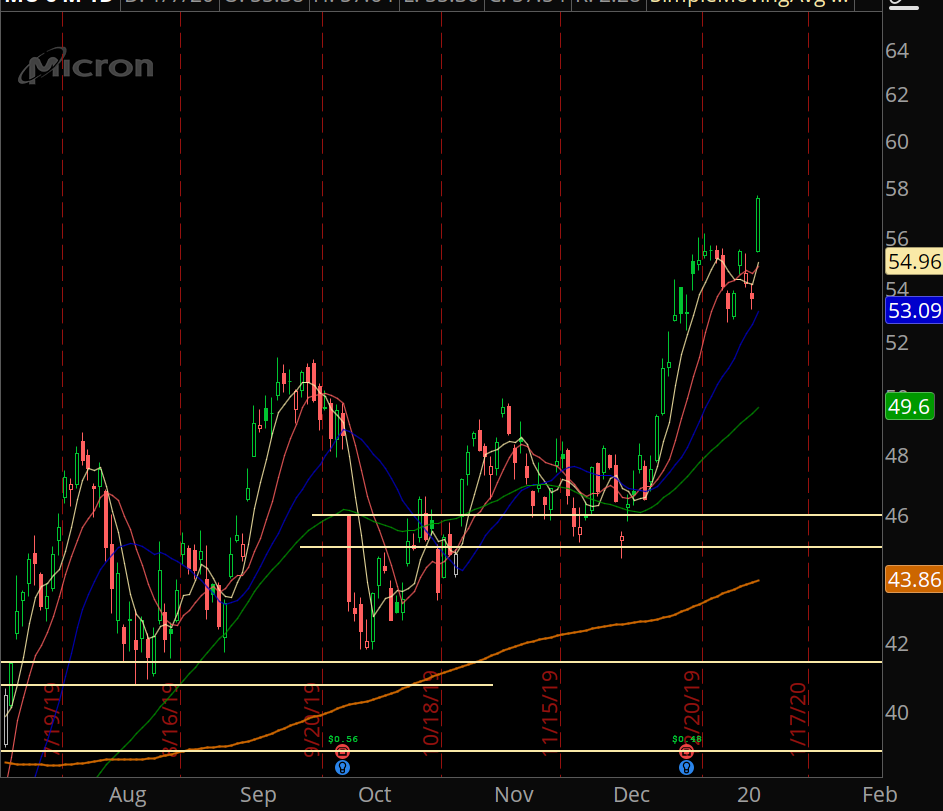 Very strong move to new highs with volume. I expect the stock’s trend to continue for a while. 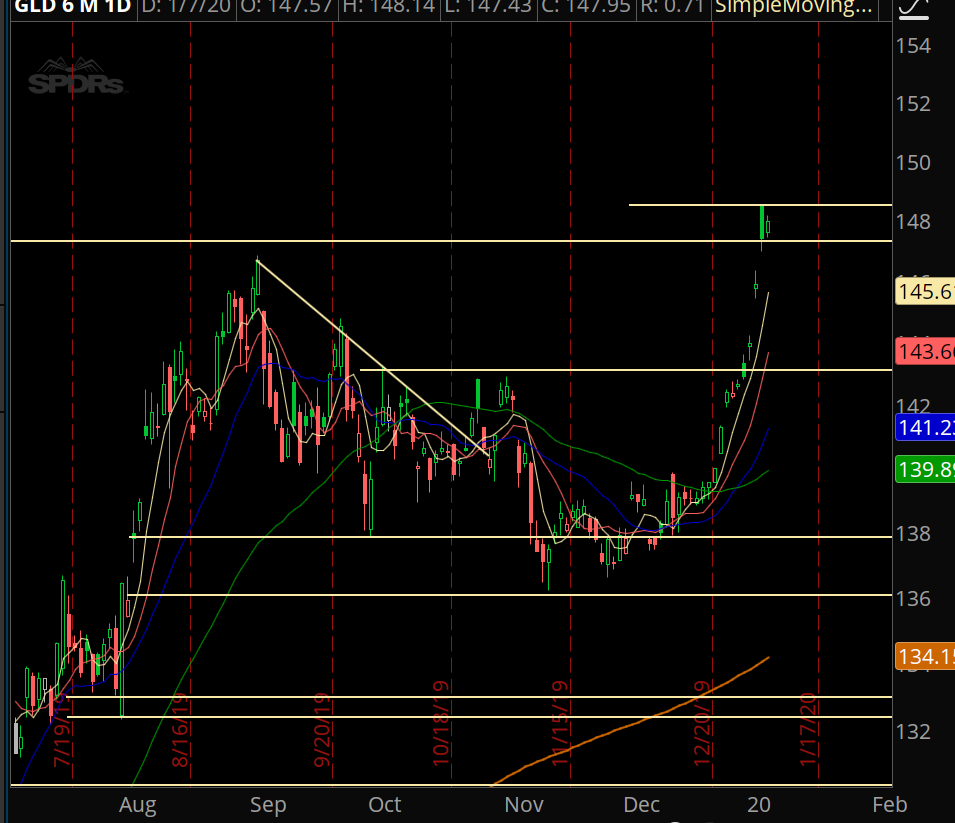 Gold has been responsive to some of the geopolitical risk we’ve been seeing– tensions in Iran are at the forefront of every news headline and that, combined with some dollar weakness, had caused gold to hit extreme overbought levels. I could be early, but I think it’s worth a fade here. 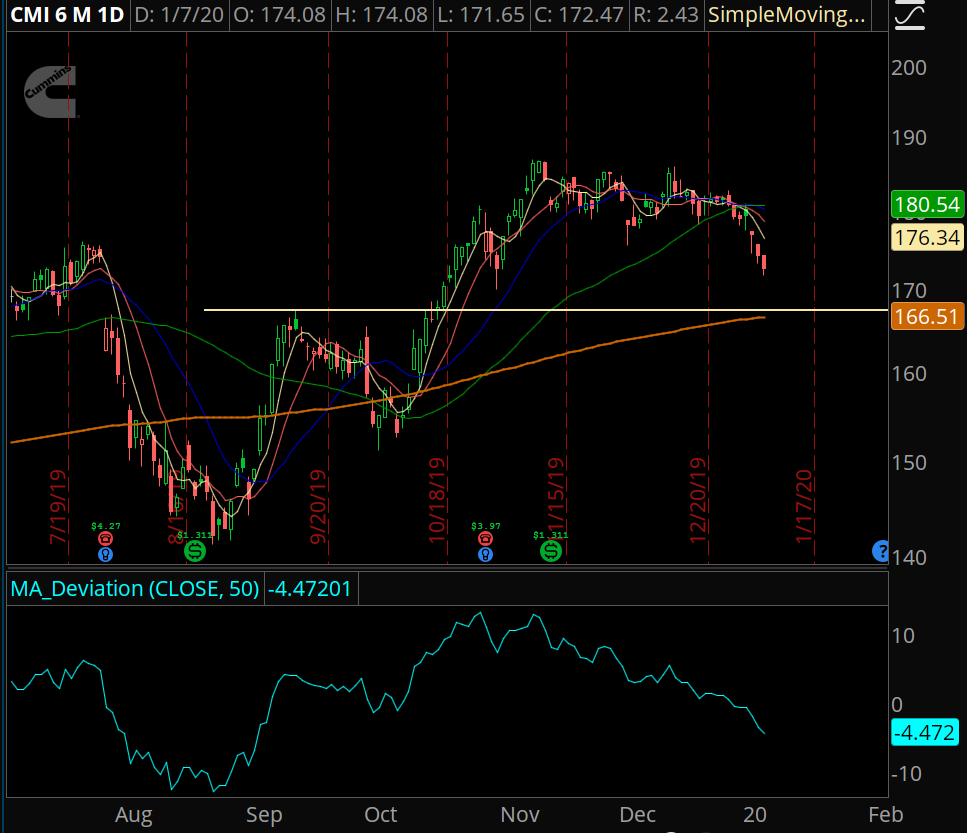 One area of weakness that’s coming through is sensitivity to emerging markets. EEM has pulled in a bit, and CMI, CAT and a few others have seen some profit taking.

I like playing this into the retest of the previous pivot level (yellow line).