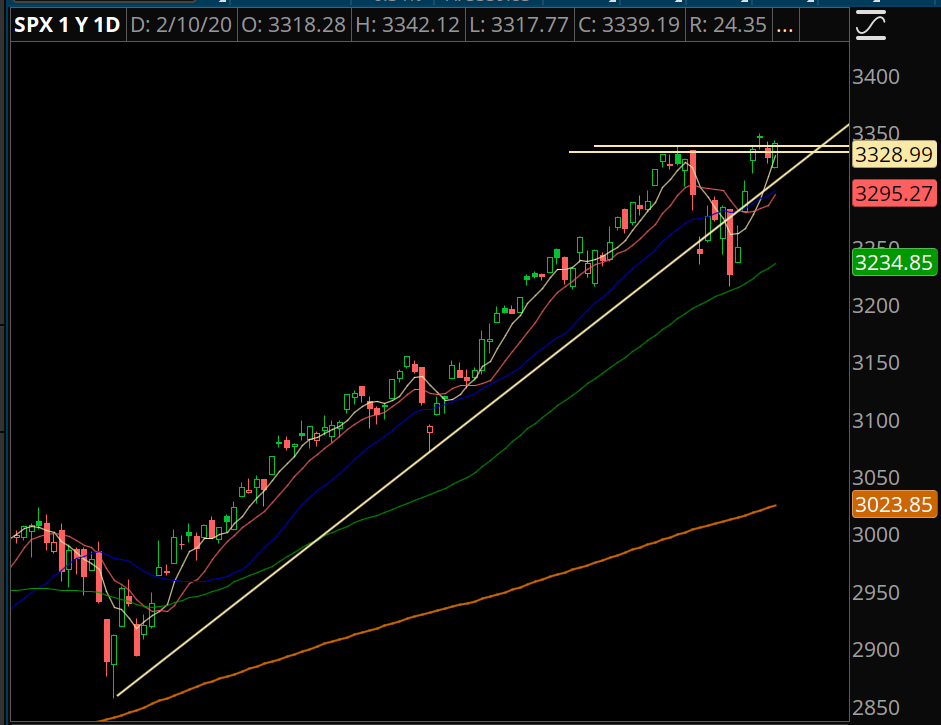 The past month’s action was a textbook shakeout pattern. You had failed auctions up at 3330, then a nasty news-driven gap down about 100 handles lower.

Last Friday I thought the market was trading like garbage and we’d see a push to some other support levels in the high 3100s. Then we saw the strongest 4-day rally we’ve seen in over a year.

We’re back at all time highs, with enough investors “shook out” of the price action for trend continuation. This is not something I want to be short-biased against.

I’d love (LOVE) a deeper pullback, but any weakness is aggressively purchased. Until that ends, we need to assume that the trend will continue. 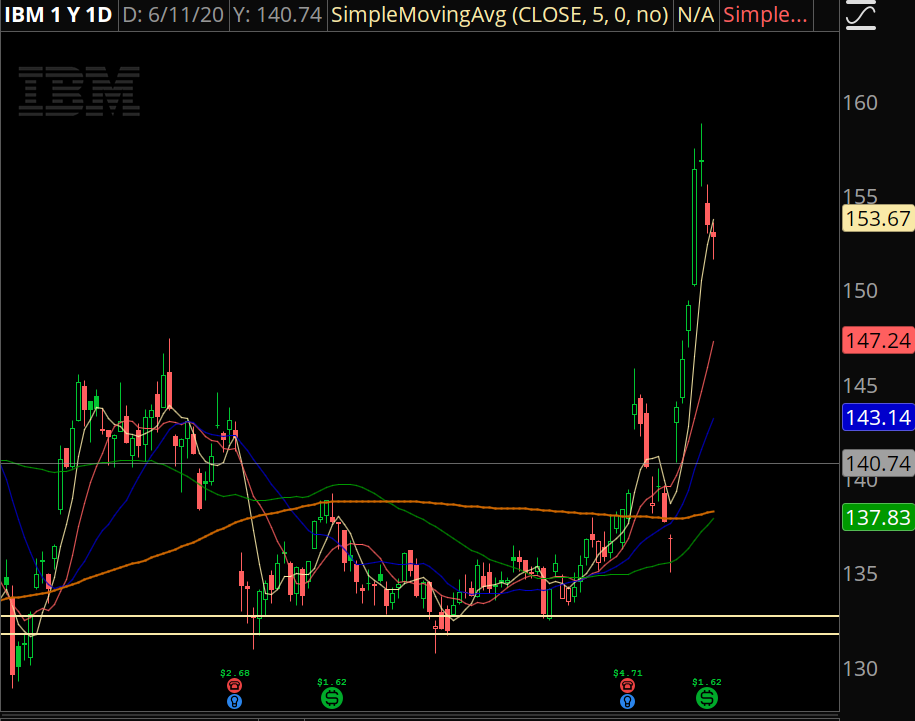 IBM had a massive move into the 150s, and this is the first real pullback we’re seeing. I’m expecting buyers to step up again, or at least for the stock to go sideways. 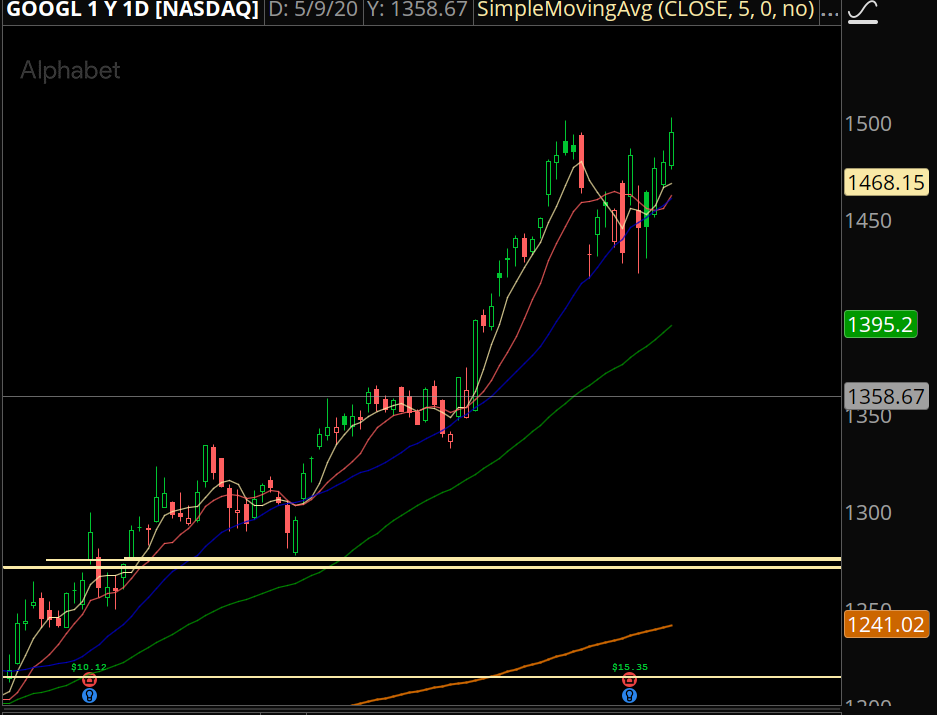 GOOGL has just broken to new highs after being congested for a full month. I expect it to squeeze similar to what we’re seeing in MSFT right now. 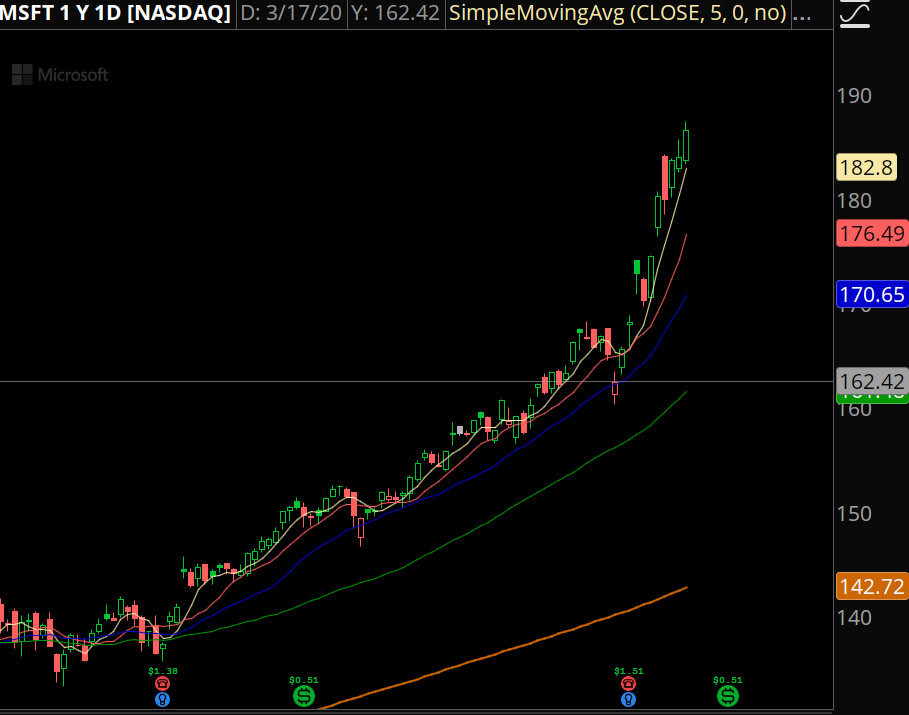 By multiple metrics, MSFT is quite overbought. However, we’ve seen some of these large cap tech stocks get caught in “convexity squeezes” where it accelerates further.

I don’t like fading it here, but into any further acceleration we’ll get a good risk/reward setup.