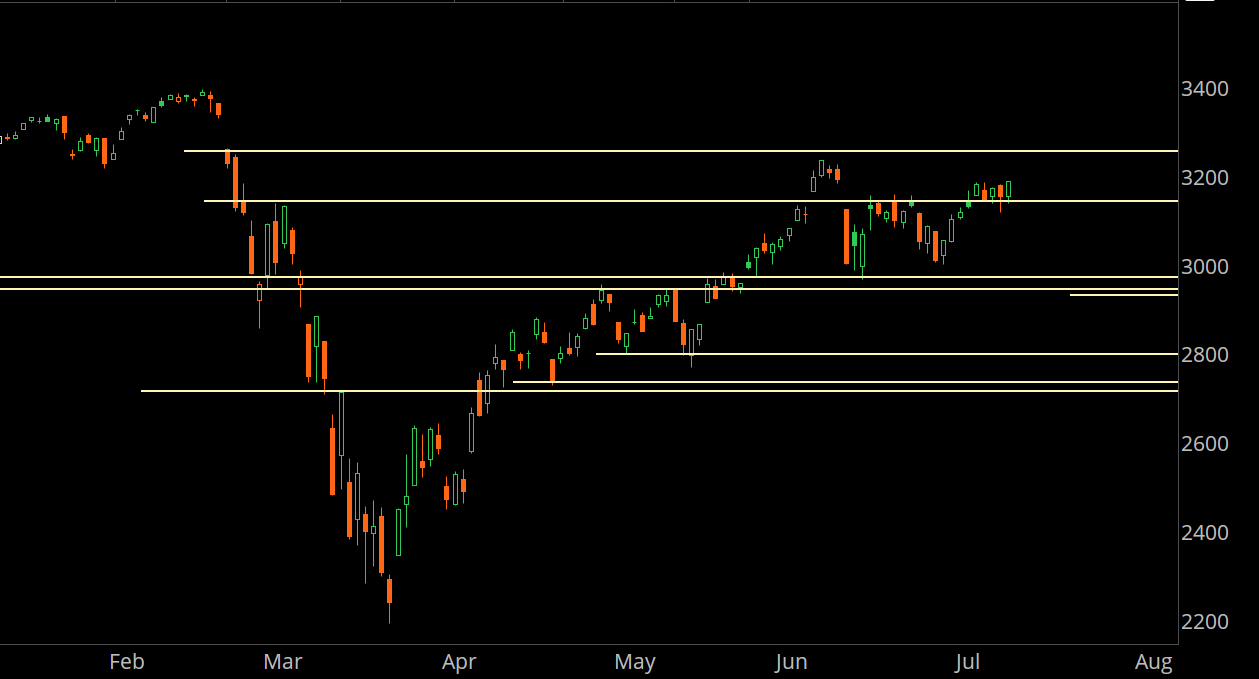 After a sideways correction, the S&P looks ready for another leg up and an attempt at the February gap fill. We are still in “big water, small hose” trading where the markets are flooded with liquidity and not enough investable assets. That will always drive markets higher.

I am looking for a rotation in the markets. Tech has had a good run, but many of those names report earnings very soon– expect some profit taking in the tech sector. I’m not calling for a top there– just a breather.

There’s one other market I’m focusing on, and that’s the 10 year treasury:

Rates have stayed low for quite some time– and justifiably so! We had a global pandemic that led to growth expectations to go to… well, very bad places.

Bonds sold off hard into Friday’s close, and I think that’s a glimpse of what is to come. If rates go up (by bonds tanking) then you will see moves into financials, commodity stocks, and industrials.

This market will just rotate in and out of hot areas, slowly marching higher until we finally run out of liquidity.

With the Nasdaq at all time highs and the S&P trading near range highs, it’s difficult to be bearish, or at least find bearish trades. Instead we will focus on playing the rotation and look at a “dip buy” in the Nasdaq. 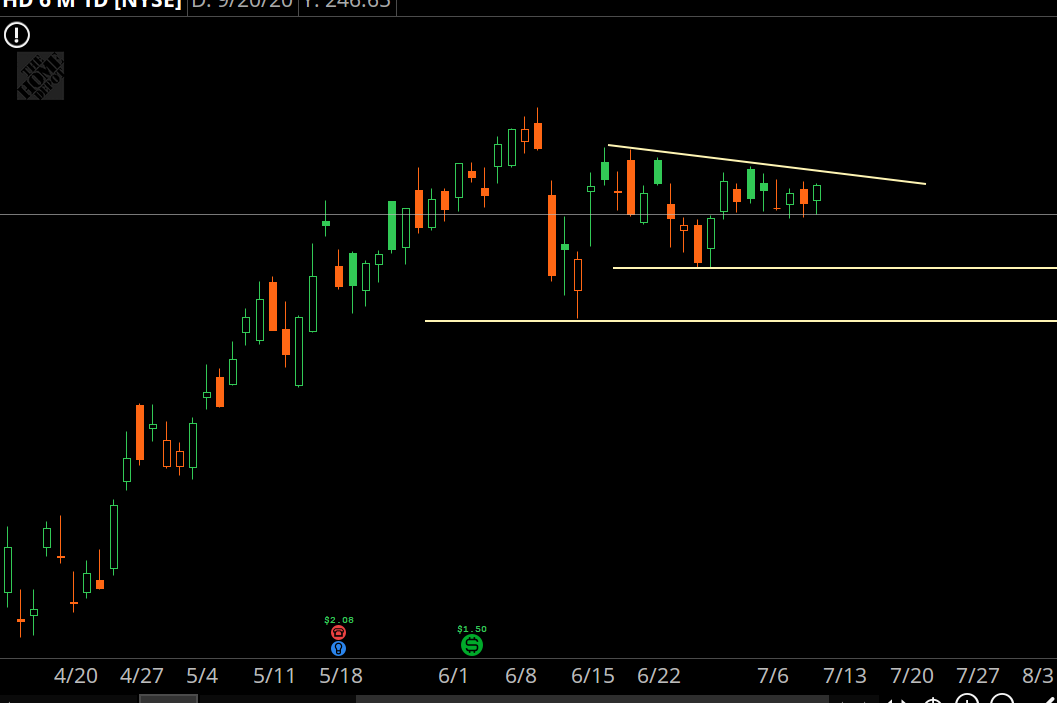 HD is trading near its highs, putting in a small “cup and handle” pattern. Look for the June highs to act as a magnet and a resumption of its trend higher. 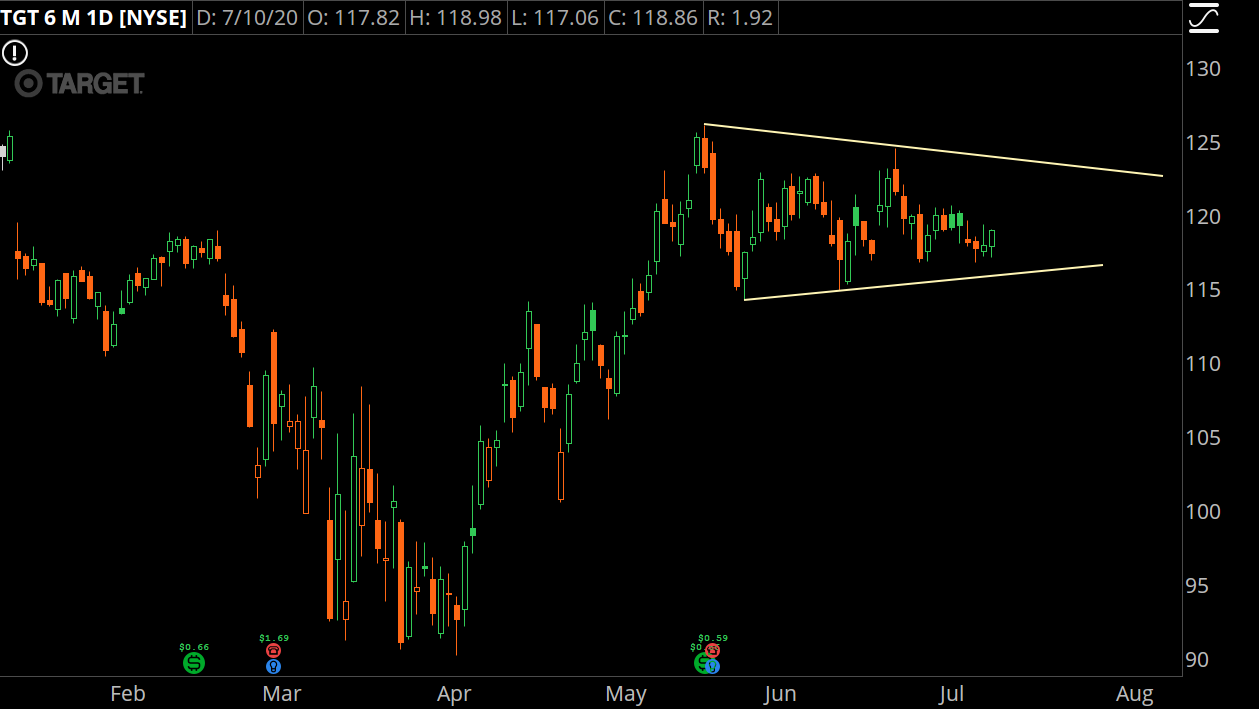 This name has been consolidating since May and has held its support levels nicely. I’m looking for rotation into this name for a test of the low 120’s, then a possible breakout. 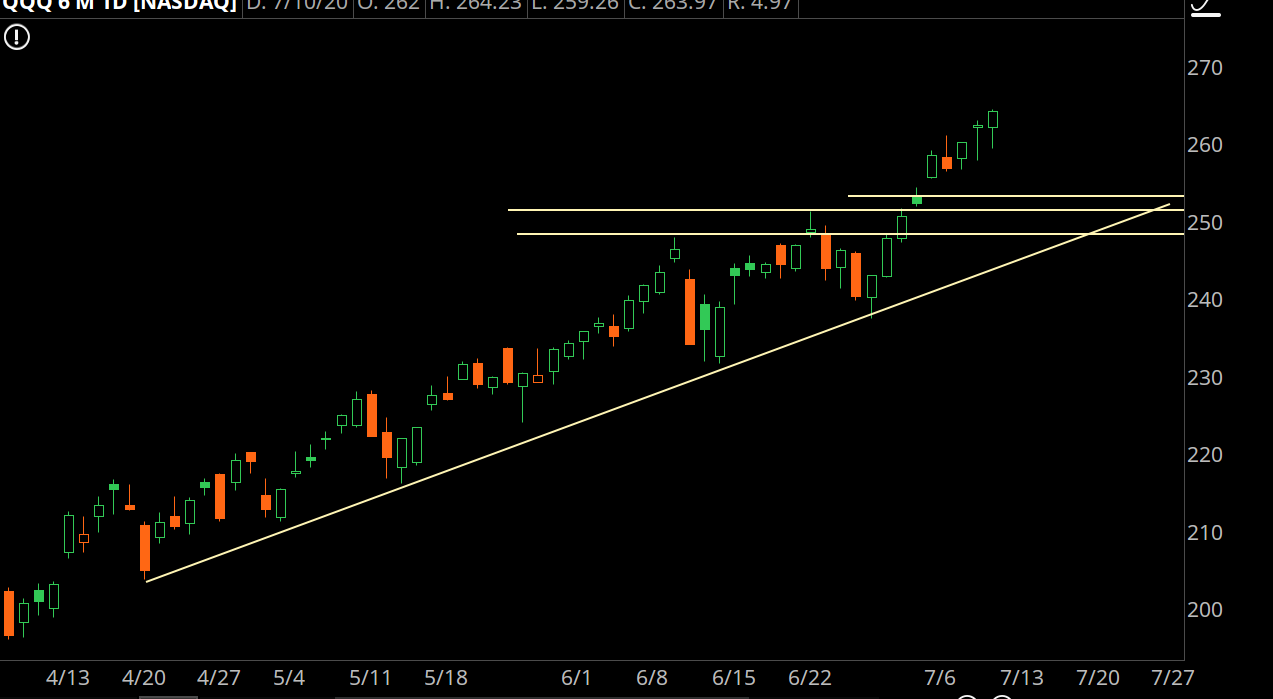 Simple setup here, we are looking for tech to see a “rug pull” in anticipation of earnings season. Many of the large cap tech names have seen nice runs and it would be very possible that we see some profit taking. We should be prepared if it happens.