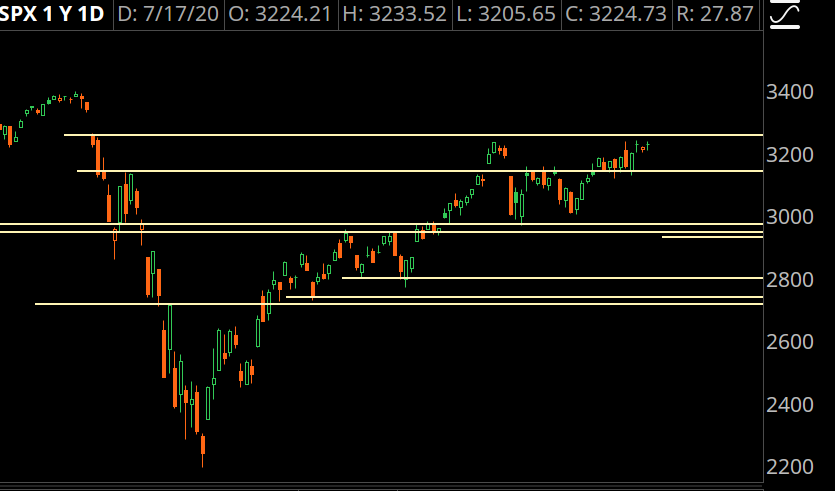 Very constructive week for stocks. There was a shakeout in tech– to be expected as many names were extended with earnings on deck– and the rest of the market held up very well.

The S&P 500 is seeing volatility contraction near the upper end of this range. That’s pretty bullish, and unless something changes we need to assume that price action will resolve higher.

Many tech stocks still have to report so those are a no-go for us, but we can start looking at some other tech stocks and a dip-buy in Nike.

Because we are expecting both realized and implied volatility to fall, we have adjusted our profit taking parameters to look for more profits. 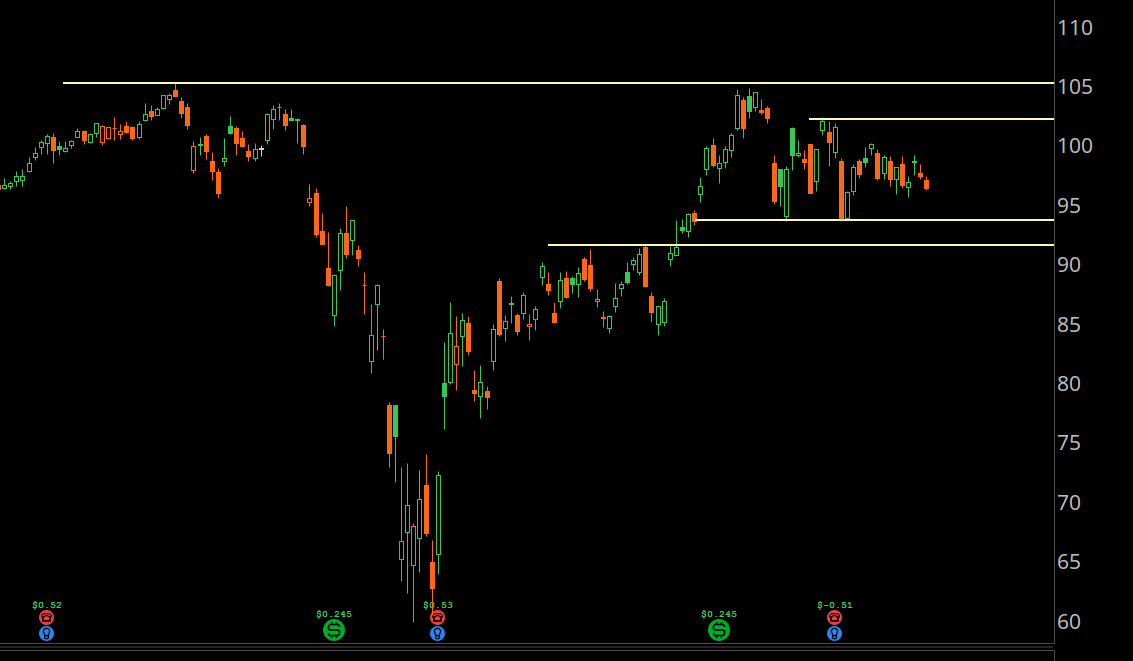 NKE has not been performing well relative to other stocks. As the market trades near its highs, NKE is trading near the week lows. There is an obvious level of support just under 95. I want to see a “stop run” into that support level, and an attempt at the gap fill at 85. I don’t think the gap will fill, but instead will find buyers before that. 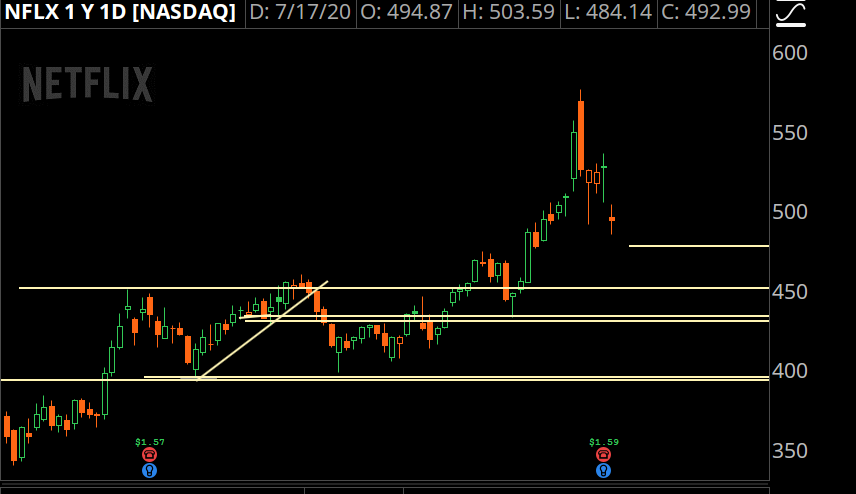 NFLX took a hit after its earnings event. Which is fine– the stock had gone parabolic and is due for a breather. I want to see one more decent selling event and a test of the previous swing highs. 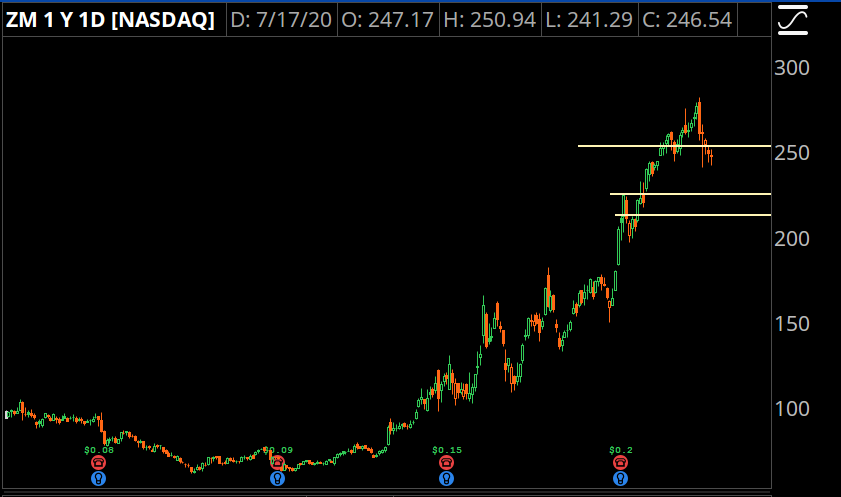 Similar setup to NFLX — looking for a retest of the previous resistance level as potential support.