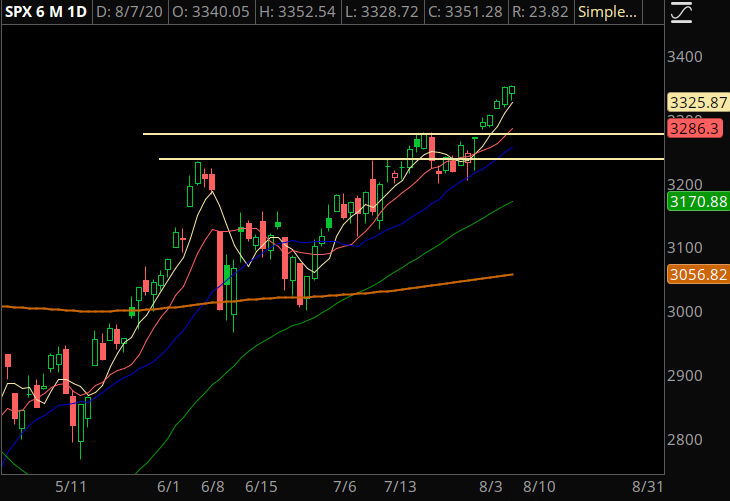 The S&P finished near highs, filling the big gap down from February of this year.

That’s only half true, of course. The majority of stocks in the S&P are not near their all time highs, and the market is being drug higher on the back of large companies. That doesn’t mean the rally is built on a house of cards– rather, it means that unless you’ve been in a select few stocks you may be feeling a little left out of the move.

That could start changing soon. There were hints of a rotation this week, as some high flying tech stocks got absolutely clobbered on earnings, and financials look set to pick up the baton.

Sars-Cov-2 numbers in the sunbelt states are starting to improve. That gives credence to the idea that you don’t need to completely lock down during this crisis, and we don’t have to teeter on the edge of a deflationary vortex.

And they did, as XLF finished at the highs of the week.

If you get enough people believing in the narrative shift, then money will rotate out of hot tech stocks and into materials/industrials/financials.

The market will have a “stealth correction” and trade sideways instead of seeing any massive pullback.

Given the current price action, that’s my current thesis. The indexes are overbought, but it’s mostly because large cap tech stocks are overbought. There are plenty of other areas that could buoy the markets as we see a giveback in FB, AAPL, AMZN, and all the SAAS stocks.

Our trade themes this week will be to focus on the leaders in the financials, and plan for buying a pullback in the tech high flyers. 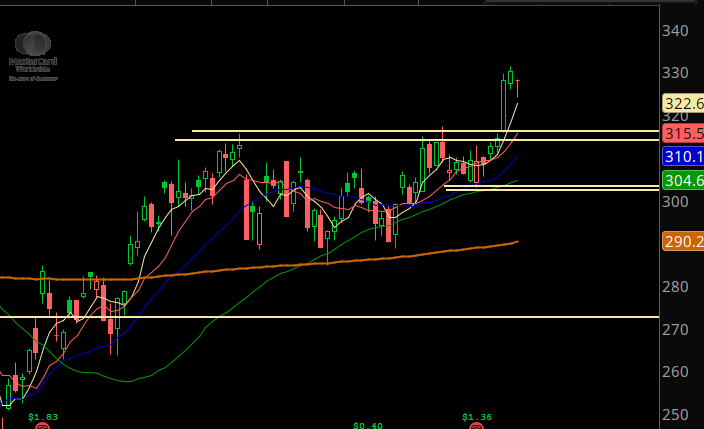 MA had a great breakout above 315, and is forming a continuation pattern. I expect this to hold the breakout levels and see a push into 350. 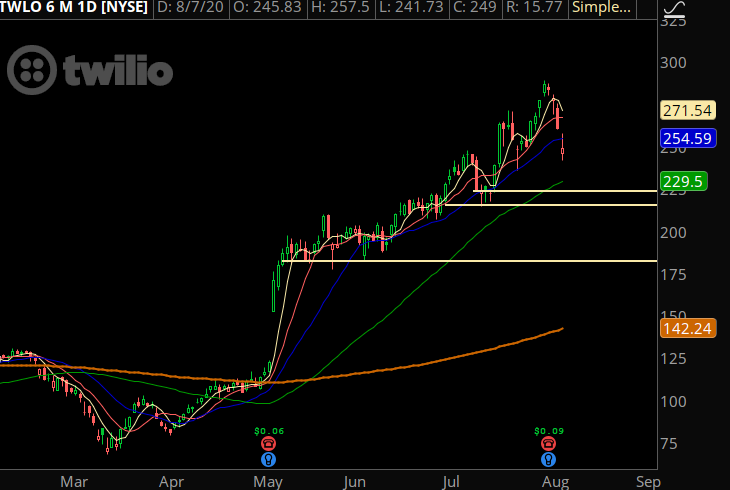 I’m a huge fan of the company, but seeing a 170% rally in just a few months is a touch ambitious. The earnings were good, but they were priced in and the stock is experiencing a “sell the news” event. Look for the previous price support to hold on the first touch. 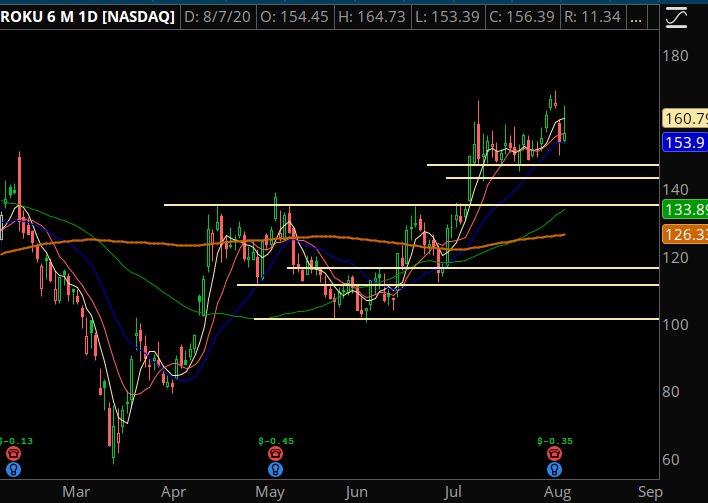 ROKU is not incredibly extended like some other tech stocks out there. It went sideways for a few months before it broke out above 133, and attempted to breakout before earnings, but the event led to profit taking.

I want to be involved into the other end of the range.