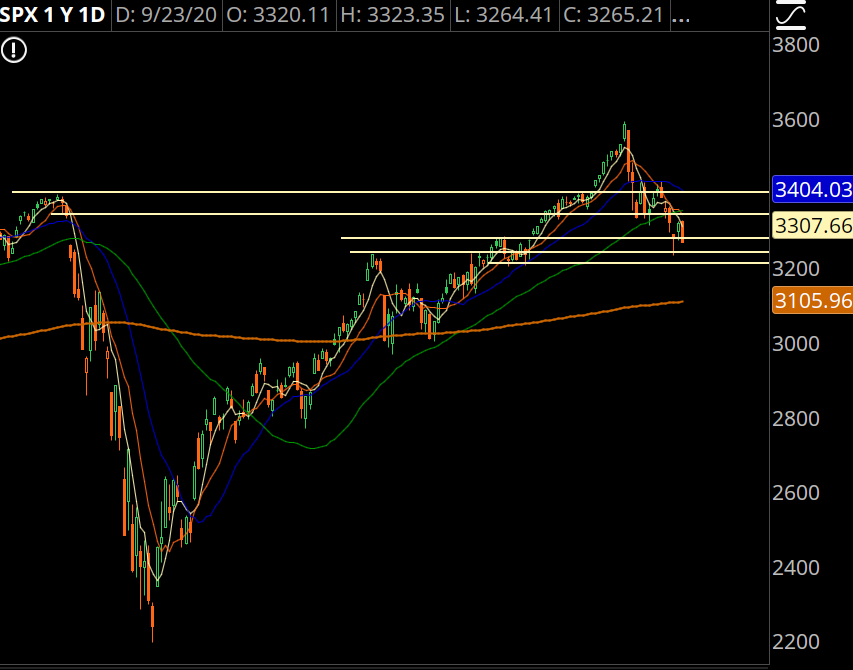 Markets are still soft this week and are recovering from the parabolic run we had last month.

We’re coming into a giant wall of uncertainty. Yes, you’ve got US elections but the news the market is focused in on is a fiscal package that hasn’t been passed yet. We’ve seen “tantrums” like this before, where if buyers aren’t enticed enough, they won’t step in at the margins to support price action.

Contrast that with the amount of hedges that are still on. The October VIX futures traded up at 40 at the beginning of the month and we are nowhere near that level right now.

If everyone is hedged, then it becomes difficult for price to sustain any protracted selloff.

And that leaves us with the idea we’ve had for a while now– the market got a little overheated and is establishing a new trading range… probably into the end of the year. 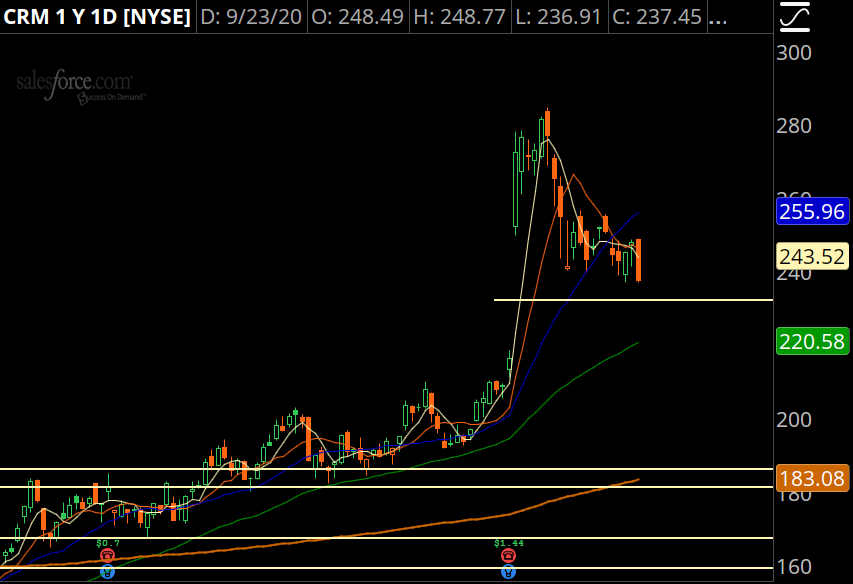 This is still on the table– we want the half-gap as the first support level to work with.  We’ve watched that level for a while now and if tech stays weak, then we will finally have the opportunity. 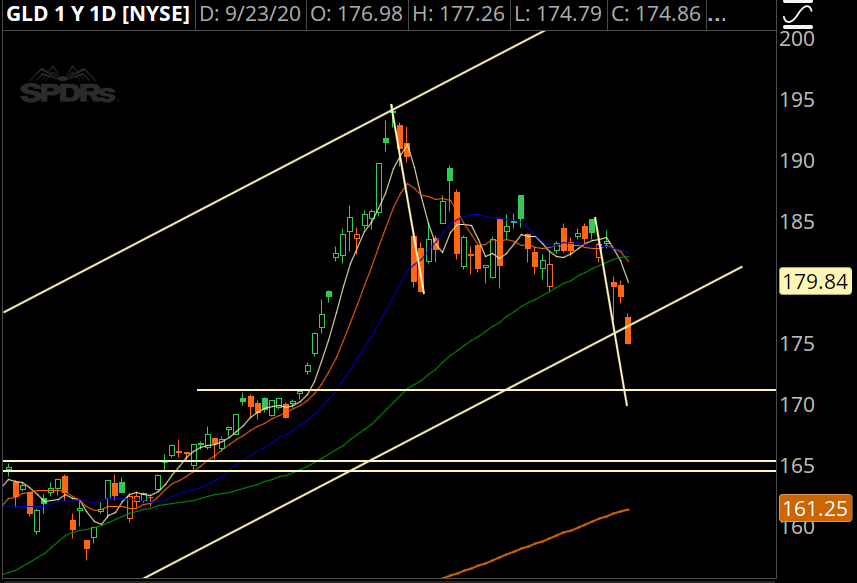 Gold is getting hit as “king dollar” runs higher. The dollar move is most likely tied with the “tantrum” the market is having over fiscal stimulus. As it comes into the previous breakout area we want to start scaling into a long position. 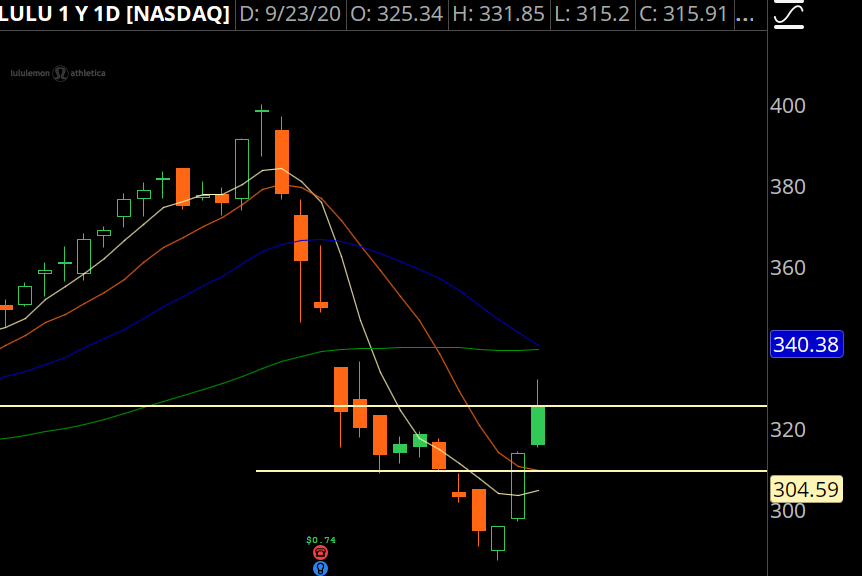 LULU had a massive move yesterday and it appears as though the reversal is going to hold. Odds are it will start to knock out a range, and I like playing it into the key pivot level at 309.