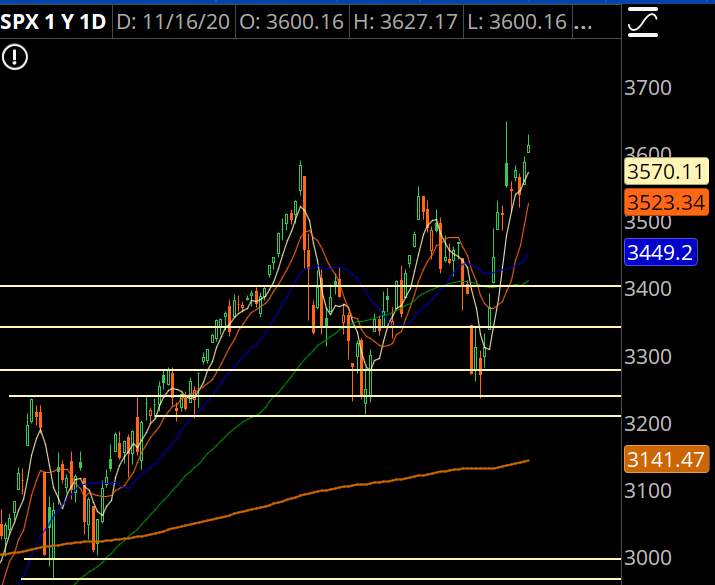 Another weekend, another vaccine trial result. This time it’s Moderna, which is claiming a 95% success rate.

This is helping the overall psychology of the market. Instead of worrying about the third or fourth waves, institutions can now start modelling their risk with more clarity.

The market hates uncertainty. The transition from an uncertain narrative to a certain one is where market rallies happen, and I think we’re well into one.

A big key that I saw last week is how well some sectors held their gains. Financials didn’t fall apart, smallcaps kept the Monday low, and airlines… that’s right, airlines of all places didn’t fall apart on Monday’s parabolic spike.

In the face of case spikes in Europe and the Northeast, markets held firm. That’s a signal! When an obvious bearish narrative isn’t confirmed by price, that’s where we see continuation as the market is pricing in something different than the prevailing narrative.

Are we close to an intermediate term top in stocks? Maybe, but probably not.

The market loves certainty, yet there comes a point in time where if all the risks are effectively discounted, then nobody will get paid to hold into a low risk environment. That’s where tops can happen, and we aren’t there yet.

The VIX is still in the 20s. Until that really starts getting hit and no investors are buying hedges, we must assume overall trend continues higher. 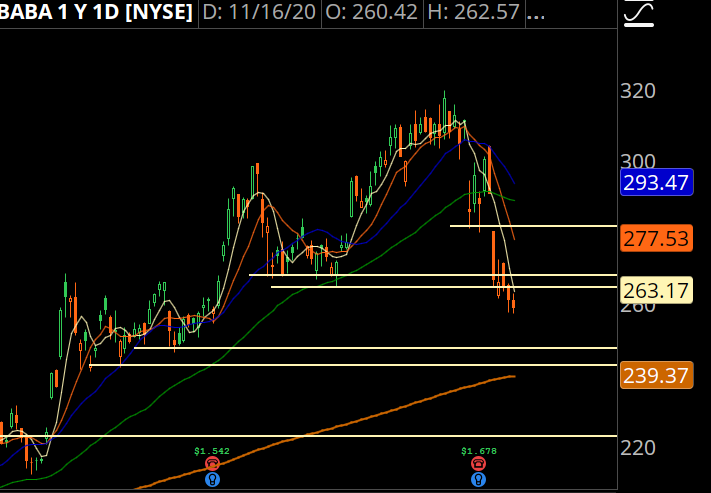 Alibaba has not had a good run over the past few weeks. The “Singles Day” in China turned out to be good sales numbers, but that wasn’t the reason it’s been weak.

“Ant Group” was supposed to IPO and was 86’d by the Chinese authorities. Color me shocked.

Jack Ma is involved in the IPO and BABA owns a third of ant. It was supposed to be the largest IPO since Sauidi’s Aramco. But the CCP pumped the brakes on the whole thing because it’s what they like to do when someone like Jack criticizes the CCP banking system.

Technically, the stock is oversold. I think there is enough of a support level coming in from the rising 200 day moving average and previous support that we can get away with selling some put spreads here. 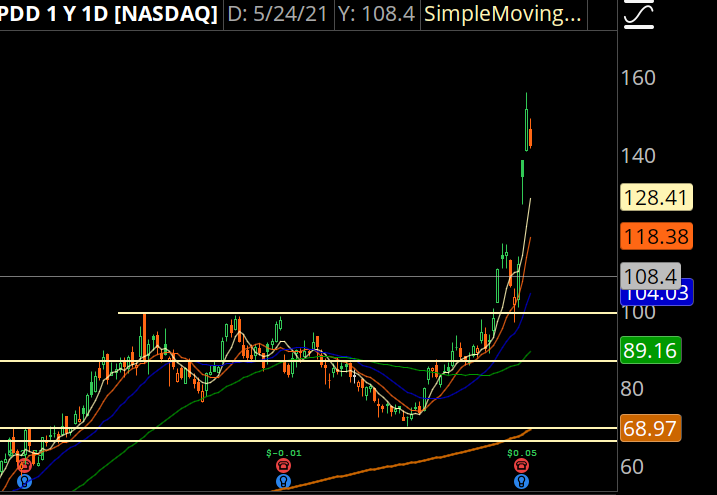 PDD had a very nice move higher on the back of good earnings. It saw a second day push and got ahead of itself. I still like it short if it can reclaim Friday’s close. 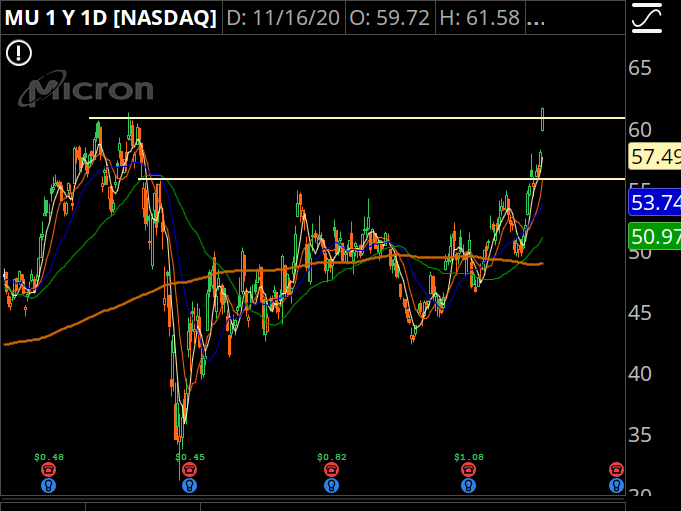 MU is breaking out to new highs on volume. We can get away with following the trend on this one.