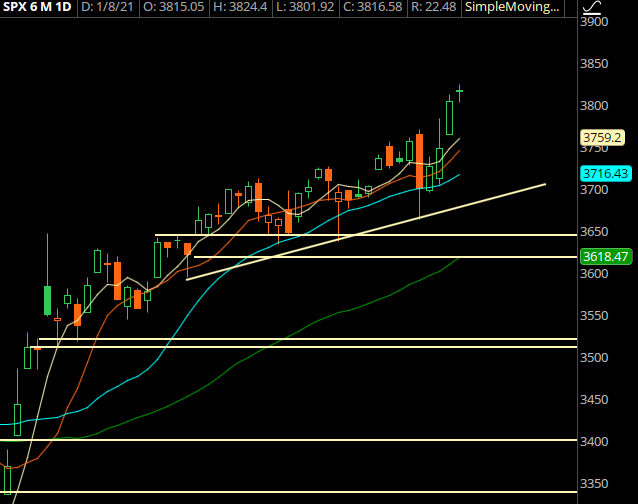 There was a dramatic macro shift on Wednesday. With the Dem sweep in Georgia, there is now a supermajority for at least the next two years.

Some of the narrative shift has been anticipated– higher solar investment has led the solar ETF — TAN– to triple in value over the past 6 months. So much of the news had been priced in.

What had not been priced in was the super majority, and that led to a drastic repricing in risk assets. Smallcaps rocketed higher along with rates, and Treasuries had their worst selloff since the crash in March.

I want to fade those moves. It’s possible the trend does continue, yet the near term offers us good risk/reward fading those back to their primary trends. 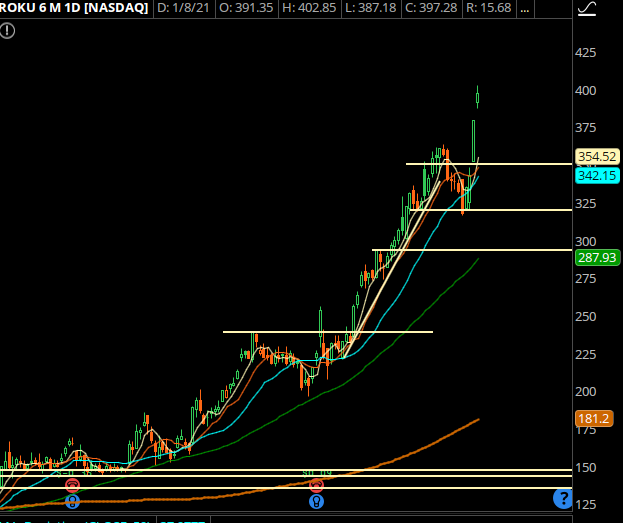 This has been a great trade for us recently, and current move offers another good short setup. Because it’s Friday I want to give next week a chance to push it up just a little bit more before fading it.

The Russell 2000 index has been on a 3 day bender as institutions are caught on the wrong foot (again) and forced to releverage into this. Short term it’s overbought and due for a push back to 200. 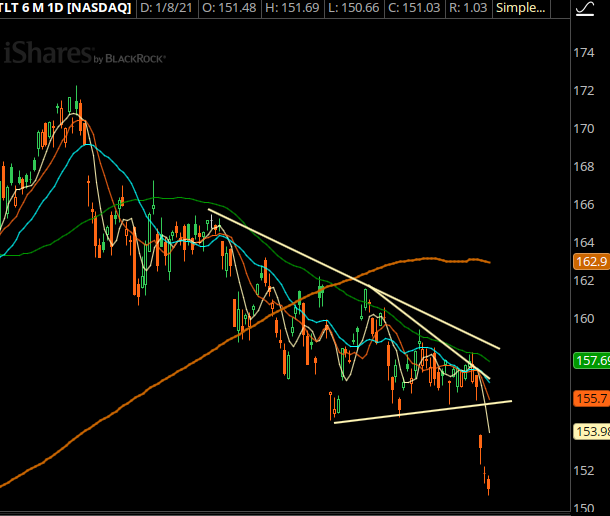 The long term trend has now shifted to the downside in bonds, yet the stretch from where we sit is something we don’t see very often and I’m willing to get long into the blood.