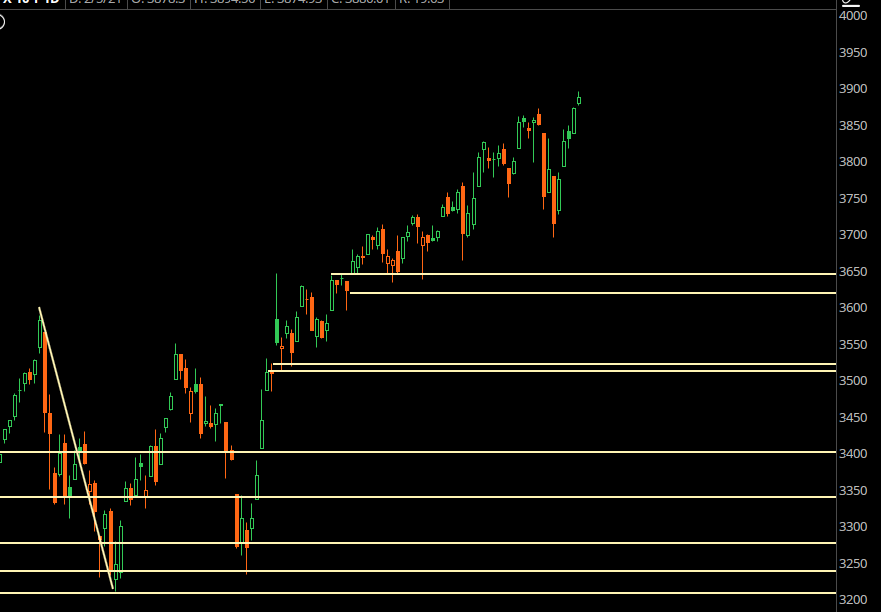 Markets have been running hot for the entire week after the rug pull into 3700. Honestly, I thought we’d be in a bit more of a range trade, yet the demand for liquidity continues to be exceptionally strong.

There is a narrative underlying price action that I believe is getting too far ahead of itself.

These are all tied together: rates, banks, oil, ag commodities, smallcaps.

All running on the same conveyor belt since Jan 6th when the Georgia special election changed the narrative of US Federal spending combined with monetary policy. It’s an obvious trade now, and it’s getting way ahead of itself. The Russell 2000 has been stretched, but it’s been stretched for months as too many investors were caught leaning the wrong way on that.

But to a more important point is how drastic the selloff in bonds have been. Remember… stand on your head. Bonds down, yields up. The US Treasury 10 year is currently yielding 1.17%, well off the lows from last summer when it looked like we’d never get out of the deflationary vortex.

To put that in context, We saw 2% last year before everything went sideways back in March.

Right now we have a lot of money leaning one way into the reflation trade. Corn futures are the most stretched they’ve been since 2011. Stocks like US Steel and Freeport (FCX) have been on massive runs, and crude oil took out $55/bbl this week.

It’s a crowded trade and due for a rug pull, and we will start positioning for that to happen soon. I’m writing this to you right at the close on Friday, so don’t be worried about if you missed the trade– odds are they have another few days of stretch to get into good prices! 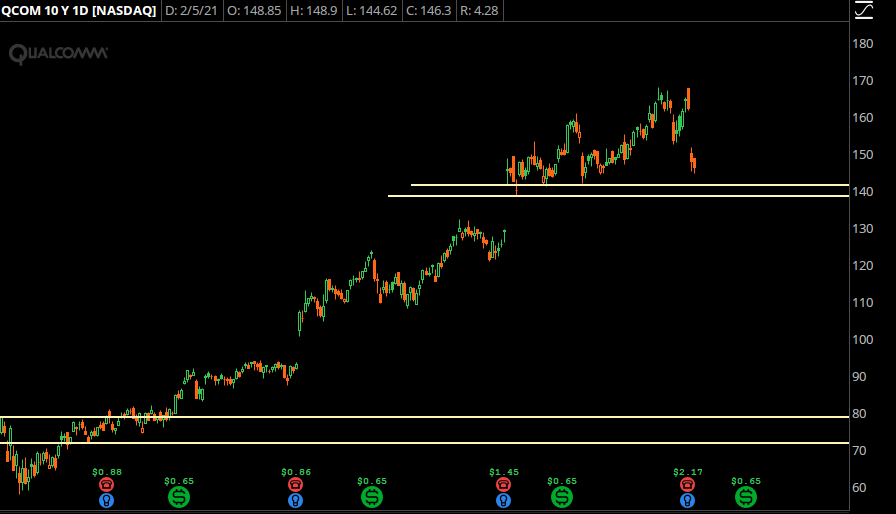 QCOM got hit on earnings, and has been a great mover in the semiconductor space. I want to see a test of the support level from the last earnings event. 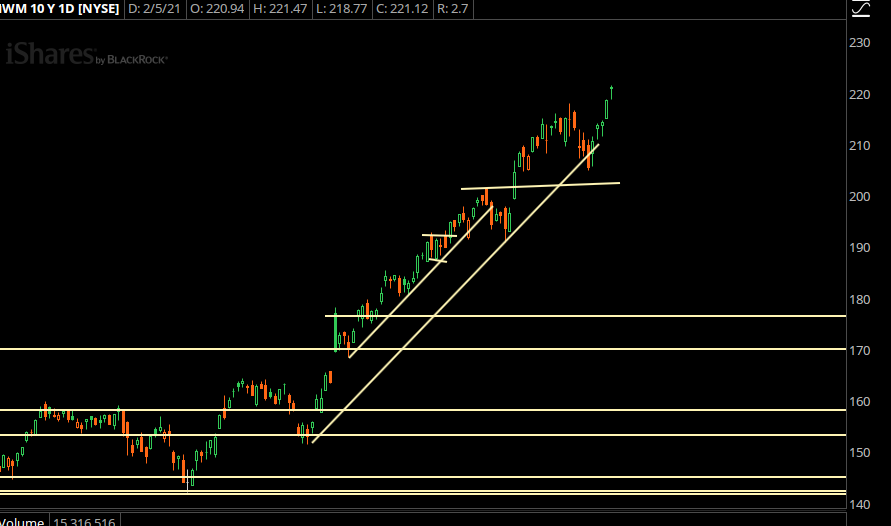 IWM is running due to a few things, but one of the largest drivers has been regional banks — see KRE and KBE for the price action. When rates go up, banks can lend at higher rates and it makes them more profitable. You’ve also got biotech, which surprisingly plays a large part into this as well, and many of those names have been running–justifiably so. See BEAM, RARE, and NVAX for examples.

Yet I think we’re close to some reversion. Past 5 days have been strong yet if rates start to turn lower you’ll get a nice reversion trade.

Note the expiration, we’ll  be looking at end of month expriation. 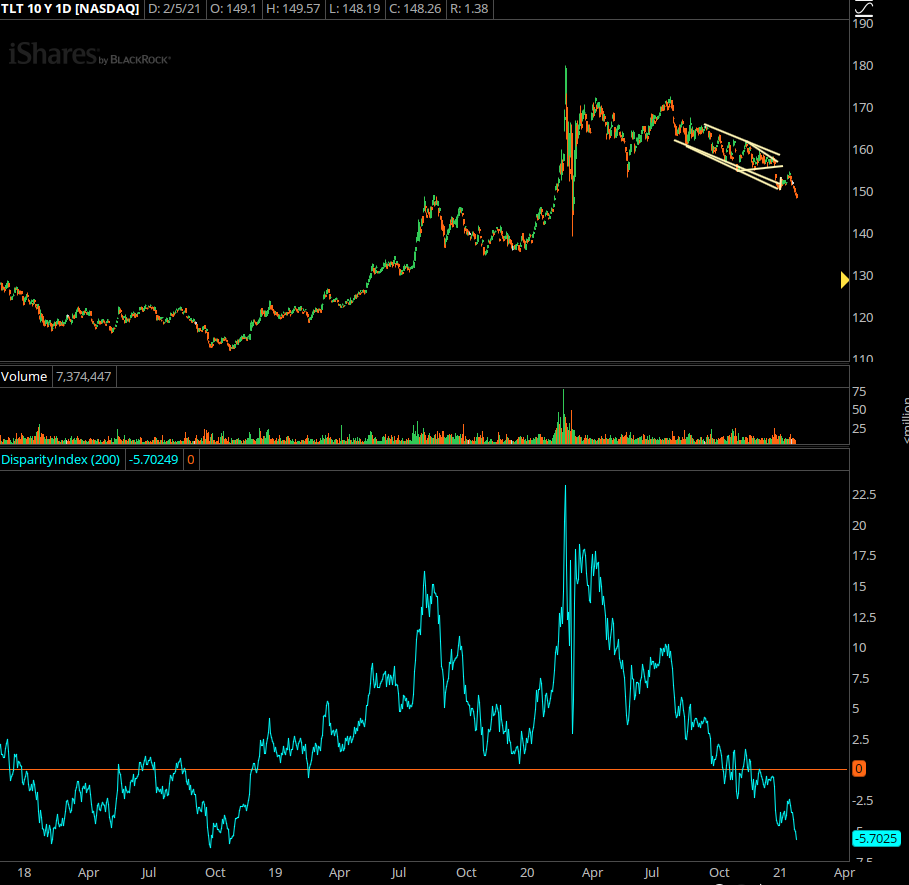 TLT tracks long term bonds, and we are coming into some long term extreme levels to the downside. Again, I think on an institutional level you’ve got way too many participants leaning into the reflation trade and it’s due for a break. TLT is -5% under it’s 200 MA, and while we tend to see a lower low after a strong move lower, this is a good place to initiate some risk.