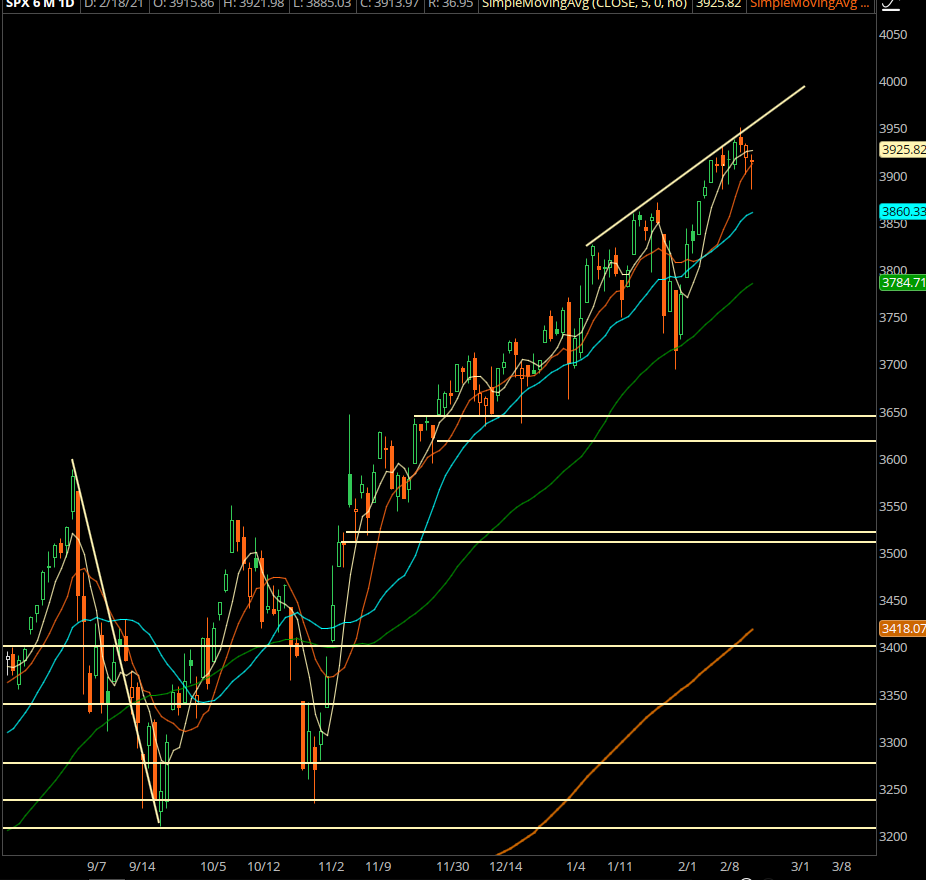 After a rug pull a few weeks ago, the S&P 500 inched to a new all time high before pulling back a bit.

The bullish case is pretty clear. Rising rates have led to the “dregs” coming up for air– commodity and energy stocks have been running. You also have banks that are benefiting from the shift in the yield curve, and the mega cap tech stocks have just gone sideways, with the possibility of a run there.

Bearish thesis is a little more messy. I’m in the camp that once the US stimulus is passed, it will be a reversion event in rates and commodities that may spill over into the overall markets.

A ton of high risk stocks have seen massive moves, and some of them are (finally) getting crushed. That might spillover into the indices… either FANG stocks are going to be a “safety trade,” or they will be a source of liquidity. I think if it was the latter, it would have happened already.

It’s a tough trade right now looking for names, I’d like to see a bit more of a reset but I will work with what we have. I’m going to focus on very liquid names that have been strong and should be good buys into the first pullback. 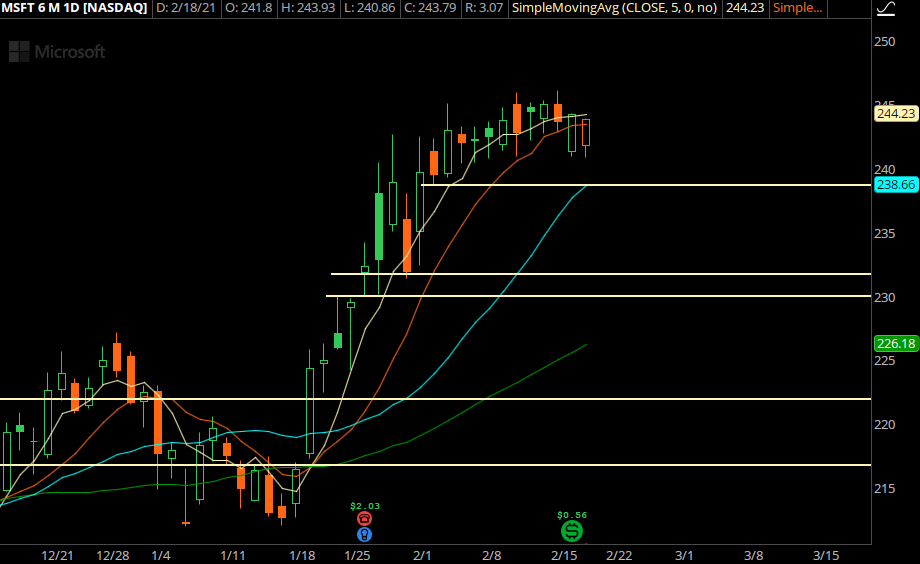 MSFT had a great run, and I’m looking for a pull to the 20 day moving average and a range bound setup. 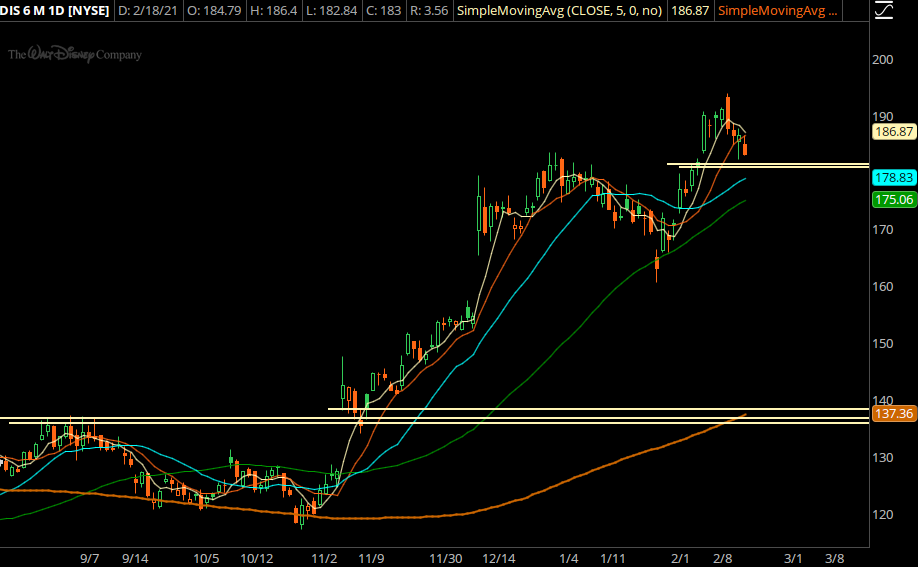 DIS has almost filled the gap and is testing the most recent breakout level. There’s also the rising 20 and 50 day moving averages that will bring in buyers from different timeframes. 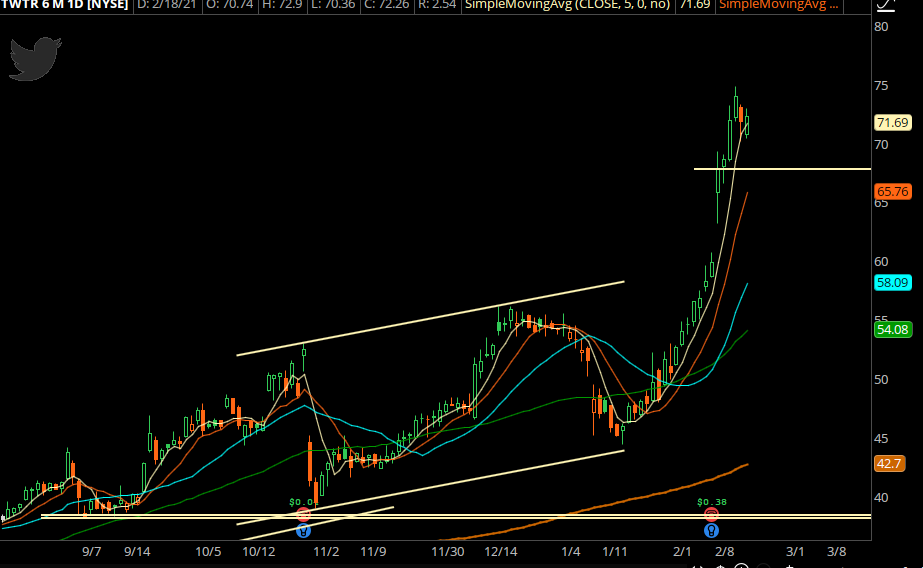 Great move on earnings, just waiting for the exhale.