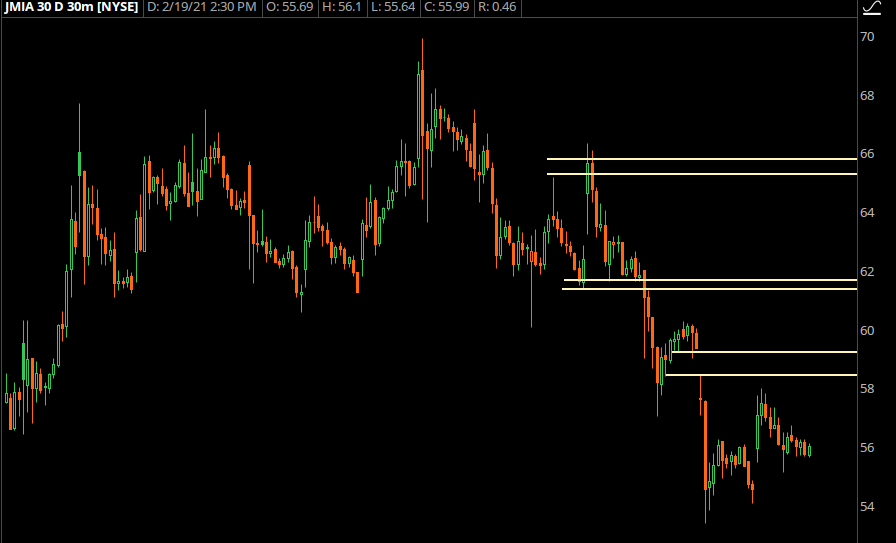 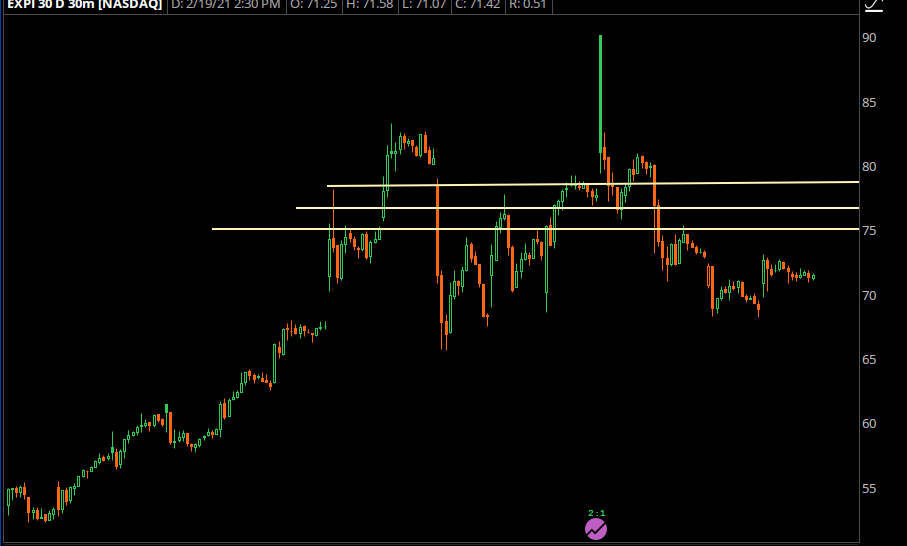 Any retrace into high 70s and start looking for a rollover. 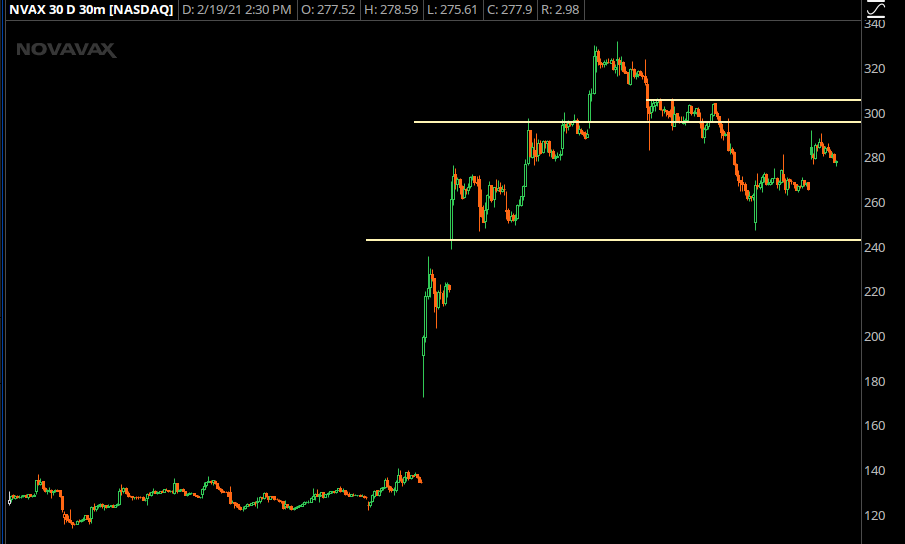 Nasty liquidity break on Friday. Look for retrace into 135 for entries. 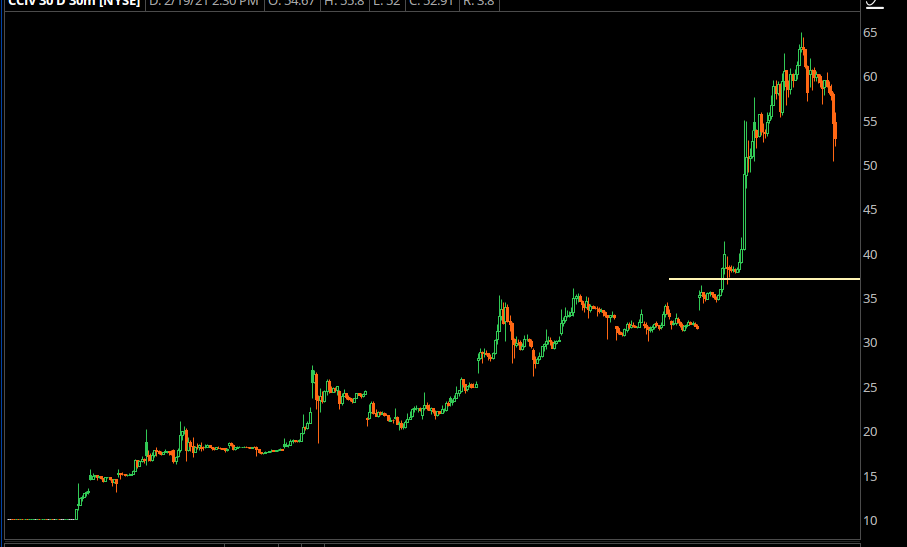 Should get a sell the news event as CCIV finally signs the deal with Lucid. Into the low 40s I want to sell some puts. 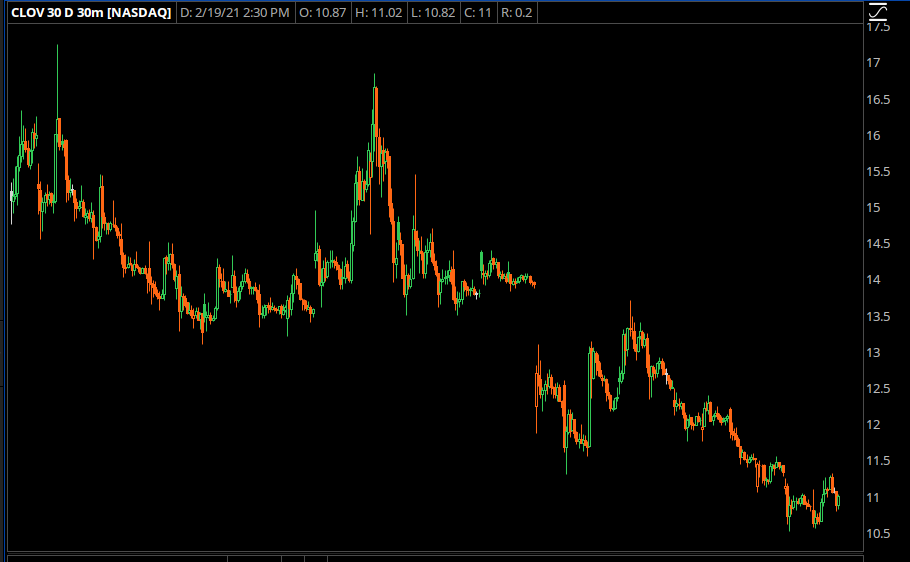 The stock is a dog but I expect the floor at $10 to hang around for a bit. 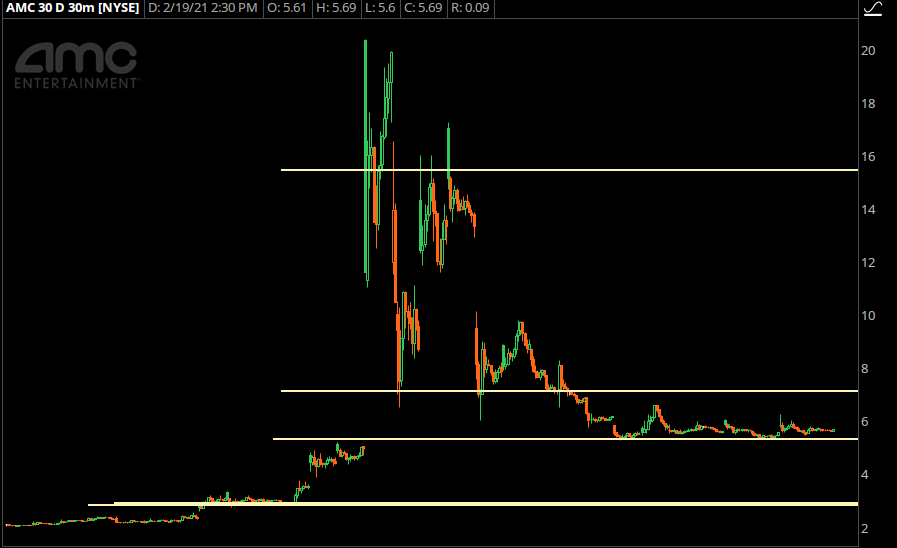 Look for the floor on the stock to get taken out, then start layering into some bullish exposure. Can easily see another pop if/when things unlock. 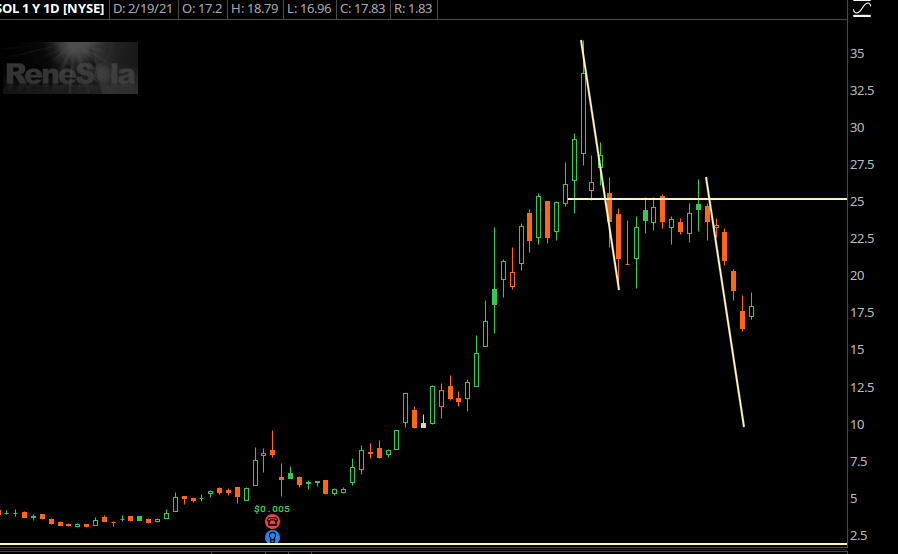 Stock has already been crushed a good amount, I know this because I had long calls on the 25 breakout (doh!). Right now, the March 12.5 put sales look juicy with intent to scale in. 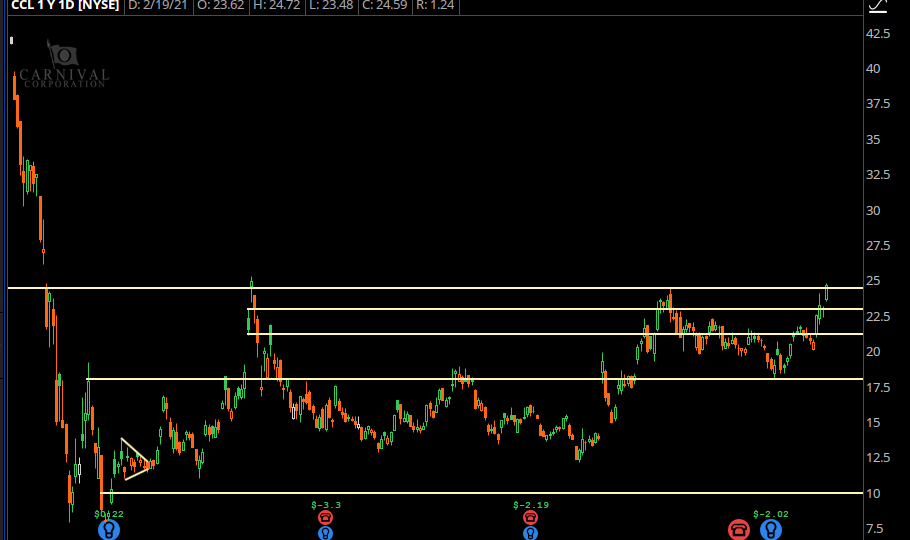 Lotta open space here if it gets going. We’ll probably see a few false starts, so sell into breakouts and rebuy into the “failed breakout” pattern.

Still Aggressive but not as much: April 30/40 bull call spread 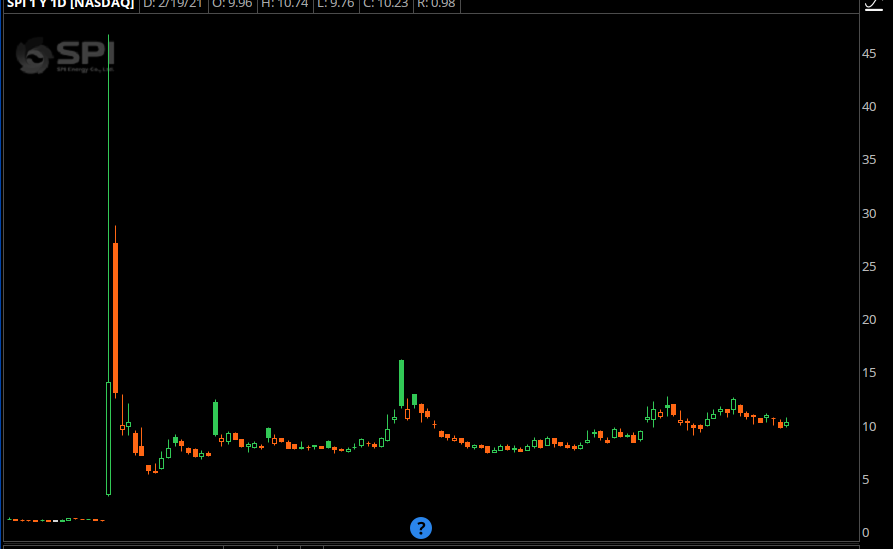 EV play, been consolidating since it’s parabolic run to $45. This will probably chop everyone up to death, then when all the spec options expire in March, it’ll start to run. 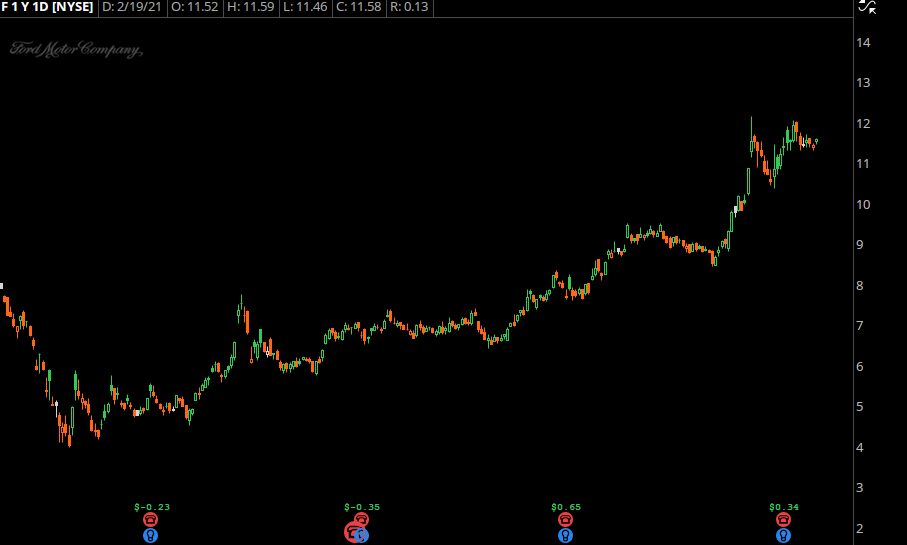 Ford, of all things, looks like it’s about to go parabolic, looking for some absurd push to $15. 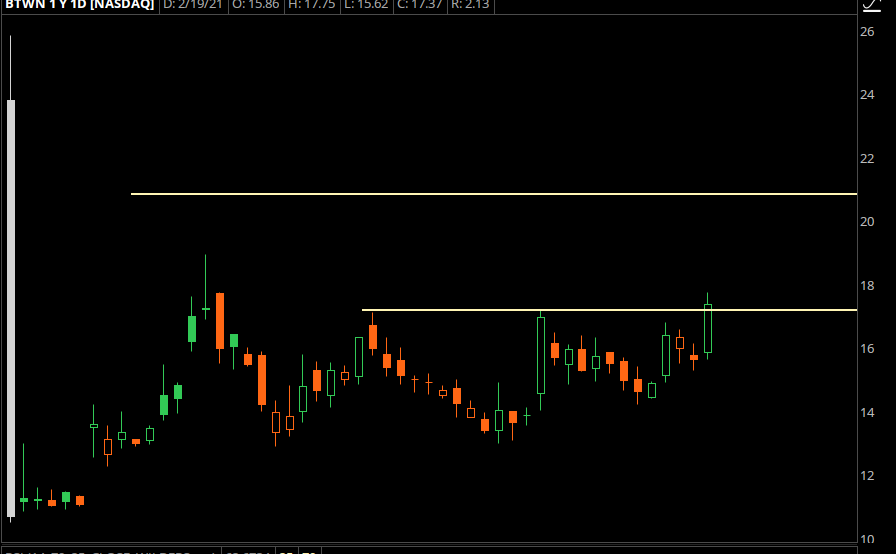 Stock starting to clear, looking for push to 20+ 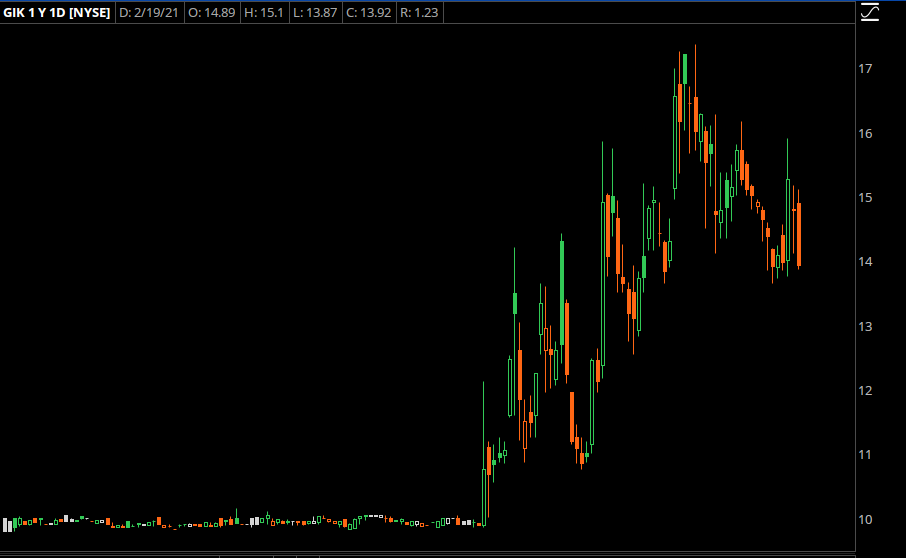 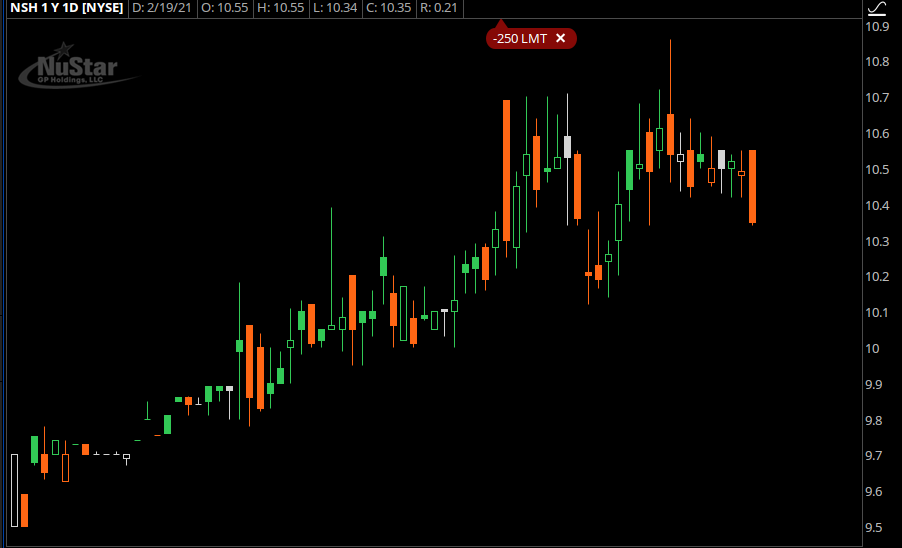 This is a pre-DA SPAC. It’s run by a bunch of spooks — CIA, DNI, and so on. They’ll probably bring something like a PLTR/SNOW onto the market. I’m in, and will add on dips, then sell some into any whisper of a DA target. 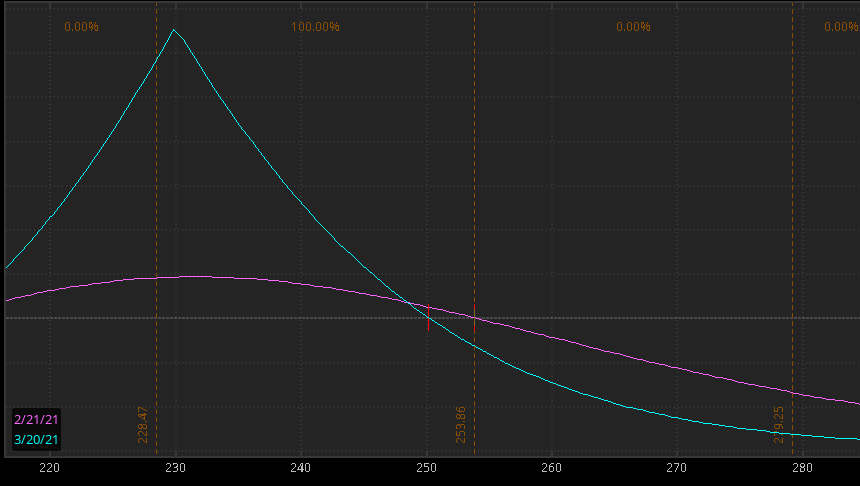 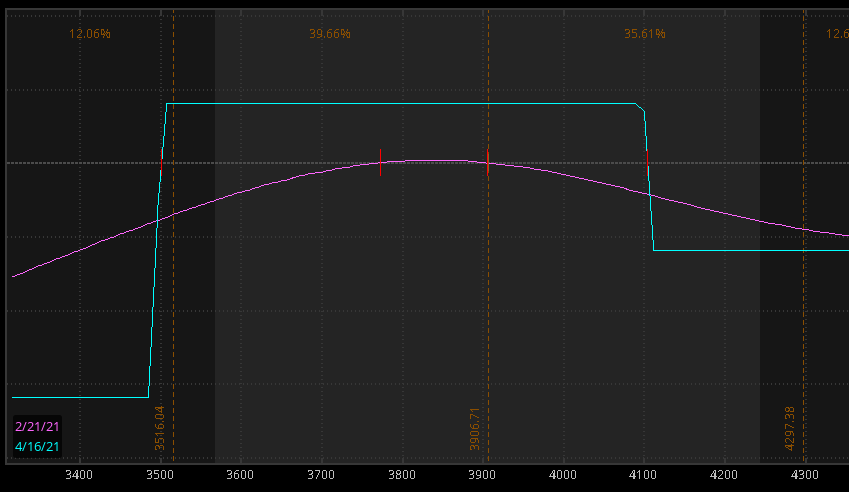 Aggressively take profits on the call spread into dips then resell into rips. 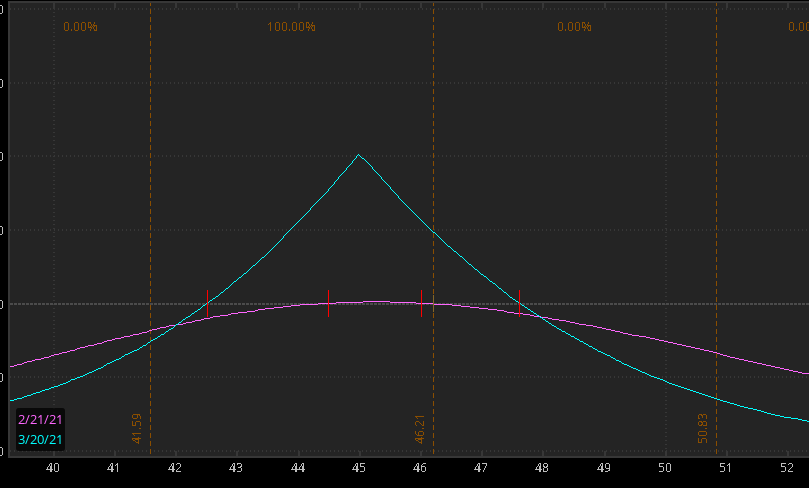 March/April 45 put calendar into any push into 48 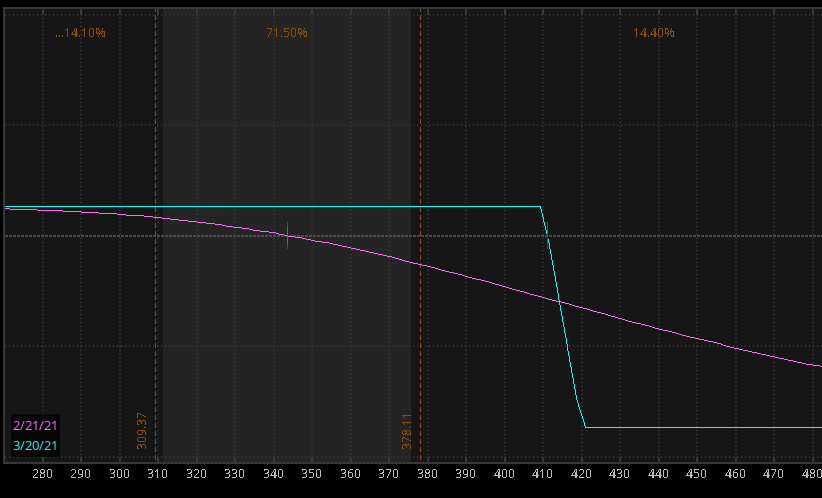 Into any extended Nasdaq weakness this week. Short option starts with 20 delta, looking at 3-5 wide spreads.