This showed up on my screener today.

First, a look at the daily chart: 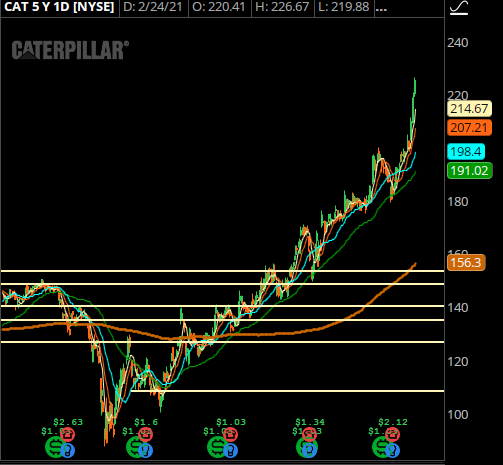 CAT has been running on the “global growth” theme that has been prevalent from the past few months. Lumber futures crack 1000, copper futures above 4, and CAT is definitely a proxy for those kinds of moves.

Let’s zoom out to a weekly chart, with some Bollinger bands. 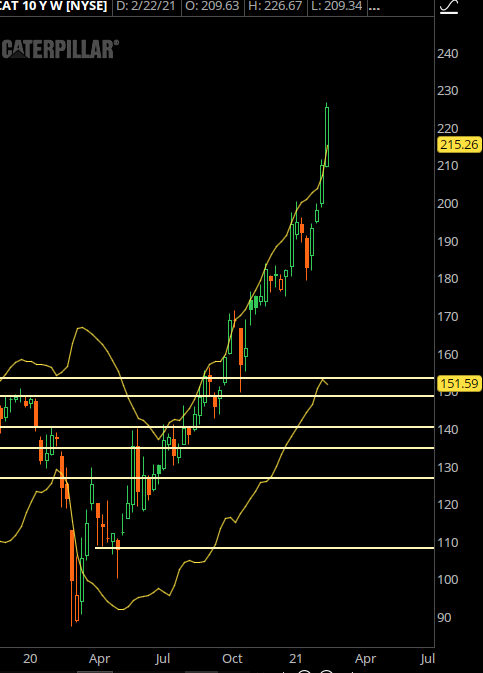 The stock is sitting with 2 weeks in a row above the WEEKLY Bollinger band. This is not something that happens very often… but over the past 12 months it sounds about right. That’s just the kind of market we’ve been in– panicked buy-ins as the US stimulus news starts to get priced in.

We have seen the stock run above it’s upper weekly BB before, but not with the kind of range expansion we’re currently seeing.

Here’s a look at the stock against its 50 week moving average: 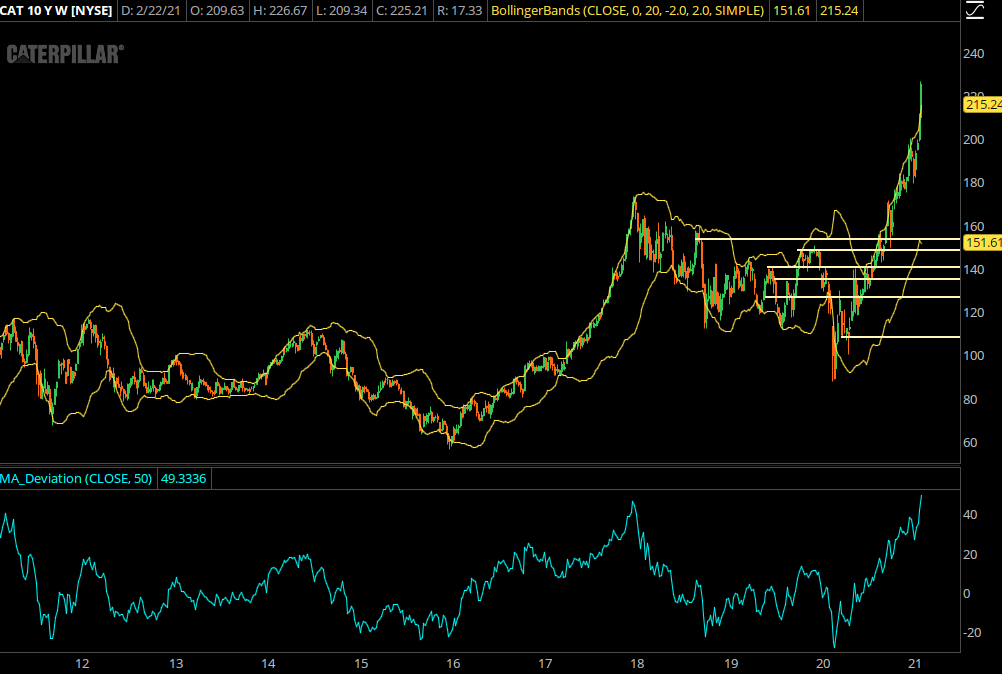 Stock is up 50% from its 50 week moving average. Last time this happened was the massive move in late 2017, which is where a ton of other assets were running.

Also, if you wanted to compare the move from that rally, here’s what it looks like: 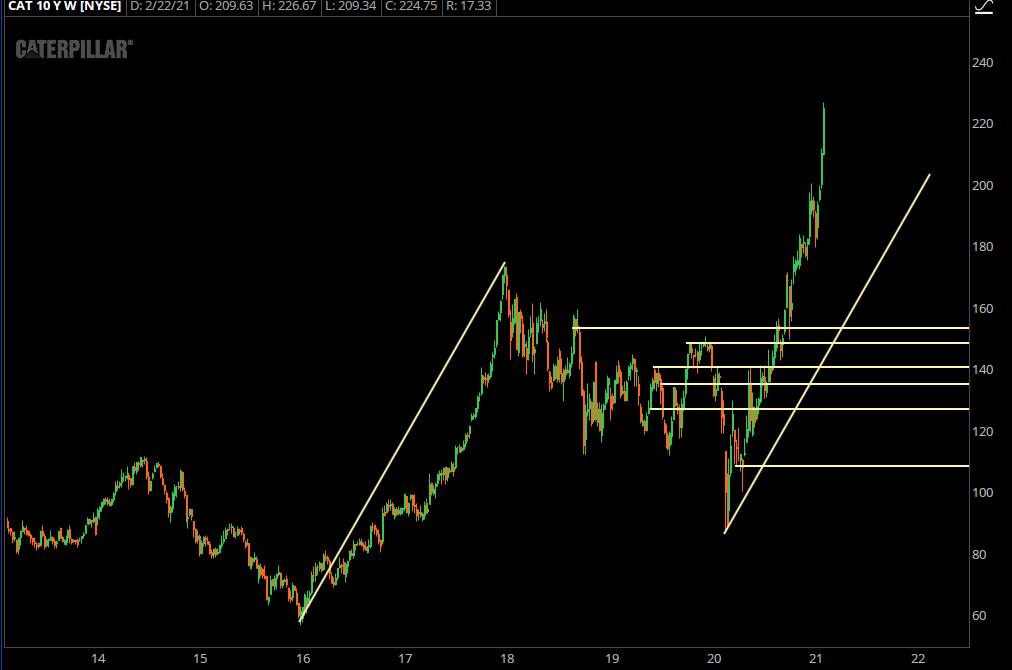 We are well past the energy we saw from the most recent parabolic move. Granted the end of the world was happening in March 2020 so we can be a little forgiving in that respect, yet I think we’re at a good sell area. 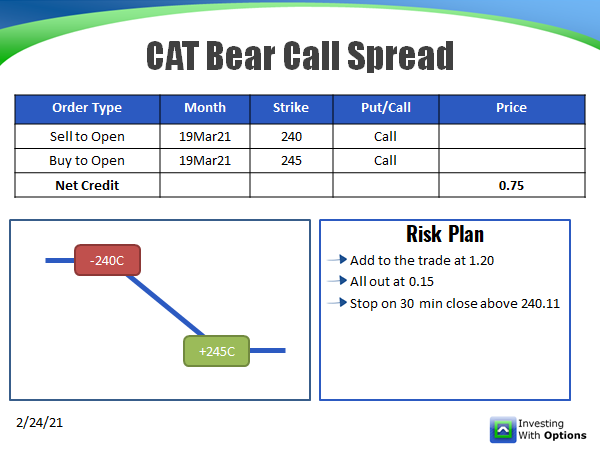 Pretty straightforward bet– we expect the further upside to be overpriced in the options market.

Because this market is so strong, we will scale in, adding to the trade if CAT has one more push. And if the stock holds above 240.11, then I’m going to take the loss and move on.