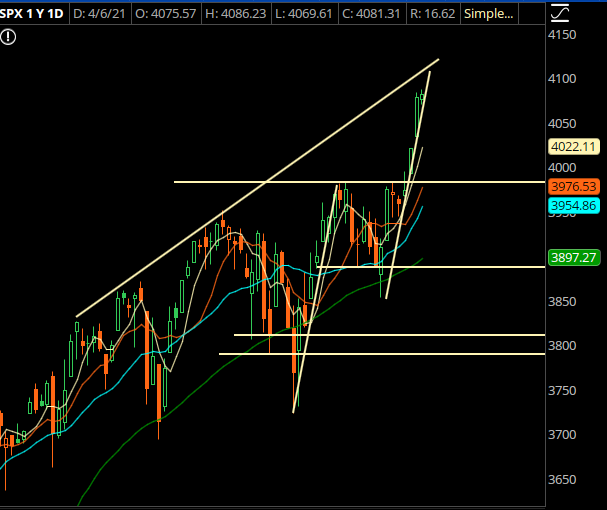 Strong breakout in stocks over the past few days, led by ramps in large cap tech. Right now this feels like a pre-earnings run in names like GOOGL and FB, and some kind of “good news” is getting priced in here, even though we don’t know exactly what the “news” will be after the fact.

Is the market extended? Sure, but it’s not extreme. The S&P is 2.6% above its 10 day moving average, which is high on a local basis, but we’ve seen higher readings. I think we can start considering a short opportunity on one more push higher. More on that in a bit.

We’re in a “tricky” spot when it comes to our framework. Most of our setups trigger when we see pullbacks, so we don’t get a ton of quality setups when the market is jamming to new all time highs. Many of our bullish setups are resolving and will be closing here soon, so that capital will be ready when the market exhales again.

Couple that with the fact that many names have earnings soon and our opportunities shrink even further. Our main focus will be on index and sector bets, along with stocks who have already seen earnings released. We’ll get back to our main stocks in a few weeks.

Don’t be surprised if the setups from today’s newsletter don’t fill– we are being extremely selective here with our assets and price levels, so the odds of a fill can go down in this kind of environment.

One theme that should work over the next week is a “throw in the towel” scenario on many former momentum darlings. Think about how it feels to be an investor in, say, DOCU, where the stock hasn’t been able to hold a move higher since July of last year! What will happen to the stock if it breaks down?

The textbook scenario is a full blown breakdown, but odds are you will see a stop loss run and institutions will come swipe up shares into that drop. That’s the kind of trade I’ll be looking for soon– and we’ll look at CHWY and LULU for a good examples of how this can play out. 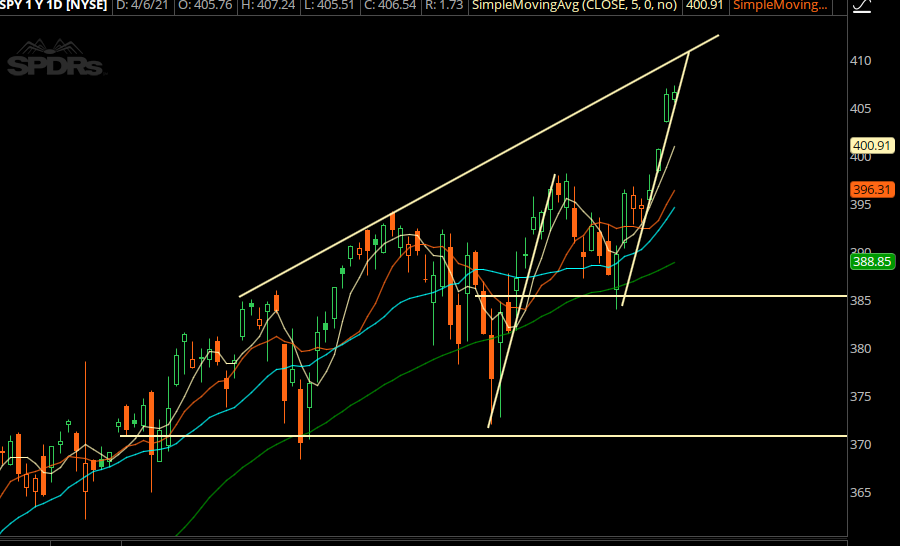 Shorting the market when it’s hitting all time highs can be a widowmaker trade, so we need to be very picky about our entries. If this is the near term top and the market wants to correct, fine, we’ll play it to the long side. Just make sure you’re not forcing a trade here and selling call spreads just because “it’s up too much.”

There is an area right aruond 410 that matches up with a few things: the upper trendline that has been respected over the last few touches, the measured move from the most recent impulse low, and the distance from the averages that would make it significant enough for an edge.

We will look at this trade if and only if those upside levels are tagged. 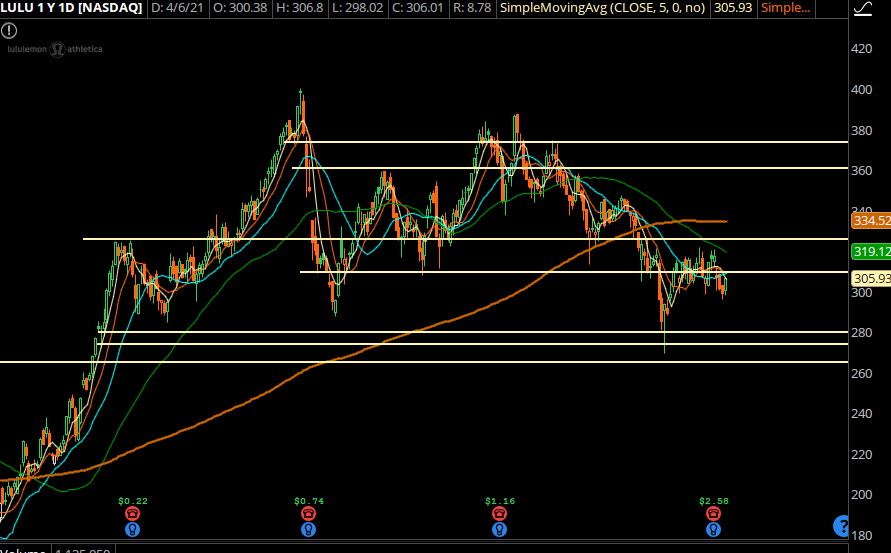 LULU is one of my favorite traders simply because the company earnings are “off-cycle” so they are already out of the way.

There was also a past life where I was an acroyoga instructor in one of the stores, so I’m a little partial to the company.

For the past year, the stock has been a real stinker for anyone trying to play for significant price appreciation. There’s risks here to the company– market saturation and rising input costs, although the most recent knife under 300 was the news that priced it in.

I think the most recent capitulative lows are in, but we could see an attempt of those levels. Look for the gap fill from the day after the lows were put in as an initial entry point. 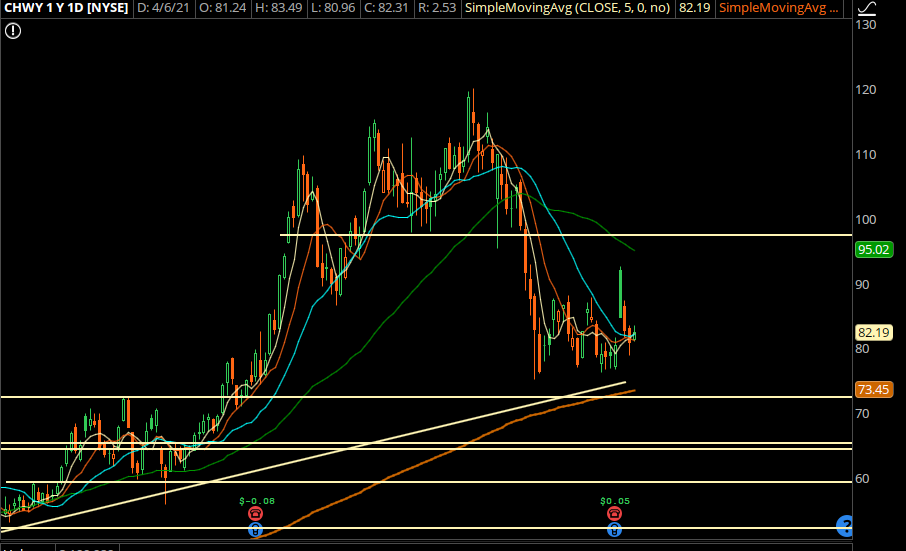 CHWY also reported earnings, but it was an ugly reaction. The gap up above 90 was met with aggressive sellers– probably those investors who got stuck long above 100.

I’m looking for a stop run here. There’s a clear support level that all eyes are on, and many stop losses just underneath that. I know it, you know it, the investors with the stops know it…

If the breakdown is obvious, it won’t break down that easily. Instead, look for the bid to get pulled and shake out as many people as it can, then rip higher as the support levels just underneath come into play.

This has a lower price target because I don’t want to be too early to that, but I think we’ll get a good fade once we come into the low 70s.