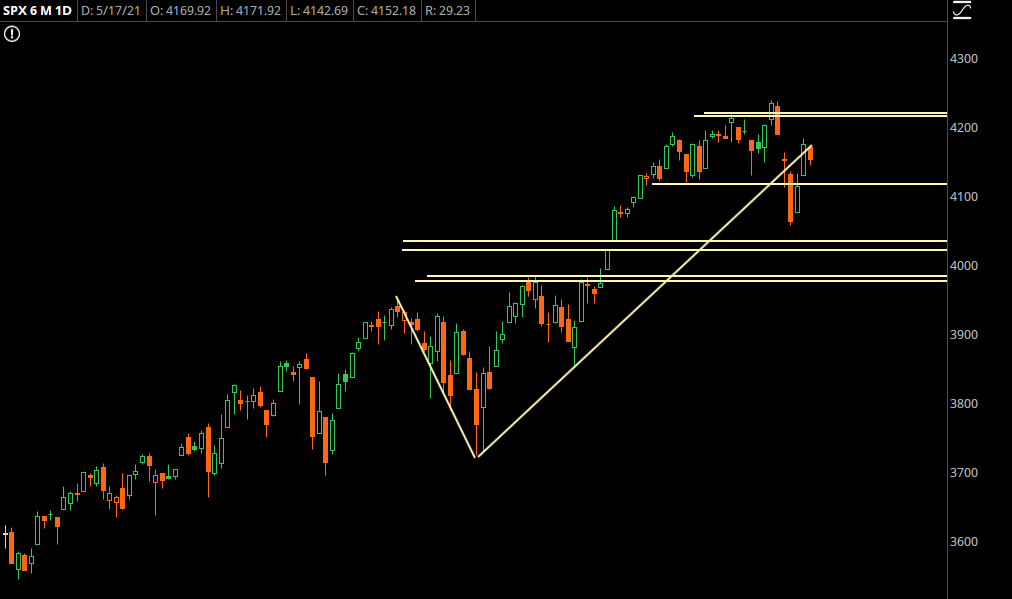 Markets are attempting to stabilize after last week’s dip-and-rip.

It’s reasonable to expect some giveback of the past two days. That felt like a good squeeze, but things are still soft in large cap tech. If those can recover while banks/industrials stay bid, then you can easily see a test of recent highs.

4120 is my big pivot level on SPX. The longer we hold above it, the higher the odds of trend continuation. However if this most recent bounce higher is aggressively rejected, then we’ll probably attempt a test of 4000 in the near term. 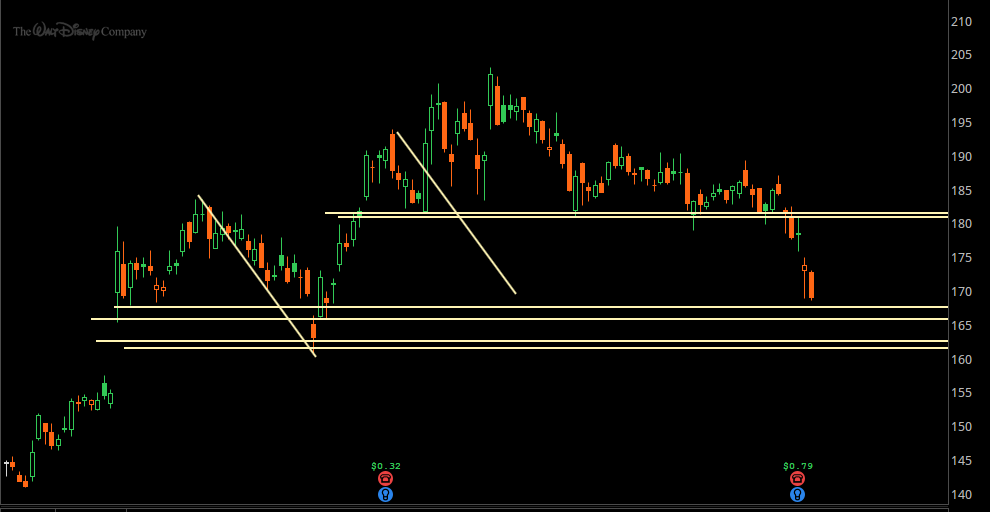 DIS had a gap down on earnings and is seeing continued selling after the fact. We are coming into the bottom of this year’s range, and the 200 day moving average sits at 159 and should come up to support prices.

I’d like to see one more push to the downside to start scaling in to the long side. 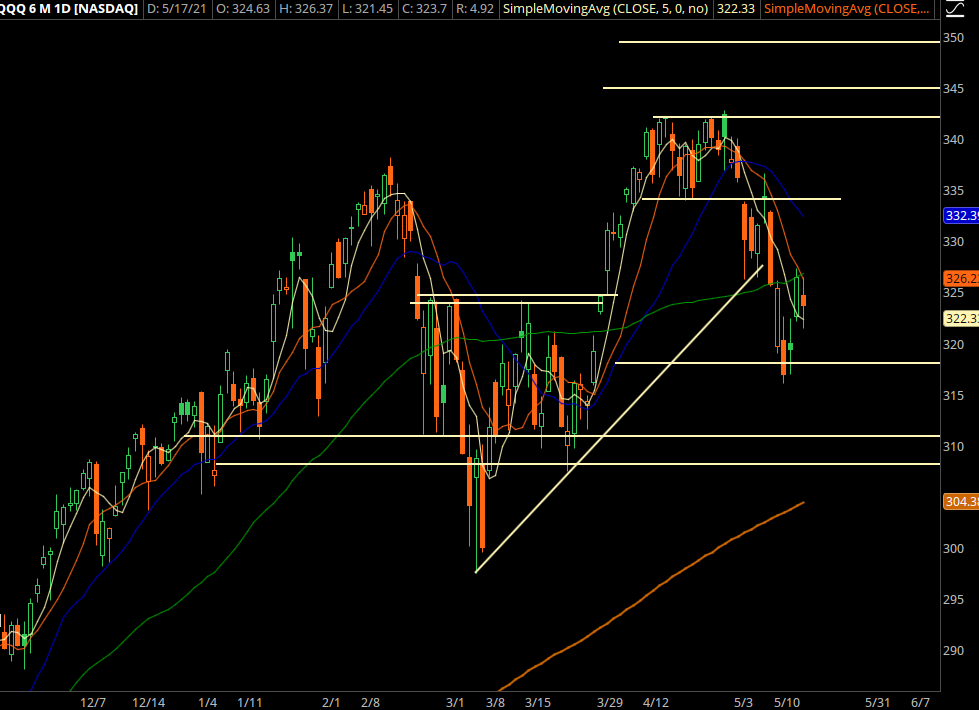 Tech continues to be relatively weak. While the S&P easily recovered into its range, the Nasdaq 100 is well below that reference point.

There’s a potential short setup coming into 333, an dwe’ll keep an eye on tht, but for now I want to be prepared in case there’s a second push down to 310. That will coincide with several pivot clusters, and the rising 200 day moving average.

Lots of lines here, but my main focus is in the high 170s. I’m considering short at current prices, and I’ve been early many times in GLD so I want to see an attempt of that gap fill from a few months ago.