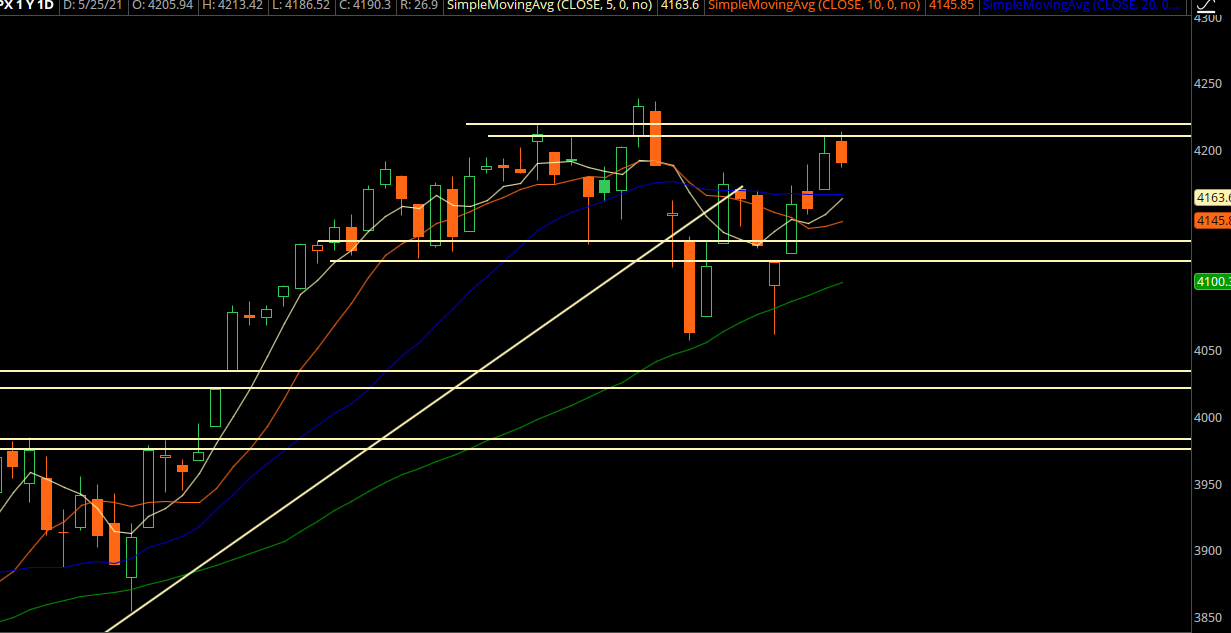 After retesting the swing lows from earlier this month, the major indices are coming back up to key levels. SPX is tagging the resistance before the failed all-time-high move. NDX is resting the prior support levels from May, this time from the underside. And the Russell 2000, which has been dead money for over 3 months, has some key levels about 30 points higher that I would love to see tested.

It’s not unreasonable to expect some back and fill here, but what’s important is to keep an eye on the nature of the any kind of pull.

The primary level I’m watching is 4120-4130. Simply put, the longer we hold above the level, the higher odds of a trend continuation and a potential breakout in the overall markets.

However if we see aggressive sellers roll up, then that’s going to be a warning sign of a deeper correction. My hunch is that kind of market action won’t happen until after the summer, but we will see. 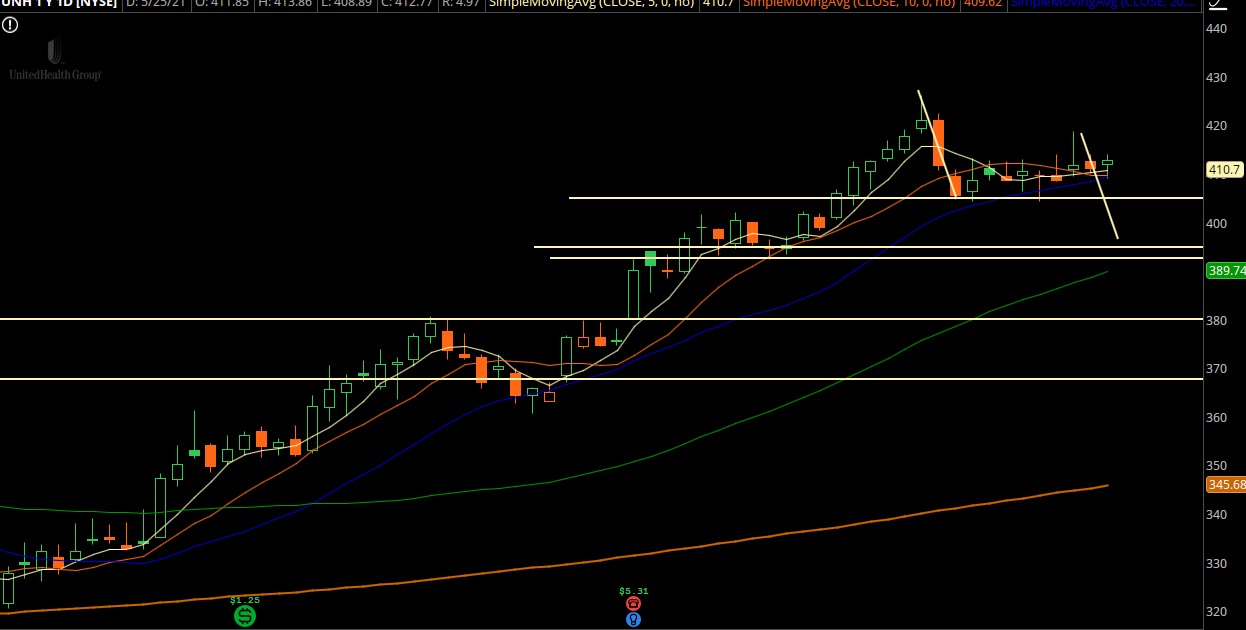 UNH had a great move over the past few weeks, and has established itself as a new market leader. It had a liquidity break earlier this month, and I’m using that to create a “measured move” setup where a second push lower is similar to the first push.

That measured move takes us back to previous support, and the rising 50 day moving average. If we get that I will want to start getting long. 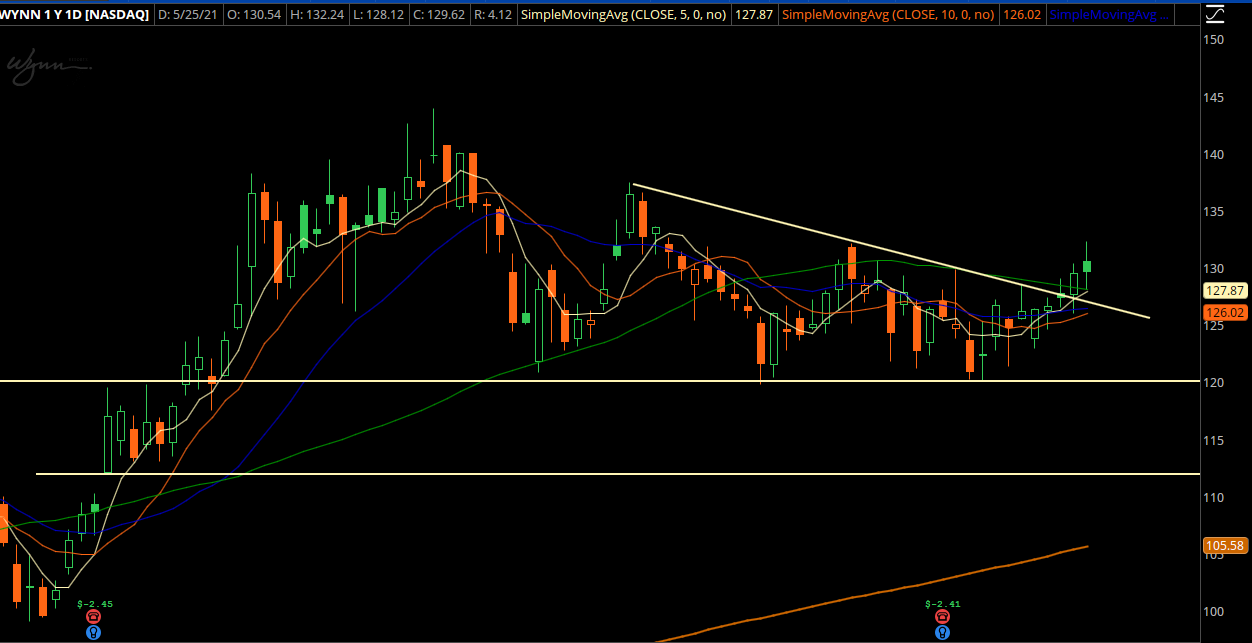 This stock broke 120, a longer term level, and has since held that, creating a “base on base” pattern. It’s broken out and price is now above all major moving averages. I think we can see a breakout attempt, and at worst it just chops around for a while. 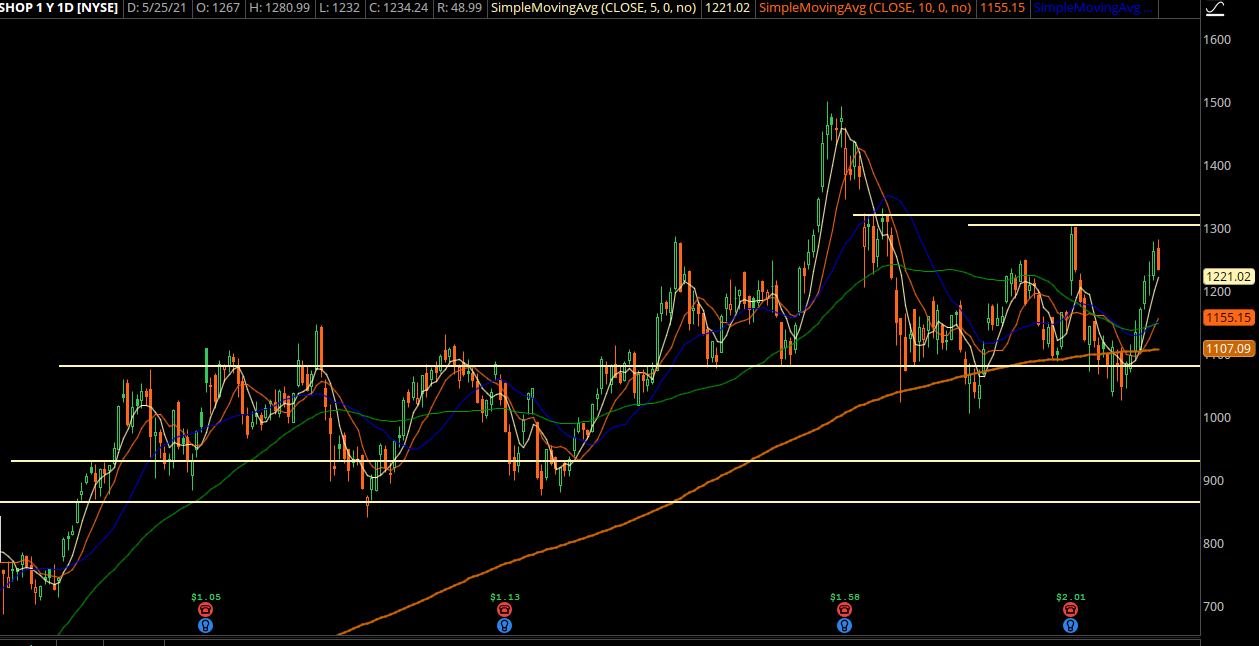 Sloppy price action on this one. We’ve got 1300 as a huge level and I think this most recent move was an attempt to hit that level. It still is attempting to build out a base, and a test of the middle of this recent rally is a good spot to work from.

The bid/ask spread on the options are a little wide, so this is my “best guess” on the option pricing if we pull into the levels I want. Make sure that the prices line up with what I have if we come back into 1160.