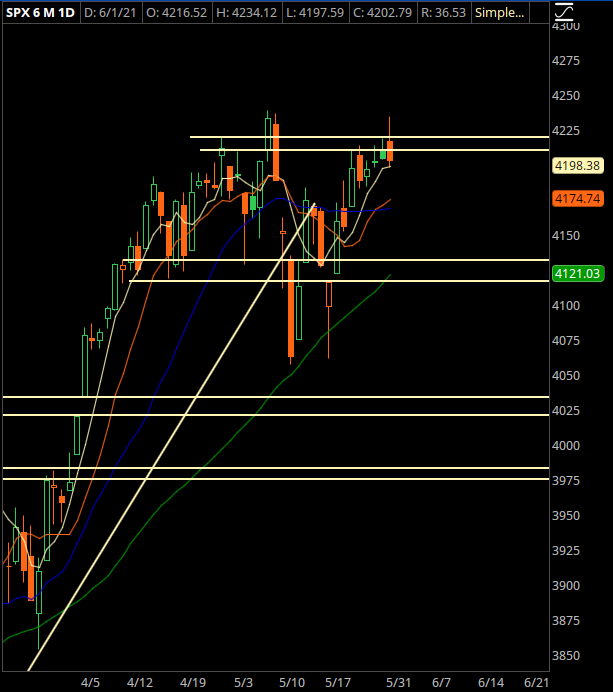 We’ve got another failed auction higher as the S&P tried to get and hold new highs. Similar look in the Nasdaq 100, where previous support is now acting as new resistance.

I’m not getting super bear-ed up here. This selloff feels a bit more like a trap, to entice sellers in right before we head into earnings season.

And this is something I’d be *very* OK being wrong on. I’d prefer some volatility and a decent selloff to reenter into some bull put spreads, but the best odds are of a shallower pullback and then a push by large cap tech to take the market to new highs.

4130 still my big level on the S&P. The longer we hold above it, the higher the odds of a breakout. 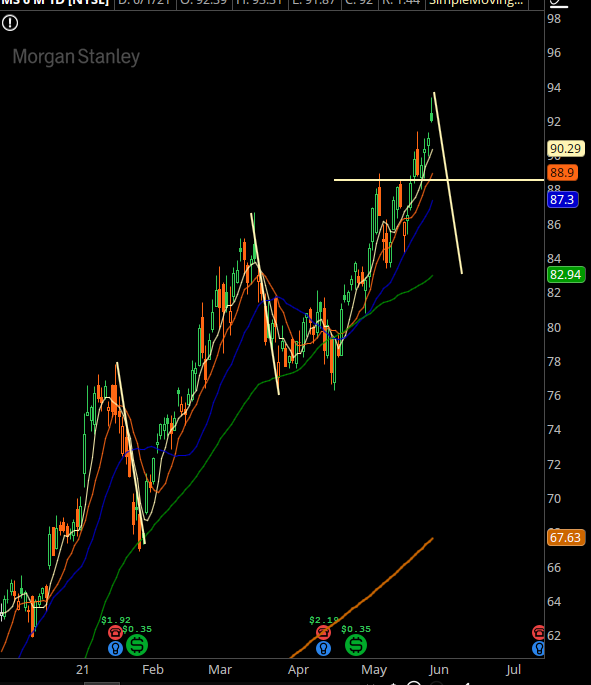 The past two major corrections in MS have led to very similar pullbacks in both magnitude and duration. The line on the left of the chart was copied from the middle one, and I’ve also taken it and extrapolated what a similar selloff would look like into a pullback.

I will start scaling in a little higher than that expected move, and we will have the rising 50 day moving average coming up to support price as well. 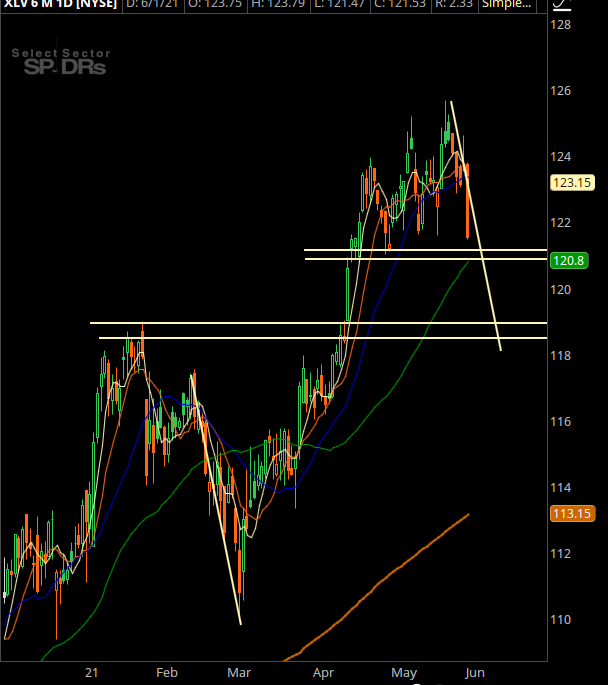 Nasty selloff today, and it will be coming back into price support and the rising 50 day if it has a nice gap down tomorrow. I will scale down into the previous resistance level from the beginning of the year. 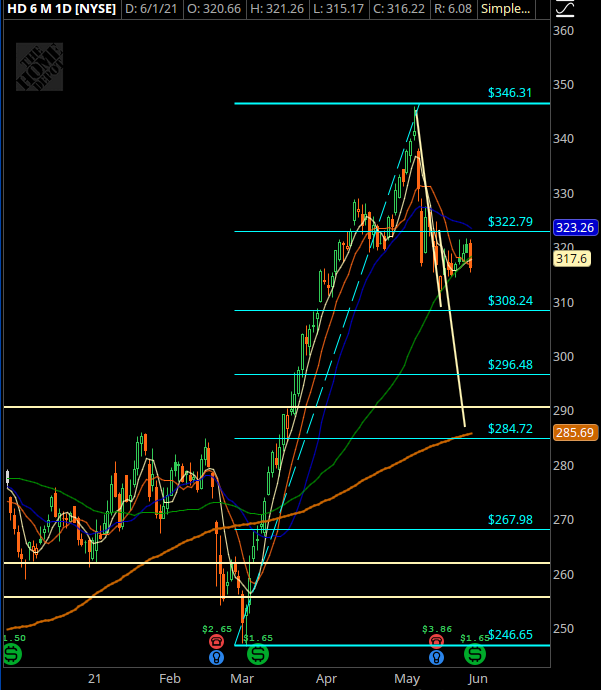 This is a “wishful thinking” trade, but if it comes into 300 on some kind of nasty selloff I want to be involved.