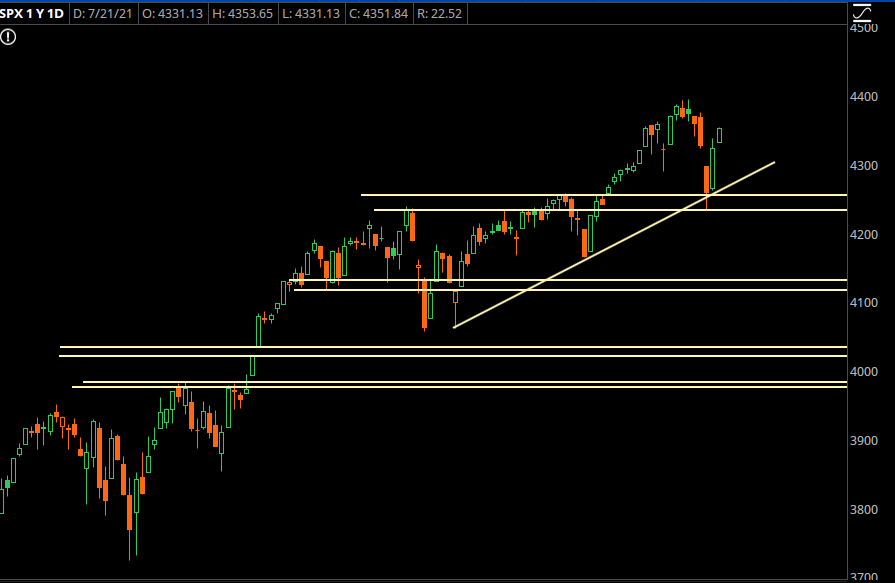 If everyone loads up on hedges at the first sign of weakness, it’s hard to find some proper followthrough.

Last Friday’s weakness saw some followthrough on Monday. It was ugly, with the SPX down about 2% when it was near its lows.

Two days later and we’ve retraced most of those losses, and the market is coming back into Friday’s open.

What gives? Why can’t we get that second push to the downside?

My best guess is that it comes down to the VVIX. 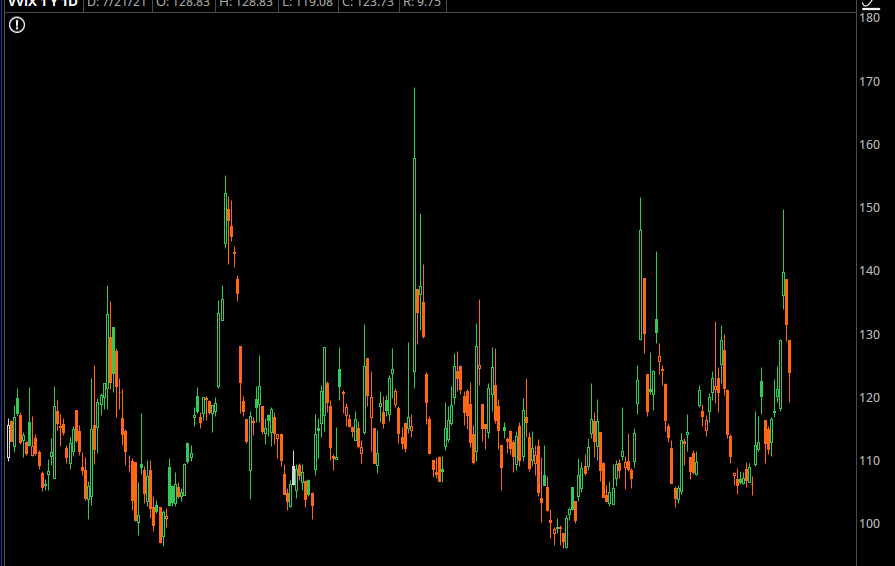 When you have the first selling day met with a push to 150 on the VVIX, it shows that institutions are willing to pile on, in size, with VIX options.

And if you get too many people buying those calls, it creates a natural floor in the market.

And THEN… if the vega on those VIX calls start to dissapate, the dealers are forced to get long SPX to reduce directional risk.

Throw that on with some short calls getting smoke, and that’s how you get the options-driven squeeze we’ve been seeing.

Zoomed out, this is a pretty normal pullback, and the fact that the SPX tested prior support, now resistance, suggests to me that this is still a fairly constructive market.

As to new setups… we’ve got earnings season for dang near everything in my watchlist, so we will focus on a retracement short on the SPX and two plays on sectors.

Once we get through earnings season, we will have some nice setups on individual stocks. 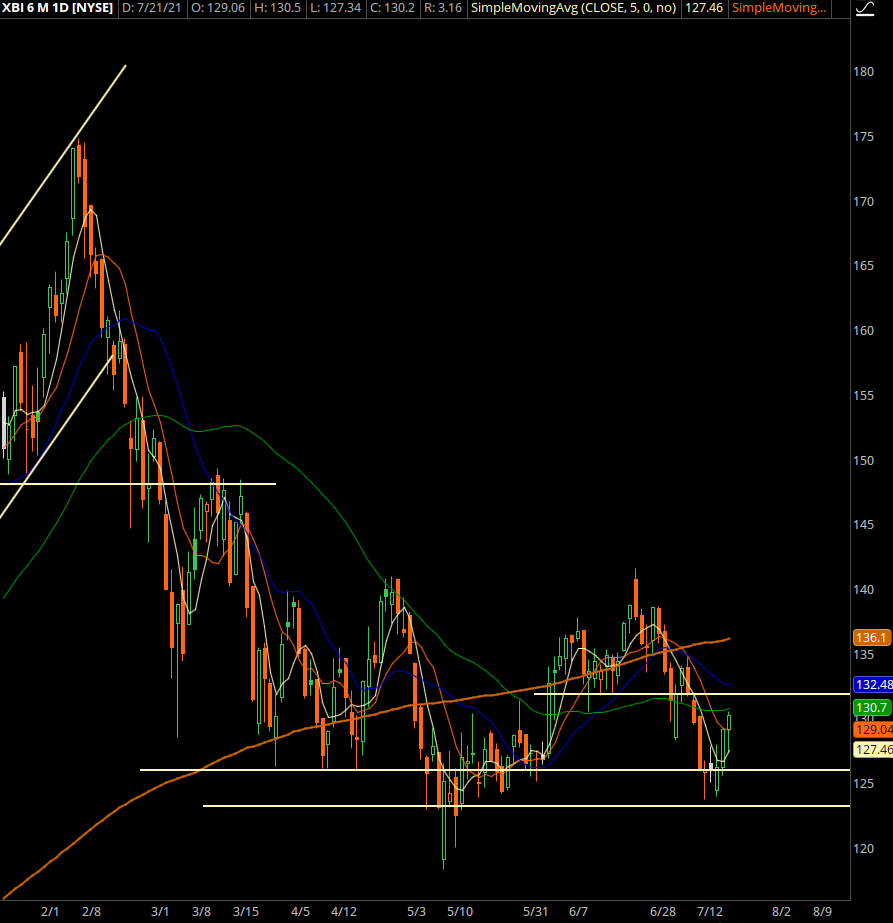 XBI (biotech) is developing a longer term bottoming process. The 126-124 level has held since March, and there was one captulative gap under 120 that was bought aggressively.

The index is currently bid up and coming into key pivot levels, so we want to look for a shallow retracement with the bet that these recent lows will hold. 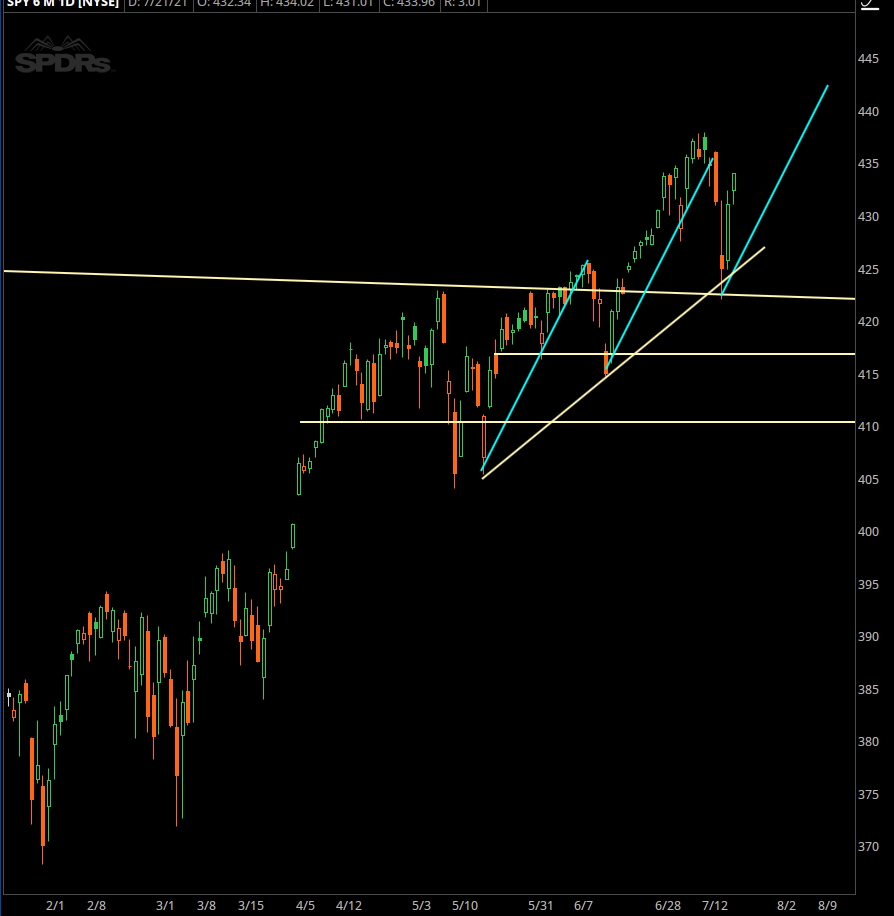 Pay attention to the three blue lines. It’s no completely precise, yet it shows that the magnitude of the rally in May is similar to the one we saw in June. If we were to see something similar now, it means we would find sellers right around 442.

A lot of this will come down to large-cap tech earnings, yet it’s reasonable to assume, that without the introduction of a new catalyst, the energy required to push the market up won’t be sufficient, and we will at least settle down into a trading range.

I don’t think shorting here is a good idea, because way too many people are stuck short and I don’t think they’ve cleared out yet.

If you were short, where would you place your stop? That’s the question to ask here. You don’t want to use a new all time high, as that’s a chump level to work with. Instead I think the failed gap higher from July 16th, would be a reasonable place to see a stop run… and that’s where we want to initiate some call spread sales. 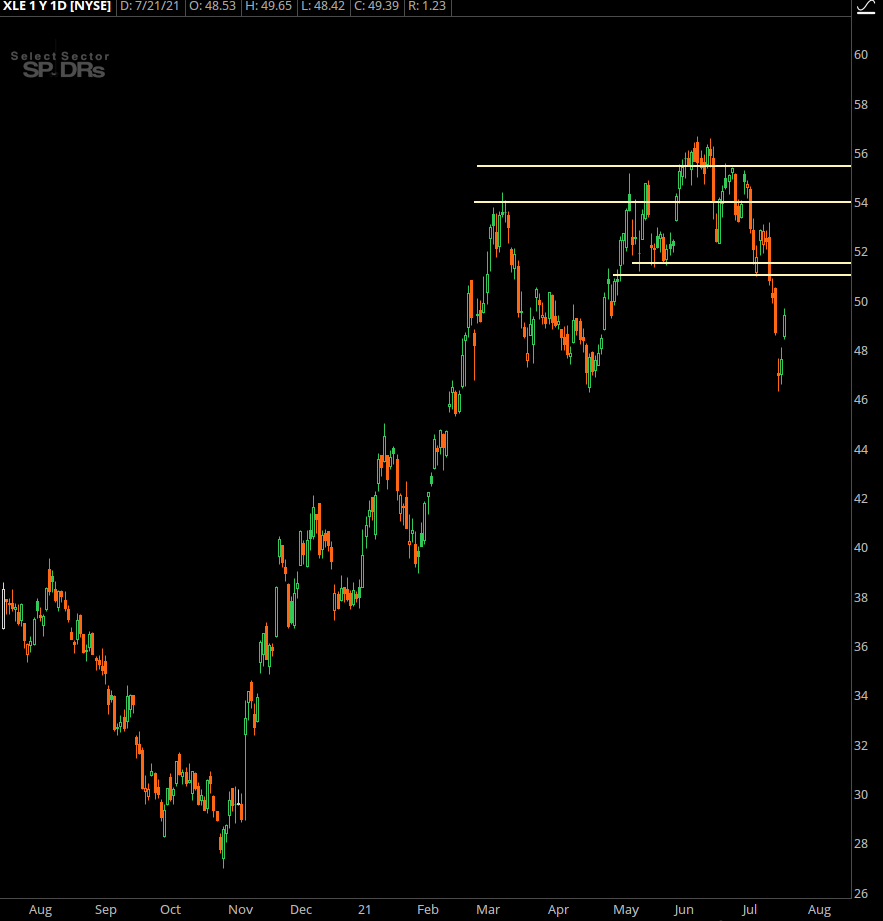 With the nasty crude breakdown, XLE saw a fast push to support at 46. It’s now retracing, with key levels at 51. This is a multi-week distributive process and I have a feeling there are some stuck longs who bought in June. I don’t think it’s a good short here, yet if we go and retest the low 50s, we will get a good edge.