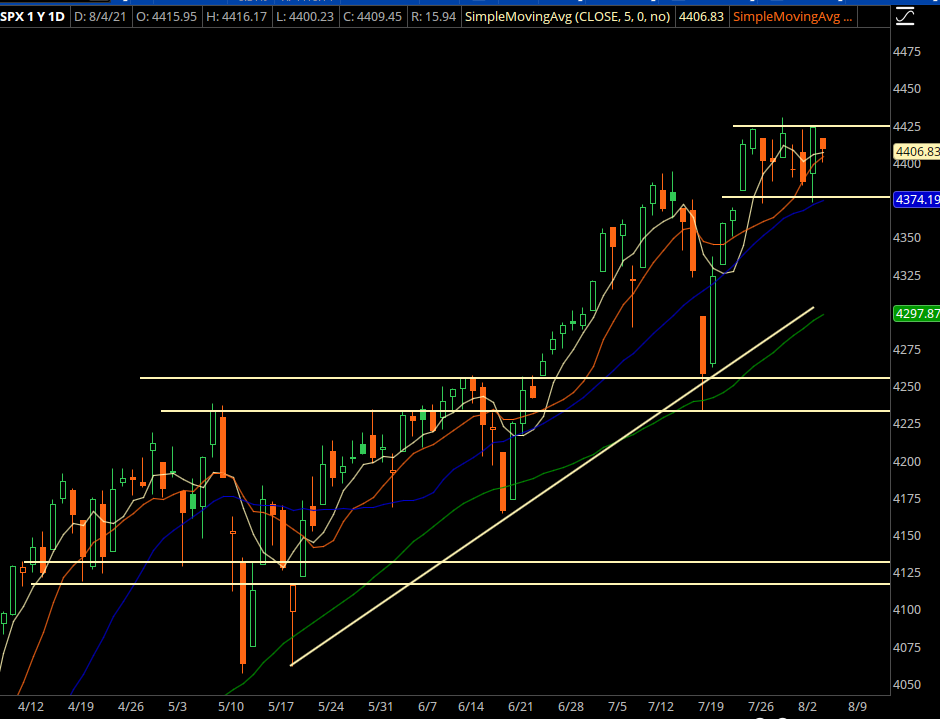 Markets have been in a whippy range over the past two weeks. It’s been exceptionally rotational, and I’ve not seen much on the large-cap side to really justify being *super* bearish here.

One thing to keep in mind is how stinking elevated the volatility markets have been. The VIX has stubbornly stayed above 16, most likely due to concerns about the cold-that-shall-not-be-named… I email this out and I want to make sure there’s no keyword blocks that break my ability to send to you…

There’s two primary risks about this. First is biological… the sunbelt is having its seasonal wave and many are freaking out, and we’ll find out in about a week if this is even a concern.

The second risk is political, and I am hesitant to even talk about it given how polarizing it is. I will just say this– there are rumblings about large executive orders that would have large effects in stocks, and I think this is the biggest risk in the market.

Ok, out of politics. Smallcaps are continuing to show signs of distribution, which could be a concern, but we haven’t seen enough evidence to really put the warning sign on.

So what do we do here?

I think the best bet is to stick with strong sectors, and we can balance out with a few more short setups if they start to play out. 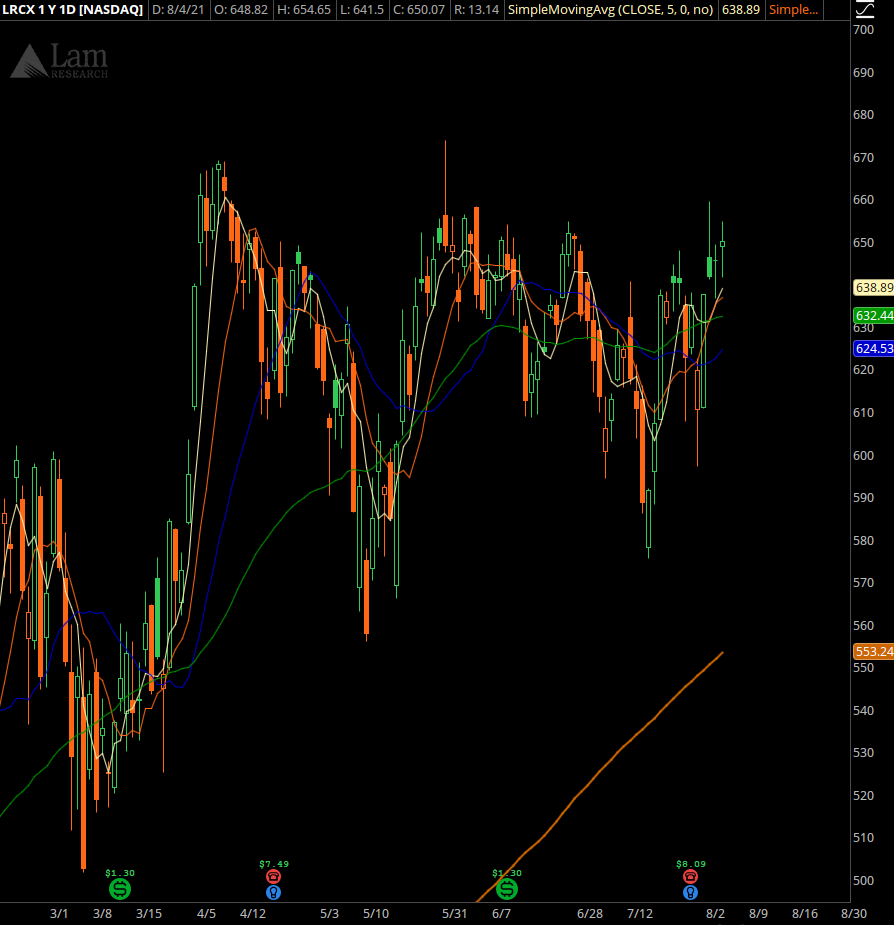 This is a semiconductor company, and this sector has been incredibly strong– see the parabolic run in AMD this week, along with the most recent rally in NVDA.

I think that this looks ripe for continuation. It’s been choppy for a few months so I don’t expect it to be a straight shot higher, but we should get some nice movement to the upside, and as long as the lower end of the range holds, will be good for a trading vehicle. 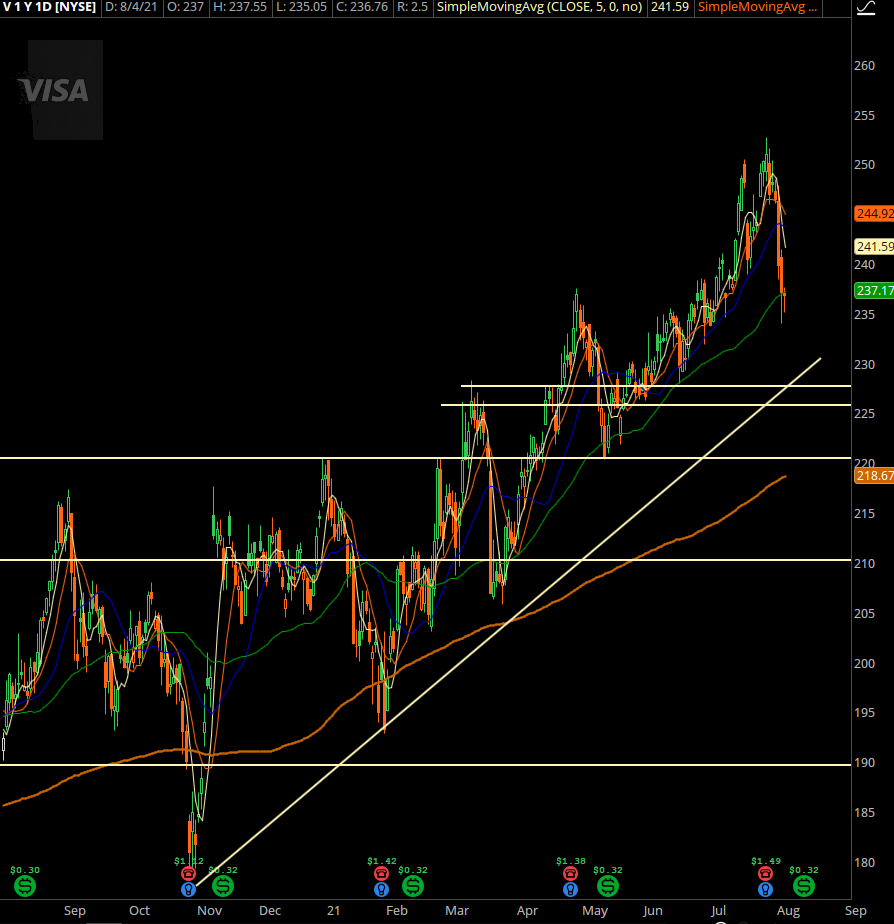 Visa has seen a nice correction here, and is seeing some near term buying pressure against the rising 50 day moving average. Underneath that we have a larger support trendline to work with, as well as a key pivot level into the 230s. 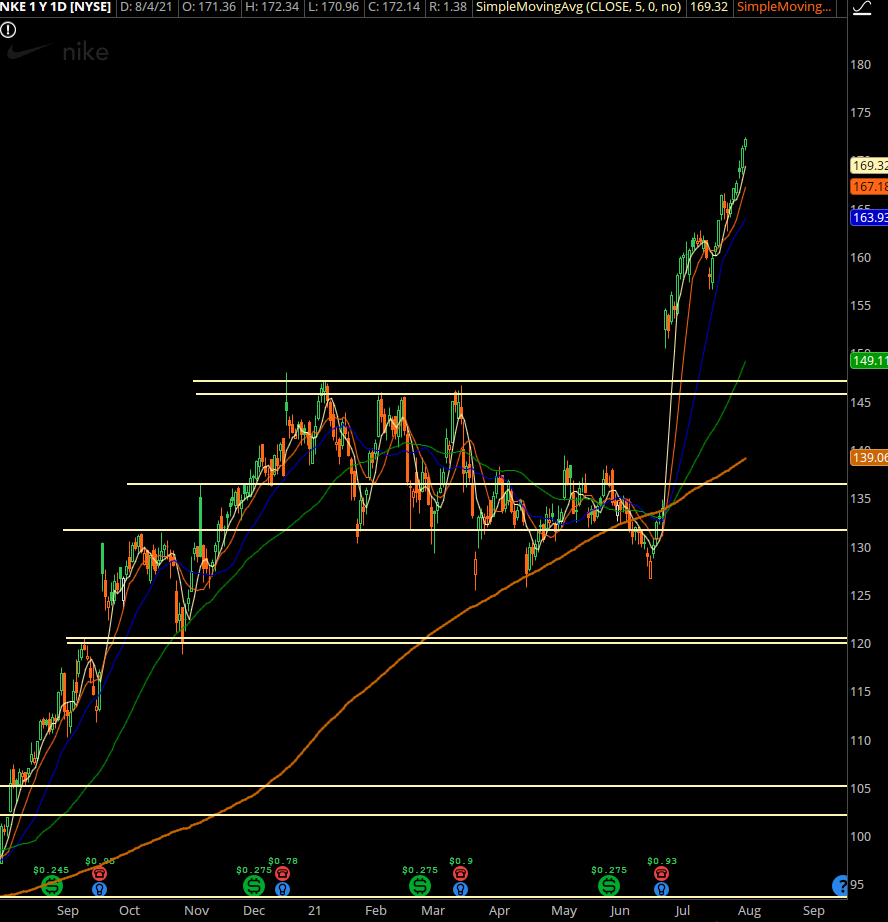 This is just one of those solid trenders that hasn’t looked back after its monster earnings gap. I think that, in the near term, perfection is being priced in and that we could see a rug-pull before the earnings event, which is scheduled for after September options expiration.