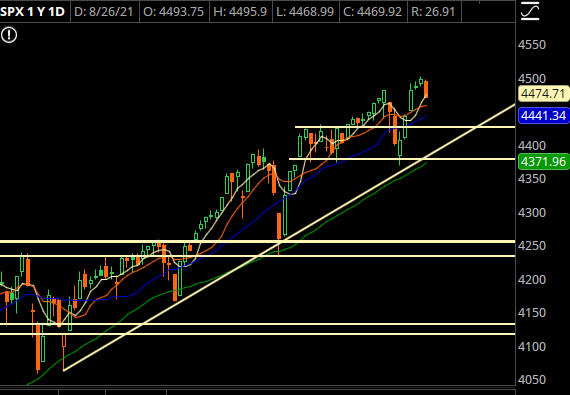 I know that it’s a “squishy” kind of metric. After all, that’s hard to quantify, but let’s just look at what we’ve seen over the past few weeks.

First a clean breakout from the trading range and a marketup to about 4475. Into Aug opex we see a a nasty rug pull, only for that trading range at 4370 to hold, followed by a low-liquidity snapback to new all time highs.

Then today we open at the highs and close at the lows.

So yes, we hit all time highs yesterday, and that’s rarely a reason to be bearish. Yet we can have a “normal” pullback and it will feel like the end of the world. Because it’s been a bit since we saw a 5% pullback. That would take us down to about 4300, which wouldn’t be a disaster, unless you are leveraged to the hilt.

And that’s about where I stand right now. We’ve got rumblings from the Fed about a taper and that on its own could lead to a good shakeout in the markets.

Today we’ve got a setup that is ready to go right now, and if we’re wrong, will get stopped out pretty quickly.

The other two setups are looking for liquidity breaks in large cap stocks. 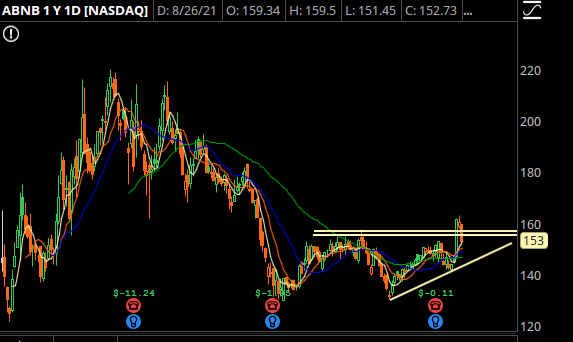 ABNB had a nice breakout on volume, and their earnings weren’t a disaster. Right now we are seeing a stop run on all the folks who chased the stock after the breakout, but the overall technicals look healthy. We will use the recent pivot low as our reference point. 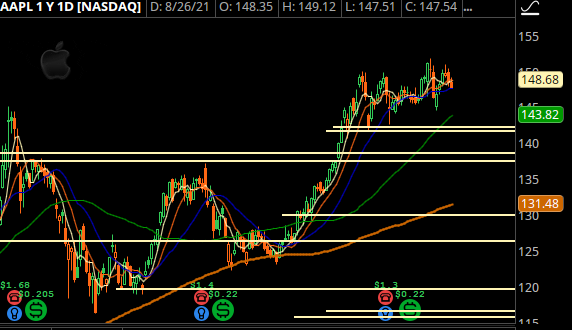 This is a crowded trade. Too many tried to chase the breakout, and it failed last week. Two days ago we came back to it, only to find sellers again. The most recent range support probably won’t hold if we test it, as it’s an obvious level and they will run stops. Instead I want to see a push to prior pivot resistance to play the name. 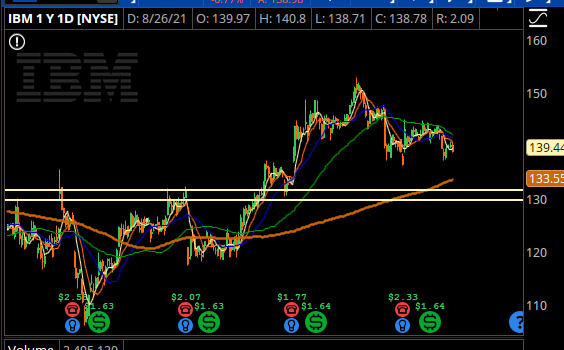 Looking for the retest of the big trading range down at 130.