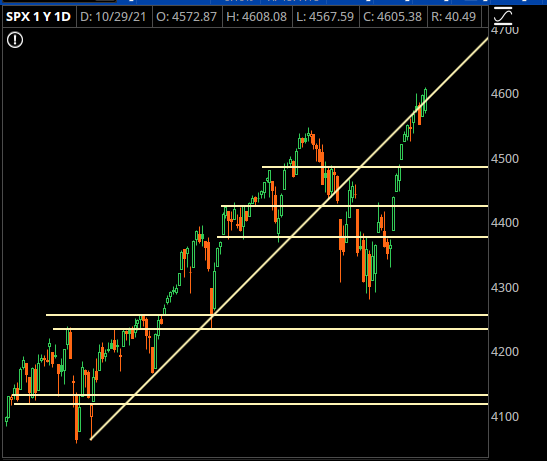 Markets are still running hot, with TSLA being the workhorse for large cap tech.

On top of that, you’ve got IWM (smallcaps) with a potential breakout, MDY (midcaps) already breaking out, and a ton of risk/meme names running. The party is back on, and it will probably be that way for a bit.

There are some pockets that afford us good risk/reward where they haven’t participated in the rally due to single stock risk, or perhaps a sector that could fall out of favor for a bit. That’s where we will focus today. 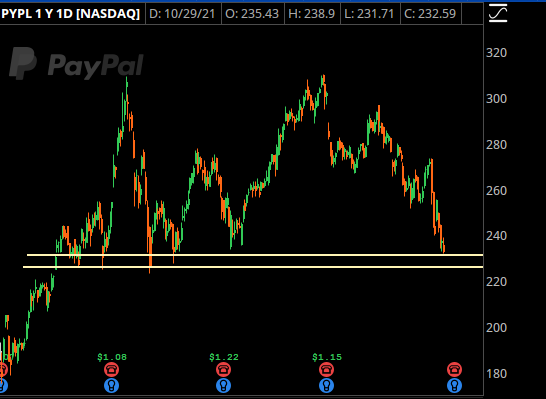 PYPL, along with other payment processors like V/MA, has not had a good October. It’s selling off right into a major level of support, which I think is a good place to start a position.

Keep in mind– PYPL has earnings so you may want to size down a bit to avoid gap risk. I think it will be OK as much of the bad news is priced in, but earnings are earnings so that’s the risk you’ll need to make. 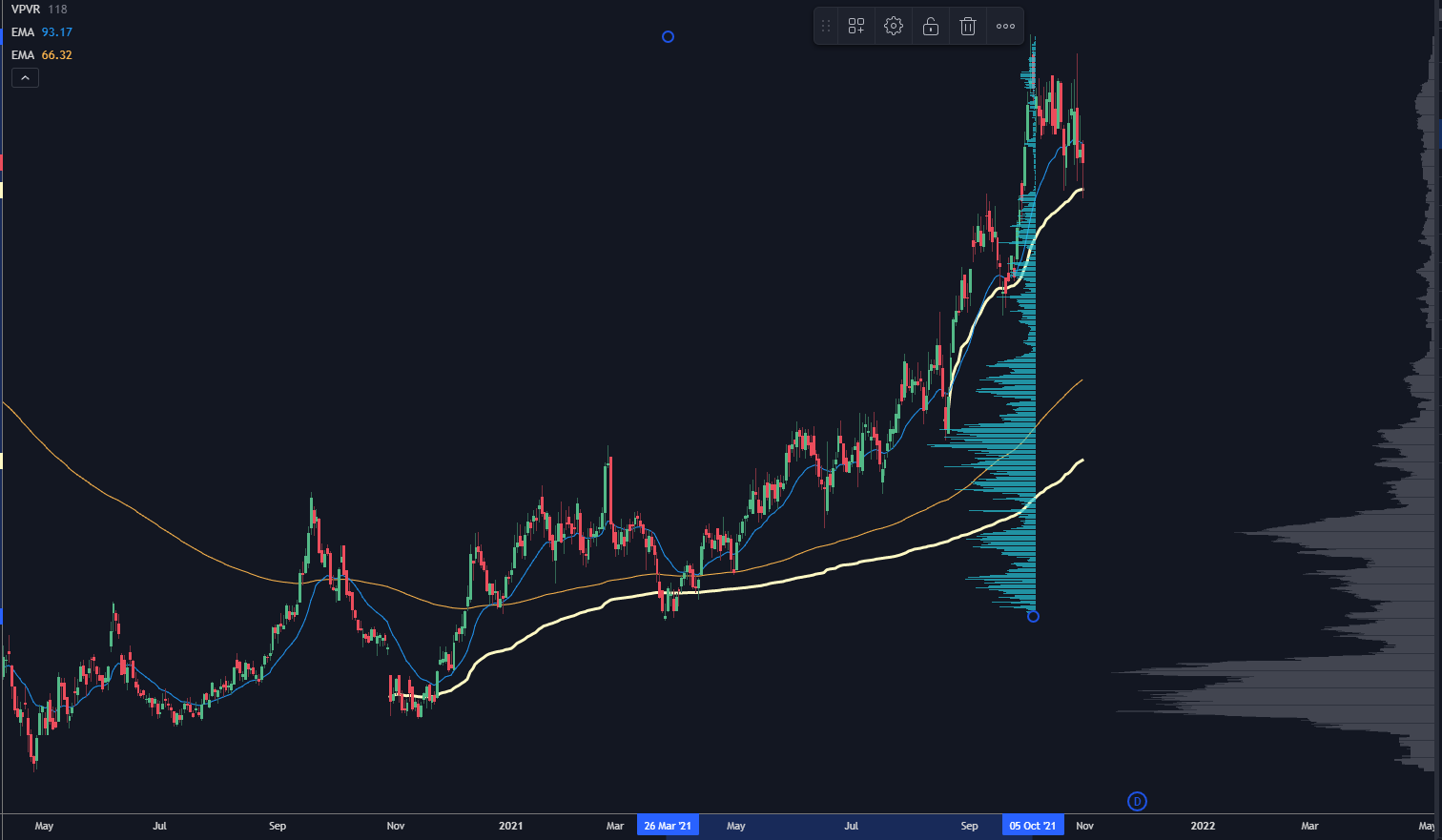 A slightly different chart today in ARCH. This is a coal name that’s had a great move higher, but it’s starting to top out a bit and could be due for a stop run with the weak hands bailing.If we manage to get a flush into the low 80s I want to be involved. 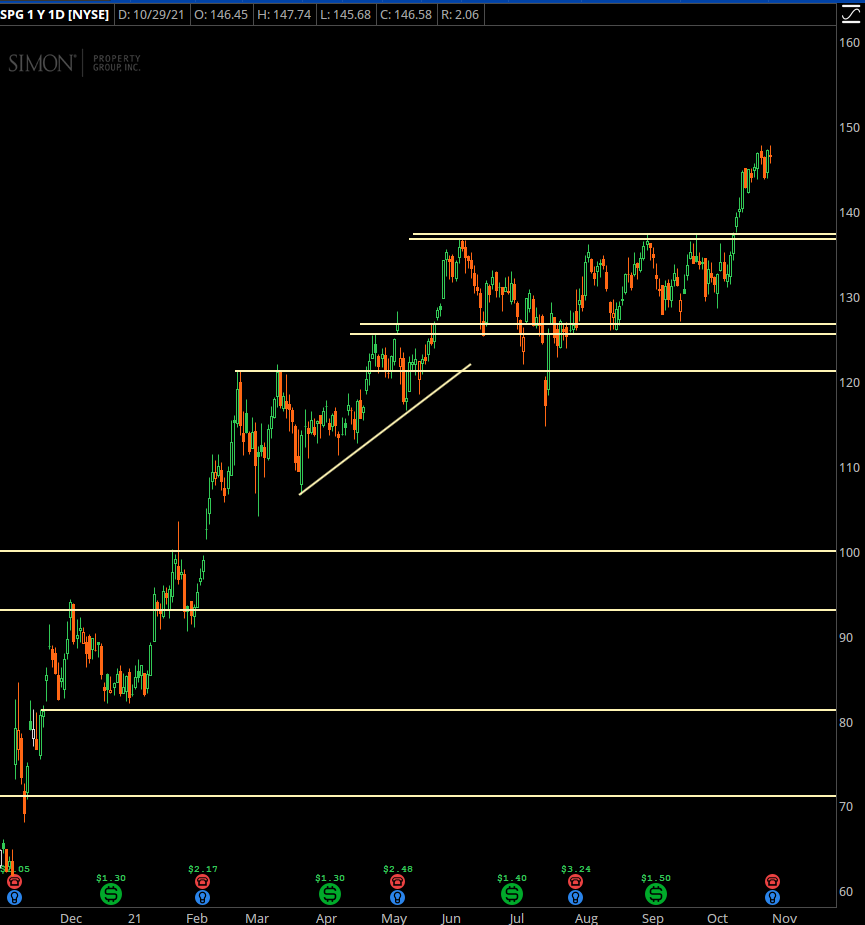 This is a bit of a “wish” kind of price, but Simon has been in a steady breakout. If we get a pullback then I’ll play it as it comes into retest the prior breakout level.